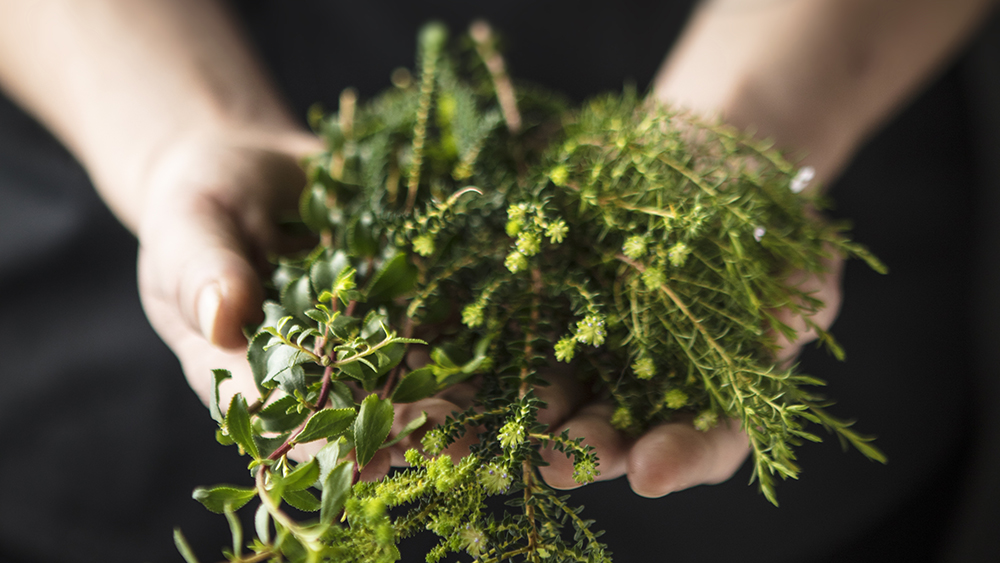 Not every ingredient gets the respect it deserves, but a group of culinary heavyweights is fighting to change that.

Relais & Châteaux, an association that comprises more than 580 individually owned and operated luxury hotels and restaurants across the globe, has joined forces with international nonprofit Slow Food to help save local products and indigenous ingredients that are at risk of extinction.

Established in 1989, before sustainability was really a thing, Slow Food is committed to restoring the value of food through programs like the Ark of Taste. Created in 1996, this online catalog features more than 5,500 endangered fruits, seeds, vegetables and spices that experts have determined need to be protected.

This year, Relais & Châteaux’s network of noted chefs, many of whom are considered guardians of local culinary traditions, nominated 85 products from 28 different countries for the Ark of Taste to raise awareness of their existence and help prevent their disappearance. After a strict evaluation process featuring no less than 20 technical committees, all 85 have been added to the catalog.

It’s worthwhile noting that these are not things you can just pick up in any old supermarket. Each ingredient is rich with culture and history, so losing them would also mean losing flavors and recipes that have been handed down for generations.

In some cases, changing social and/or cultural conditions have put the ingredients at risk. Take the Gravenstein Apple, for instance. A symbol of the Sonoma County community, the apple’s cultivated area of 7,400 acres has been reduced to one-tenth of its former expanse, measuring a measly 740 acres today. This is mainly due to the success of the region’s wines; the orchards have been cleared for more profitable crops such as vineyards. The apple, which was nominated by Kyle Connaughton of Single Thread Farms, has a sweet, tangy taste, and is quite versatile by nature.

“In addition to its usual use in cookery, it is ideal for the production of cider and apple juice,” Connaughton explains. Indeed, head to the chef’s Michelin three-star restaurant Single Thread between August and October, you’ll be welcomed with a glass of Gravenstein apple juice—so long as the ingredient is still available, that is.

In other instances, its the conditions of cultivation that threaten the survival of certain ingredients. Legendary New York chef Daniel Boulud, who helms no less than 13 restaurants, nominated Staghorn Sumac for this very reason. Native to certain parts of the US and Canada, this shrub generally grows in open places, such as roadsides, forest edges and clearings, but because of its very rapid spread, farmers have tried to either eradicate or control it. Furthermore, it is sometimes misidentified as an invasive plant named the Tree of Heaven, which has led to further attacks on Staghorn Sumac populations. Boulud forages his sumac in New Jersey and often uses it as a seasoning for fish, game meat and sauces.

“At Restaurant Daniel, we like to incorporate it into our menu to grow awareness of the wild spice that has a reputation of being an invasive species so it does not go to waste,” Boulud says. “Sumac can be used to amplify almost any dish as a seasoning to add acidity.”

Sometimes, the survival of a particular ingredient hinges on a single producer. Persillé de Tignes, a goat cheese hailing from the French Alps, has survived since the 18th century due to the work of the Marmottan family farm. Chef Julien Dumas, who helms the kitchen at Saint James Paris, came across Persillé de Tigne through his cheesemonger friend, and nominated it for the Ark of Taste to ensure its unmistakable flavor profile is not lost forever.

“We need to make this cheese known in order to stimulate new vocations. That is the role of a chef,” Dumas says. “Today, it is essential that chefs take the lead to bring people’s attention to the environment and to the protection of biodiversity.”

Dumas adds that Persillé de Tignes is deserving of a place on a cheese plate, but, given its crumbly texture, it also works well in salads and cauliflower bakes.

That’s just, well, a taste of the prized produce that has been added to the Ark of Taste this year. (You can check out the full list here.) The Relais & Châteaux chefs will also run a series of events and virtual initiatives to illustrate the importance of the ingredients they nominated, and to highlight their local culinary heritage. This might include demos on how to cook and harvest each ingredient in a way that is respectful to the environment, and discussions on such topics as whether it’s best to eat more of a species to stimulate production or less to allow it to regenerate.

“Biodiversity is not only genetic, but also cultural; it comes from and belongs to the heritage and traditions of the entire planet,” Slow Food president Carlo Petrini says. “With the industrialization of our food system, we risk losing both the hundreds of corn varieties and the savoir-faire of a small village’s cheese producer.”