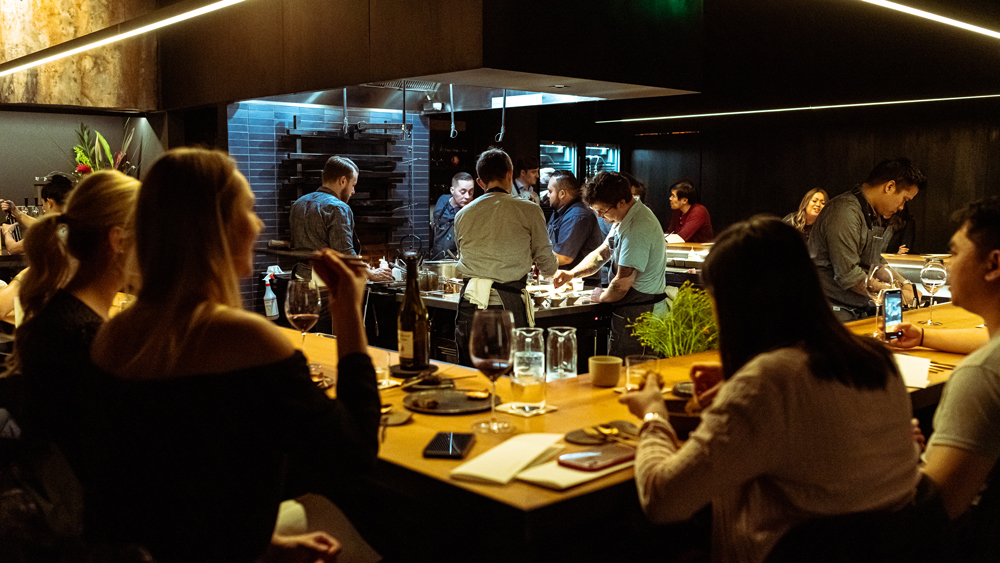 The idea had weighed on San Francisco chef and restaurateur Marc Zimmerman for some time. Although all of his staff is vaccinated, he was torn about whether he’d require the same of his diners at his Wagyu-focused tasting counter Gozu. “I thought about it initially a few months ago and it seemed a little far out, like it was going to rock a few boats,” he tells Robb Report. “It’s all about hospitality and we don’t want to exclude people from dining with us.”

But as Covid-19 cases have surged—up 161 percent in California from two weeks ago—Zimmerman decided it was time to require proof of vaccination or a negative test starting last Saturday. He felt that in order for patrons to dine comfortably at his restaurant, where people interact with the chefs as well as other diners, he’d need to implement such a measure.

He’s not alone. A growing number of restaurants and bars are announcing they’ll require diners to be vaccinated as well, or at the very least present a negative test result.

Sushi Yoshizumi, a Michelin-starred restaurant in San Mateo, Calif. announced Tuesday that it would implement the requirement. In a statement, the intimate sushi counter said that because its small size necessitates people to sit close and interact with the chefs, it was necessary for them to exercise precaution.

In Hollywood, L’Antica Pizzeria da Michele isn’t requiring vaccinations, but at the restaurant’s new 55-person outdoor lounge, Caffe degli Artisti, diners will have to show a negative Covid-19 test from the last 24 hours or submit to a rapid PCR test before entry.

In Seattle, Eric Rivera has made being vaccinated a requirement for diners since reopening Addo on May 27, speaking out on the issue well before many other restaurateurs. He’s joined in the Emerald City by Watson’s Counter, a specialty coffee bar and Korean-inspired brunch spot that will check diners’ status when it reopens August 1. “With the Delta variant making its rounds, it was important to me to protect my staff and also the people who are entrusting the safety of their experience in my restaurant,” Watson’s owner James Lim says.

In Atlanta, the gastropub Argosy announced on its Instagram that it would require vaccines not long after they posted that positive Covid-19 tests would require them to shutdown indoor dining until they had enough staff to run a service. Since the restaurant unveiled its policy, its owner says they have received death threats.

And on Monday, the San Francisco Bar Owner Alliance, a group of 500 bars in the city, announced its members would implement vaccine requirements.

Restaurateurs are arguing this step is necessary to ensure the health and safety of their staff and diners. What they’re also offering is peace of mind to wary customers who may be spooked by rising case numbers the past few weeks. At Gozu, Zimmerman can see the trepidation in his bookings. In late spring and early summer, the restaurant was busy, but the last few weeks have felt different, with business down up to 60 percent on some days.

“It was back to normal—for a second,” Zimmerman says. “People are cautious. We’ve seen some numbers start to dip. It’s kind of back to the super-volatile business levels that we were at initially when we reopened—before we had high vaccine rates.”

The US is still far from following other governments’ vaccine mandates. In France, parliament approved a law this past Monday requiring people to be vaccinated if they wished to enter restaurants. After French President Emannuel Macron announced the policy two weeks ago, a record number of French citizens signed up for their first dose a day later. Zimmerman says he’d prefer to see restaurants take this step together proactively, instead of waiting on the city government to act. But he does think action is needed, because this is far from over.

“I feel like when winter comes around, I’m sure there’s going to be another round of something,” Zimmerman says. “So, it’s all just kind of riding with it and making sure we’re doing what’s best for our guests and our staff. That’s how I sleep.”