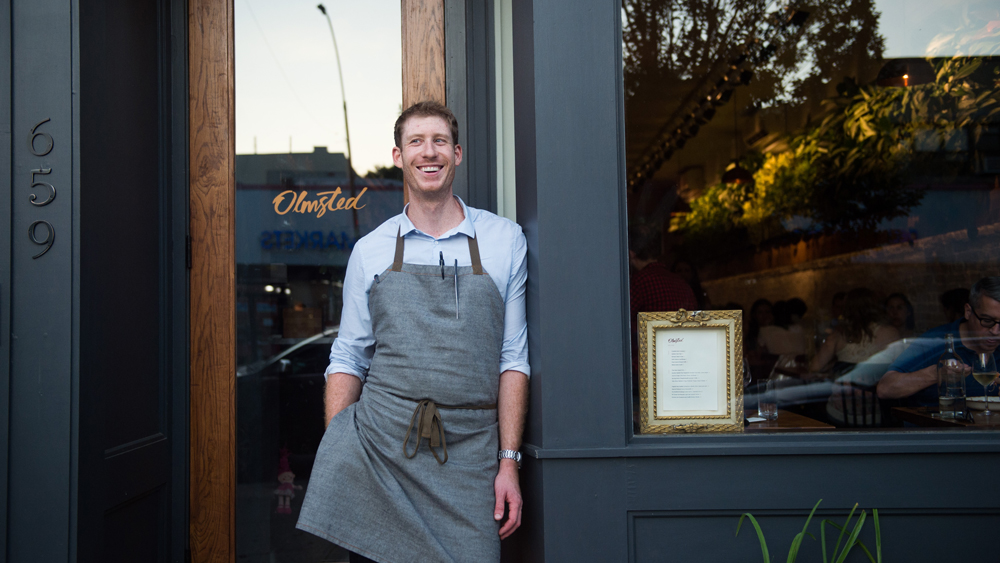 When Greg Baxtrom ventured out to Prospect Heights in Brooklyn to open his thoughtful neighborhood restaurant Olmsted, he brought with him some serious culinary street cred. He’d worked in the kitchens of Alinea, Per Se and Blue Hill at Stone Barns, honing his talent. However, he left one thing behind at those kitchens: tasting menus. That just wasn’t the kind of restaurant he wanted to have at Olmsted.

Well, nearly two years in, the pandemic is still forcing chefs and restaurateurs to throw out their old playbooks and adjust on the fly in order to survive. Hence, Olmsted has ditched its a la carte menu to adopt a pre-fixe offering every night.

“December, which is usually the busiest time for restaurants, was a really tough month,” Baxtrom told Robb Report. “The Omicron surge created a lot of stopping and starting of service, and with that and the holidays, it just felt really difficult to put out food that was up to our standards.”

Baxtrom isn’t alone. Alfonso Zhicay’s Casa del Chef Bistro in Queens also adopted a tasting menu, while across the country, the Seattle dining institution Canlis has done the same. “This format requires fewer staff and allows us to better and more safely serve our team and our guests,” the restaurant posted on Instagram, announcing the change to an eight-course, tasting menu-only restaurant as it rides out the Omicron surge.

It was a move that others embarked on earlier in the pandemic. Michelin-starred Bell’s in Los Alamos, Calif. made the switch to a tasting menu as it gamed out how to open safely after the initial wave of pandemic lockdowns.

“Back in March 2020 we were forced to make a fast decision on the viability and future of Bell’s without any clue what was coming next,” Companion Hospitality CEO Greg Ryan says. “The initial drivers on this decision were balancing less guests in the dining room and making sure we were covering our staff’s healthcare. We had to switch from a volume-driven mindset to a price-driven one.” Along with the tasting menu came a set 20 percent service charge. And, of course, some restaurants saw the benefits and made the switch before the pandemic hit, like Amanda Cohen’s vegan Dirt Candy in New York, which went tasting menu-only in 2017.

Tasting menus help address two key problems restaurants face right now: the labor crunch—made even worse by Omicron—and inflation that has increased food costs. “A tasting menu format foundationally allows us to run with a better budget, as we’re bringing in less variety of food which changes the cost of food overall,” Baxtrom says. Also, with a set menu, staff isn’t spending time prepping a la carte dishes on the chance they’ll be sold that night.

Other chefs have wrestled with the idea of making a switch, seeing the obvious benefits, but doubting if the change makes sense for them. “It will help make things more consistent—from an ordering and production perspective it makes sense,” DC-area chef-restaurateur Michael Rafidi says. “From a guest point of view and concept, I don’t think it’s the best idea for Albi.”

To some extent, Canlis and Olmsted agree, as they see the switch to tasting menus as a temporary measure. But Bell’s hasn’t looked back. “This ended up resonating with our local and regional guests, and—most importantly—benefited our staff and overall business,” Ryan says. “The set menu changes daily allowing space for our team to be creative within a controlled environment. And in terms of then vs now, we had 11 on staff pre-Covid and have since tripled our team.”