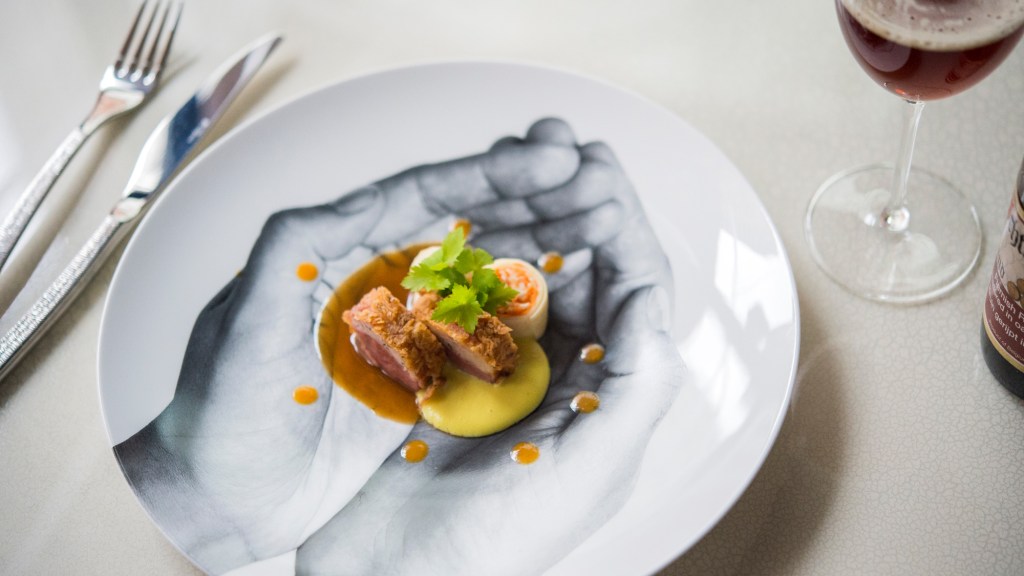 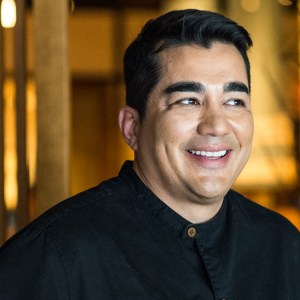 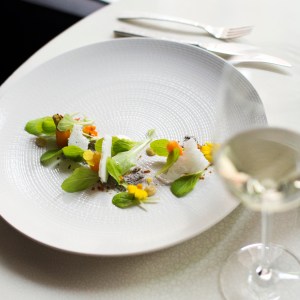 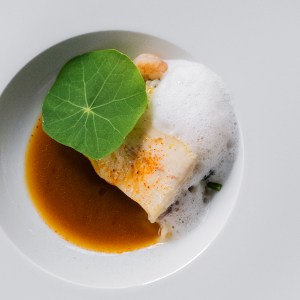 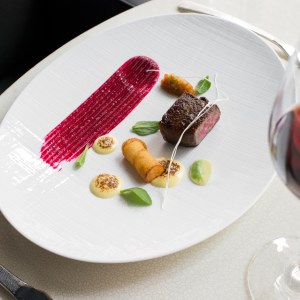 For Philadelphia diners who want accessible, unpretentious fare, the city has a lot of options. Jose Garces’s Volvér isn’t one of them—and doesn’t want to be.

Since it opened in 2014, Volvér has served as the city’s most ambitious and unapologetically opulent restaurant. Located in the Kimmel Center for the Performing Arts—a space accustomed to grand, symphonic experiences–Volvér’s 12-course tasting menu emphasizes creativity and presentation. It’s not meant to make diners comfortable; like a lot of great art, it’s meant to surprise and challenge them first, and delight them second.

Like they have each fall since opening, Garces and his team at Volvér recently overhauled the menu. Here, he talks though the changes and his creative process, and offers his take on Philly’s dining scene.

How would you describe Volvér?

It’s a special place. It’s in the Performing Arts Center, so there’s a lot of art going on there, and I want the restaurant to be a part of that. I think the art of fine dining still needs to be celebrated. As culinarians, it’s important that we keep doing that sort of service as food is trending in other directions. It’s still a nice thing to get dressed up to go to dinner, and celebrate time with whoever you’re having a meal with. And yes, with that experience, we want a little bit of the formality and emphasis on service and presentation.

How do you create the menu?

We pride ourselves on changing the menu—especially the tasting menu—in a big way. This is the fourth year we’ve done this—where we’ve flipped basically 90% of the menu. It’s about 12 items. So revamping that—it’s a heavy lift. But for our guests who’ve had the menu once or twice, we need to evolve so that they have new things to look forward to. So I wouldn’t say it’s easy, but it’s a fun process. It starts during the summer when we work through some of the test phases for new dishes. I have a test lab in our offices on Walnut Street. We look at seasonal ingredients, and try to work those into the menu. It’s a creative process, so that’s fun. Right now, of all the seasons, this one has—I’d say it’s a little more grounded. Less technique, and more flavor-forward. This will be the base that we live with for the year, but we’ll turn over one or two dishes a month as seasonality hits.

What is the creative process like that allows you to continually recreate the menu?

New dishes are a collaboration between me and my culinary directors—Greg Ciprioni and Pete Almonte. We all collaborate on ideas. We have brainstorming sessions. You know, it’s funny the way menus come together. We’re still operating in the classic tasting-menu style in terms of its progression. We want each dish to stand out and be memorable, but flow is also important so that diners have a spot-on experience.

So we start with snacks and lighter bites. In the past we’ve gone from there into a raw fish prep, but in this case we’re starting with soup—a hot item that gets the palate going. We’ve been doing this kind of seasonal field salad, and we keep that going. I have a farm up in Bucks County, and I know a grower out there, Wild Blossom Farm, who’s growing some amazing foods. So there’s a dish named Wild Blossom, and it’s all my favorite lettuces and microgreens. We go from there into fish and shellfish dishes where we try to incorporate some seasonal ingredients that we’ll turn over in winter. A Dungeness crab with a sweet potato tart. From there we do a fowl and a lamb crépinette, and we have a cheese course—a triple-milk vacharin—and three dessert courses.

Is there a dish on the menu that you’re especially proud of?

We do a 104-degree trucha, which is a Tasmanian sea trout. And it’s confitted with a little black olive, lemon aioli, burnt onion dashi, sage. We do this pretty cool technique. Michael Han is at Ortzi in New York, one of my restaurants, and he does basically like a sous vide technique—curing it briefly and then sous vide—which maintains all the flavor but adds some really interesting textures.

In the past, your Ecuadorian heritage has shown up in your cooking. Is any of that influence present in this new menu?

Not a ton in this menu, no. The ribeye cheesesteak, a snack course, has some fried queso fresco. But no, not a lot of that in here.

Any other influences or fun stories behind these dishes?

Star Canyon—the Dungeness crab dish—was inspired by my time as an intern back in 1995. I worked as an intern for a restaurant in Dallas called Star Canyon. Stephan Pyles was the chef—one of the first celebrity chefs I worked for. I was just beginning to learn how to line cook. First they put me on sauté, and I had a few crash-and-burn nights. So they pulled me off and put me on appetizers. There was a crab tart, and I probably cooked and plated 3,000 or 4,000 of those. So this dish is an homage to those days.

How does Volvér fit into Philadelphia’s food scene?

There’s a lot of good talent here, even though it’s still a bit of a secret. But the secret got out more with the major James Beard awards chefs here won last year. I mean, this is where I started my career, so I’m proud of the town. Great diners, loyal customers. And it’s getting younger too, which is great.

It does seem like there’s a little lull right now. There’s a fast-casual movement in our industry, and Philly is a nice launching pad for many of these brands. It’s been happening around town for a while now. Chefs keep popping places open. This is a university town, and a hospital town, so those types of eateries are driving the industry here at this point. But I think that’s why it’s important to keep Volvér the way it is.