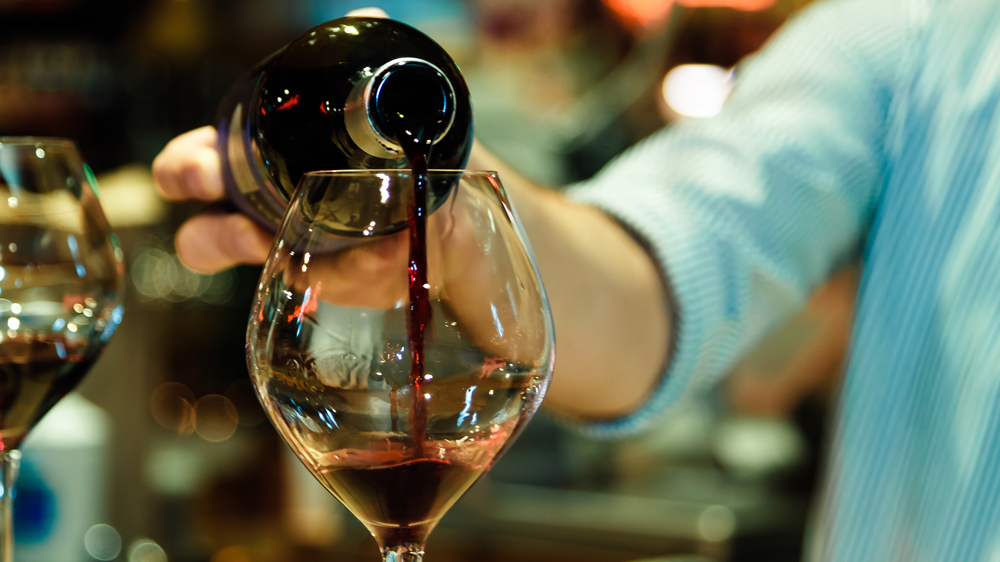 The game of chicken continues apace, but at least now it appears the two sides are willing to tap the brakes. On Monday, French President Emmanuel Macron tweeted that he’d had a “great discussion” with President Donald Trump to avoid the tariff escalation that has had American restaurateurs nervous about a 100 percent tariff on wine, cheese and olive oil, among a whole host of products imported from the European Union.

The industry-wide nerves stem from the fact that wine is nearly as important to the bottom line in restaurants as food in a business with already thin margins. “Forty percent of sales at our restaurant group is wine, which is lower than some places where it might be 60 percent,” says Nick Kokonas, co-owner of The Alinea Group, which owns multiple establishments, including Chicago’s only Michelin three-star restaurant, Alinea.

And at wine bar Esters in Santa Monica, Calif. owner Kathryn Weil Coker says 70 percent of her business is from wine. “It’s a really hard time for restaurants, especially in California with the minimum wage going up,” she says. “We really can’t change what we’re making on wine.” So a tariff of 100 percent would have to be passed along to customers, who would then spend less on wine and cut into revenue and profits.

Some have already noticed the effects of the 25 percent tariff the Trump administration implemented last fall. “We increased pricing appropriately,” Kokonas says in response to the recent tariff. “It’s Econ 101, even at the high end, when you increase the pricing, you reduce the number of people purchasing. So we have more people purchasing the lower-end pairings than the middle and high-end pairings now. That’s what you’d expect, you learn that your freshman year of college, so doubling them will take it to zero—no one is going to buy it. Those same people who buy wine pairings, no matter how much money they have, won’t feel a sense of value if we double prices.”

The path to the tariff showdown began back when George W. Bush was in office and Facebook was still called The Facebook. Last October, when the World Trade Organization ruled in America’s favor over a dispute dating back to 2004, its arbitrators found that the European Union gave illegal subsidies to Airbus for its development of the A350 and A380 airplanes. The WTO gave the US the right to retaliate against the EU in the form of $7.5 billion worth of tariffs on EU products.

The battle has been inflamed by France imposing a three percent digital services tax, where tech giants like Facebook, Google and Amazon will have to pay for revenue generated in France from activities including collecting data and selling targeted advertising. Which is why the internet behemoths’ lobbying arm (The Computer and Communications Industry Association) was in DC earlier this month to compel the government to implement the steep tariffs on European goods.

“It’s asymmetric,” Kokonas says. “We produce more digital technology than anywhere else in the world, so [the Trump administration] is like, well, where can we hurt them the most? Wine. And agricultural products. I get why they’re doing it, but I don’t think they realize how much it hurts small business owners and consumers.”

Great wine is finite. It’s not like you just stamp out more widgets if demand grows. The best wine that arrives on American shores is the result of importers, sommeliers, wine shop owners and restaurateurs building relationships with winemakers abroad in order to receive an allocation of a winemaker’s yield. These allocations could just as easily be shifted to China, whose wine market has grown by 80 percent between 2013 and 2018. “The wine market in Asia is growing so fast—they want to buy more—so they’re going to get everything,” Coker says. Because European winemakers will be able to turn to new markets, the people most hurt by the tariffs will be the independent wine importers in America and the restaurants who rely on them.

“I mostly work with old world wines, especially because our market is already saturated with all the same local options, so for us this will be a huge blow,” says Ingrid Lyublinsky, the director of operations at Addo in Seattle. “I’ve worked to build relationships with these smaller distributors here who have very close connections with the growers and wineries that produce with the highest integrity. I certainly don’t have time to build these relations as a small operation. If everyone starts serving the same local options, then what becomes special?”

Eataly has built its business not just on Italian wine, but cheese, pasta and more.  Photo: courtesy Elizabeth Daniels Photography

Bigger businesses will be affected, too. The proposed tariffs could pose an existential threat to the US arm of Eataly, which builds its entire business model importing goods from Italy to sell to an American audience. For now, the company is keeping its cards close to its vest. “We are closely monitoring the newly announced tariffs on Italian goods and don’t expect any changes in our pricing in the near term,” an Eataly representative told Robb Report. “We believe keeping products accessible for all is an important aspect of open cultural exchange, and we remain committed to continuing to support and import goods from our Italian producers.”

While Eataly isn’t revealing its plans, in the short term, Lyublinsky, Kokonas and Coker are stocking up, but they acknowledge that will only get you so far.

The tariffs going through would push restaurateurs to look to regions outside of Europe. “I’ll have to get creative,” Coker says. “Luckily, Australian wine has improved and we’ve had a lot more interesting wine from there lately and South America.”

Kokonas worries about being able to meet the expectations of diners who come from all over the world to dine at his and Grant Achatz’s modernist mecca. “While we have awesome wines in America—and we showcase those as well—what people really want when they come to Alinea is the ability to choose from all over the world,” Kokonas says. “That’s part of the fun journey of dining here is doing the wine pairings that we do. So if we stuck to just California and Oregon, it’s just really hard to do a pairing while being limited to those styles.”

For now, restaurateurs are hoping the 100 percent tariffs is just a bit of saber rattling between world leaders and that cooler heads will prevail as Monday’s news indicates could be the case. But Coker is getting mentally ready, nonetheless. “If it does go through, I’ll be happy I’ve spent all this time hoarding my Burgundies.”