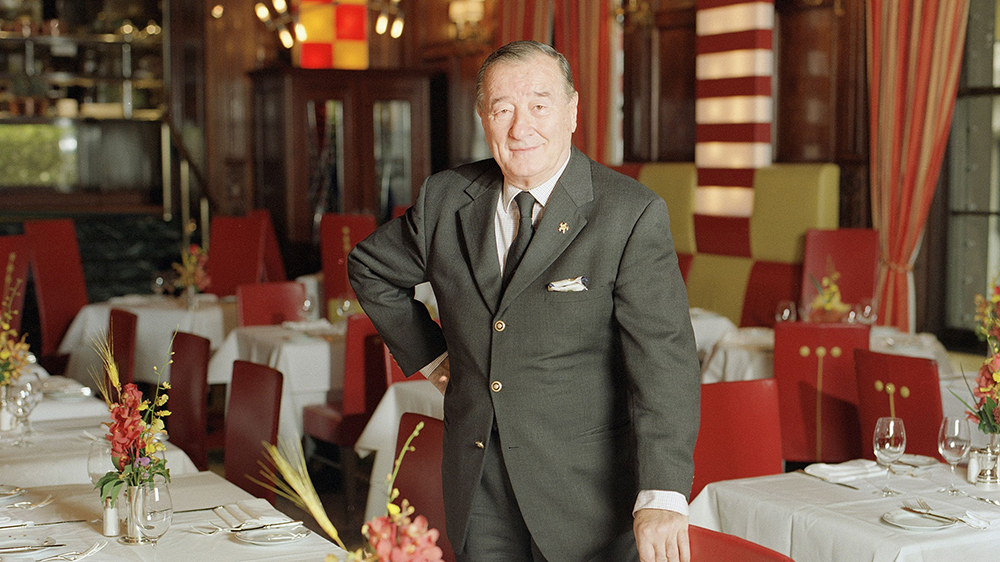 For more than 40 years, Sirio Maccioni was the shining star of New York’s fine-dining scene. The ever effusive maître d’, who opened Le Cirque at the Mayfair Hotel in 1974, looked after the city’s most exclusive clientele and was renowned for his convivial nature and unparalleled showmanship. Alas, his bright light has finally tapered out.

On Monday, the Tuscan-born restaurateur died in his hometown of Montecatini in Tuscany, Italy. His son Mauro Maccioni confirmed the death through a family friend, according to The New York Times. He was 88 years old.

“Le Cirque is strictly New York people,” Maccioni once said. “New York people don’t eat at home; New York people go out.” Indeed, the restaurant opened its doors just as the era of dining out began, and the Italian won diners over with his larger-than-life personality. Throughout his reign, Maccioni arranged tables for Manhattan’s movers and shakers, as well as A-List regulars like Nancy Reagan, Richard Nixon, Bill Cosby, Frank Sinatra and Julia Child.

He had a profound impact on his colleagues, too. Before arriving in Manhattan in 1956, Maccioni cut his teeth at the top restaurants across Europe. He garnered a wealth of knowledge about the upper echelons of society and haute cuisine, which he subsequently passed on to an array of protegees. Some of the New York’s most acclaimed chefs passed through his kitchen, including Daniel Boulud, David Bouley, Geoffrey Zakarian, Jacques Torres and Michael Lomonaco, and were no doubt irrefutably shaped by his culinary traditions.

Over the years, the restaurant moved to two different locations and Maccioni eventually handed over the reins to his sons Marco and Mauro. After nearly half a century satiating the who’s who of the city, Le Cirque eventually closed in late 2017. The restaurant cited rising rents as the reason for the closure, but there seems to have been other issues at play, including claims of sexual harassment, wage-theft lawsuits, bankruptcy, and bad reviews.

Although there’s no longer a Le Cirque in New York City, the family opened outposts in Las Vegas, New Delhi and Dubai, before Maccioni’s passing, where his legend will undoubtedly live on.