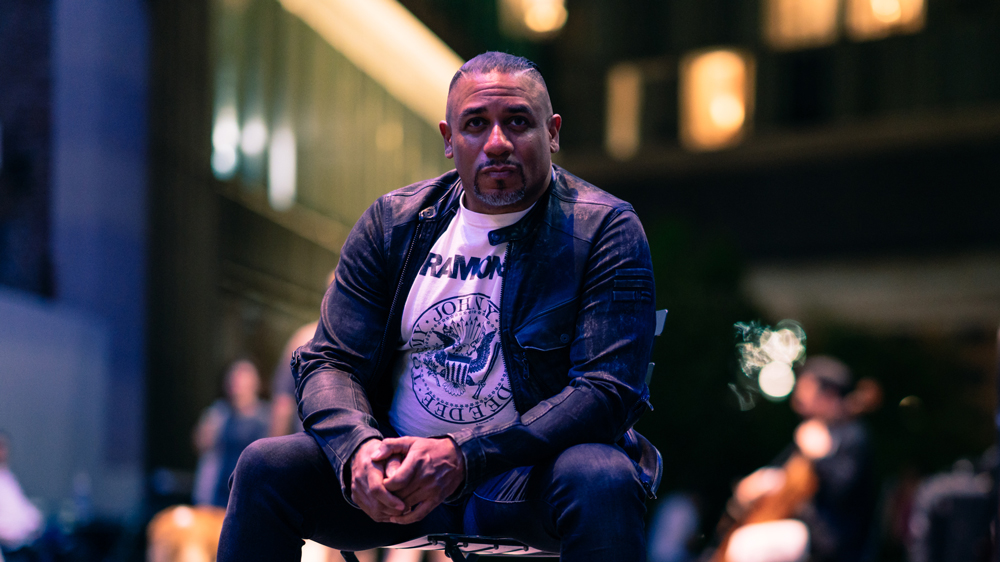 If you couldn’t Instagram your meal, would you even bother to eat it? Chef Russell Jackson certainly hopes so. Last week the California chef opened Reverence in Harlem, a rare tasting menu concept in the neighborhood, and he banned technology. No cameras, no phones, just food. He says it isn’t a gimmick; it allows guests to be truly present for the experience.

“I’m a skydiver,” Jackson said. “I can explain it to you, show you videos and pictures. But there’s simply nothing that can truly express or show the experience when the light goes green and the door rolls up and you look out for the first time. You just have to be there to get it.”

With Reverence, the Los Angeles-born chef is bringing the principles of West Coast farm-to-table cuisine and the spirit of the supper club to New York. The menu is Jackson’s spin on California culinary history and is influenced by the diverse cultures of the state. Dishes have included black pea heirloom rice, quail egg empanadas, escargot with fermented uni-chile crema and almond-honey cake with coffee syrup.

“It’s an homage to my upbringing and career. Quality driven, creative, French, Italian, Japanese, Korean, Hispanic… The flavors, techniques and styles that I grew up with and have come to love,” he said.

Jackson was a fixture of San Francisco’s underground dining scene a decade ago and introduced “supper clubs” to the city before the subculture concept became mainstream. Classically trained in French and Italian cuisine, he opened restaurants including Lafitte (now closed) in San Francisco and served as chef at the James Beard Award-nominated Black Cat, a supper club and live jazz music venue.

He has also appeared on various Food Network programs such as Iron Chef America and Food Network Star and is co-host of Bravo’s Going Off The Menu. Reverence is his first restaurant in New York.

“Harlem is and has always been one of the most influential artistic, business and cultural demographics in the world for modern African-American expression,” Jackson said. “I live here, and my friends and I wanted an amenity like this to exist in Harlem. We’re a restaurant and style that Harlem deserves. We’re grateful to now be a part of the culinary tapestry.”

The fine-dining landscape there now includes Rao’s, Clay and Michelin-starred Sushi Inoue; Jackson says his restaurant will be different: approachable and affordable. Reverence, which has 18 seats surrounding a chef’s counter, serves a set five courses. Diners select their meal—protein (California-inspired seafood or poultry) or non-protein (vegetable-centric, dairy)—when they make their reservations. Jackson says getting that decision out of the way before arriving prevents diners from feeling rushed.

“Our style and service points aren’t anything new. We’re just working hard to make good food and provide an intimate level of detailed service. We hope to make a difference in our quality, sustainability and mandate on conservation and waste,” he said. “Reverence will hopefully take the path of Atelier Crenn and Dominique Crenn, or Jeremy Fox’s success. We want this restaurant to be a cornerstone for a greater ecosystem of culinary offerings. Again. Harlem deserves this. We deserve this. It’s time.”