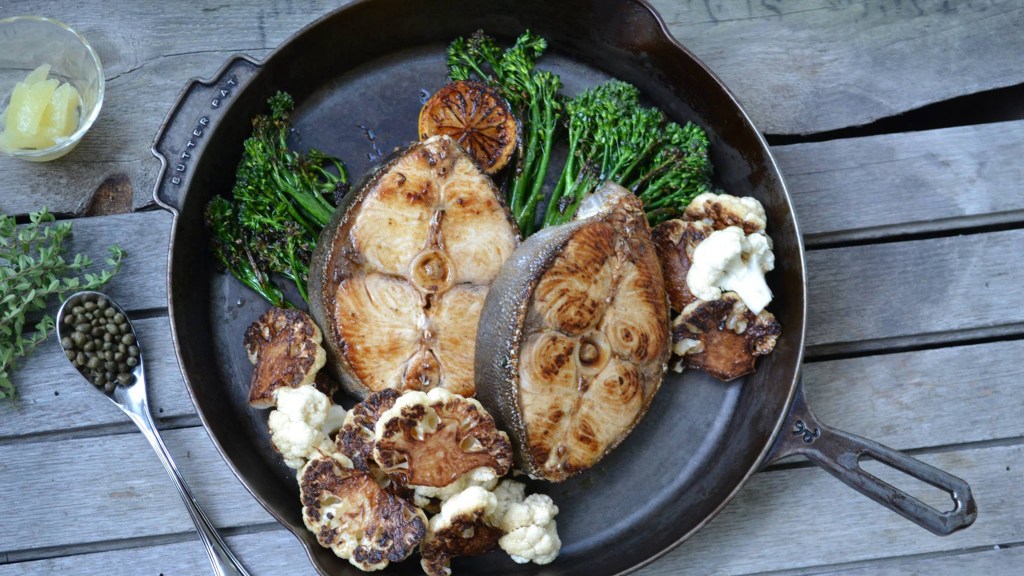 In terms of bang for your buck in the kitchen, its tough to find a better pan than a Lodge cast iron skillet. I’ve got a couple different sizes in my cabinet; the larger of the two I’ve had for more than a decade and it works as well as the day I bought it. The truth is though, that big lug of a cast iron pan could be improved upon, and Dennis Powell, the founder of Butter Pat Industries did it.

Inspired by his grandmother’s 40-year-old cast iron pan that he unfortunately cracked, Powell became determined to create a skillet that would last another four decades. In fact, he’s so confident in the one he made, each of them comes with a 100-year warranty.

At his foundry he forged a pan that’s thinner and smoother than a standard cast iron one and has outstanding nonstick properties. But where the Butter Pat pans really shine is how evenly it heats up across the entire cooking surface. Most large skillets have the problem of hot spots, especially near the center, meaning that although you have a big cooking surface to work with, you’re really limited to that small circle where the pan stays hot. This cast iron skillet solves for that.

First, I can get the Butter Pat ripping hot with no worry of hurting it, so I can get a really good browning on my meat. Then when searing off multiple pork chops or steaks in the pan, my Butter Pat creates uniform browning from edge to edge, leading to better flavor and more consistent internal temperature. That consistency becomes really apparent when I’m using it to bake cornbread because the bottom is an even golden brown across. So the Butter Pat may be more expensive than a Lodge, its stellar performance has made it worth it.