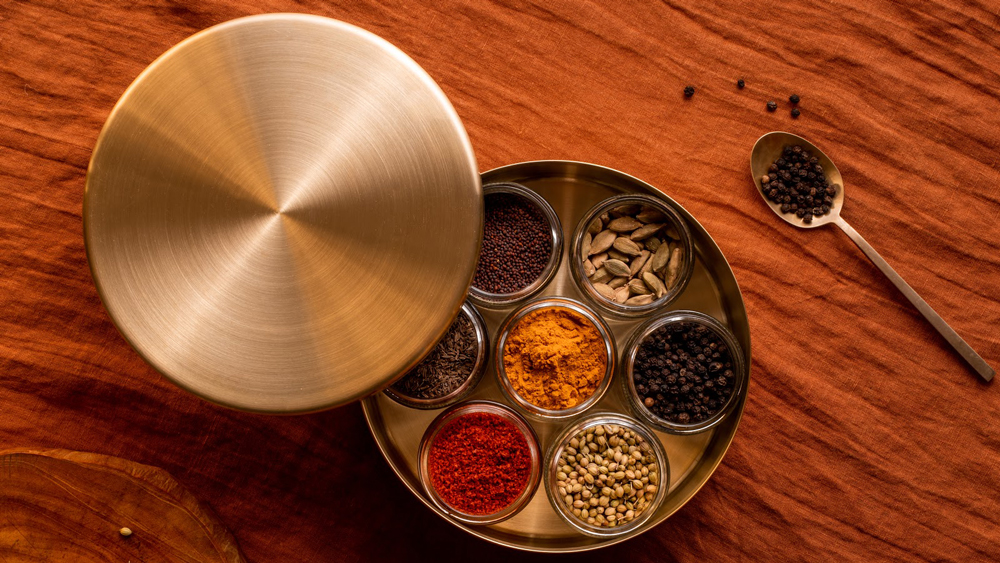 I was recently hosting friends for dinner, serving up pulled pork sandwiches with an array of classic sides like you’d get at a Southern “meat and three.” One guest stopped and asked, “What’s going on with this coleslaw?” To which another jumped in, “Yeah, this doesn’t seem like the slaw you’d normally get.”

They were right—it was different than what I’d normally do. I was trying to take some of these classics and give them an interesting twist to make them a little more memorable. So I threw together my normal recipe but also reached for a jar of Diaspora Co.’s Single Origin Guntur Sannam Chilli. This vibrant spice gave the slaw an unexpected hit of earthy, smoky heat that made the dish spicy, but not sharply so, which allowed it to play well with the acidity of the dressing. It’s not the first time I’ve deployed the ingredient of late as it has become one of my favorite chilis in my arsenal, as great on the rim of a margarita as it is in sautéed cherries served over grilled pork chops.

Diaspora Co. was founded in 2017 by Sana Javeri Kadri, who moved to Oakland early last decade after growing up in Mumbai. The goal of her company was to bring better spices to the States, but to also make sure the farmers back in India were being paid fairly for their outstanding product. And as Americans were falling for the purported health benefits of turmeric, she was able to provide a superior version of that spice, too.

But she is now also offering so much more. She created a network of farmers in India to bring some truly vibrant spices to market, including cardamom, cinnamon, a variety of chilis, sumac and a Single Origin Aranya Pepper that will be the best thing to ever grace your peppermill.

Spices are available individually, but you can also customize your delivery of seven spices that include a quarterly cooking class with Javeri Kadri to help you better deploy your bounty.