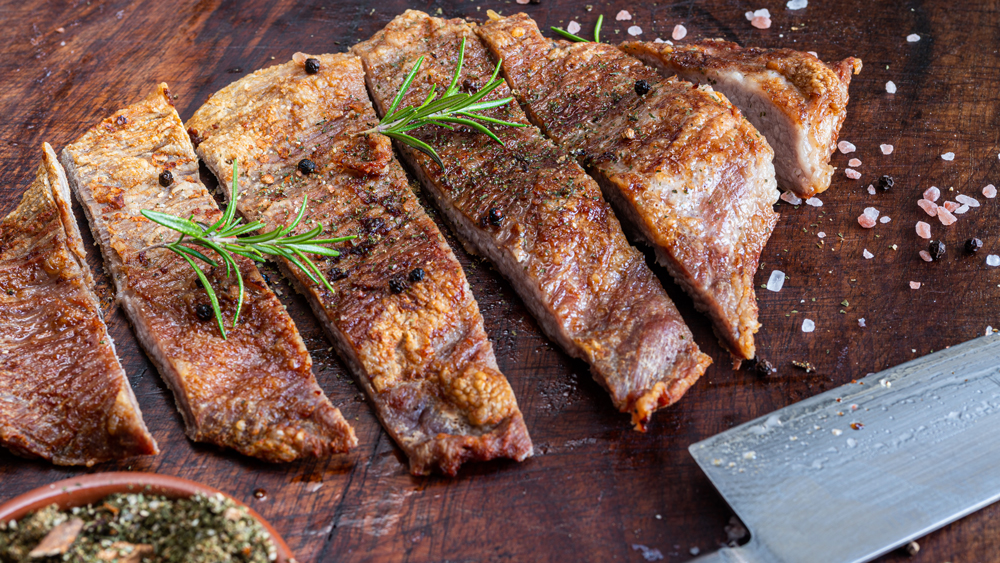 It’s not much of a looker—but this ain’t a beauty contest. The cut known as the Iberico Pork Secreto is a long, flat sheet of meat that resembles a skirt steak. It doesn’t have the drama of a beautiful ham or a bone-in pork chop. However, what it lacks in appearance it completely makes up for in flavor, tenderness and ease of cooking. And that’s why it has become one of my favorite cuts of pork to prepare.

The meat comes from the outside of the shoulder muscle on the richly marbled Iberico pigs that feast on acorns to get fattened up before being turned into the famed Spanish delicacy, Iberico ham. That means there’s a high level of intramuscular fat in the meat, which makes it so rich. It’s reminiscent of the ribeye cap steak, and it reminds me of one of my favorite pieces of pork to eat: that part of the pork loin under the fat cap where the meat is darker than the rest of the roast. The secreto is like having an entire cut of meat that’s entirely that rich, tender, deeply flavored piece of the loin.

Because it’s thin, the secreto is tailor-made for a quick char on the grill, but it’s also great on the stovetop as well. The first time I prepared Meat N’ Bone’s secreto, I went simple, seasoning it with salt and pepper before giving it a hard sear in a frying pan with a little butter and garlic in the mix. After pulling it from the heat, I dusted it with fennel pollen while it rested, before slicing it thin and serving it with a quick pan sauce. Most recently, I deployed Momofuku’s Savory Salt, seared it hard again and served it atop Bibimbap. Both times it cooked quick and easy, meaning secreto pulls off that rare feat of being outstanding enough for a special occasion, but low maintenance enough for a weeknight meal.