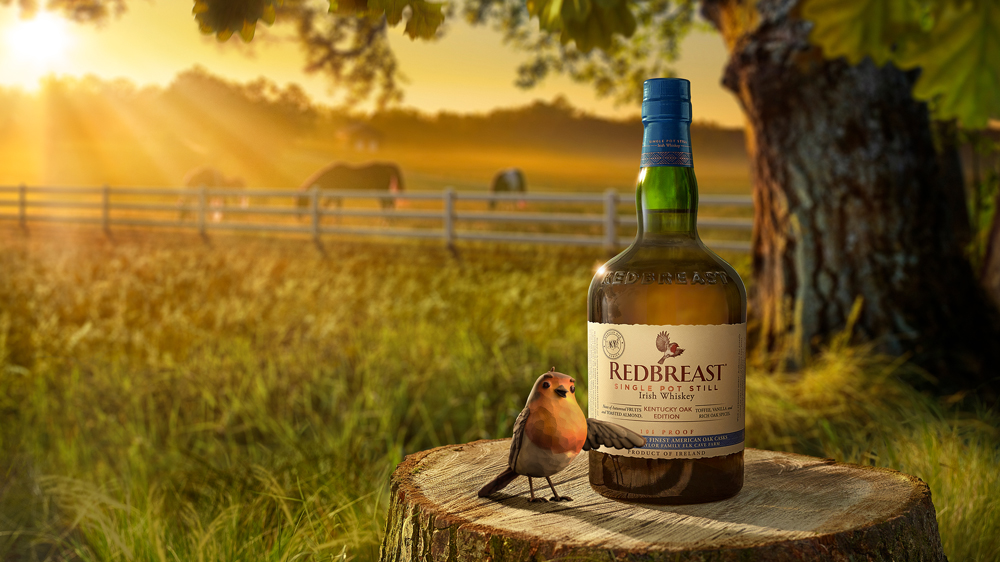 Major whiskey brands like to tinker with their formula when coming up with new series and collections. Often this is more of a gimmick than anything else, a marketing tool that uses some minor change in mashbill or maturation to supposedly yield a new flavor, and ultimately to get you to buy more whiskey. So it was with a sizable grain of salt that I approached the new Redbreast Kentucky Oak Edition, the first in the Irish whiskey brand’s American Oak Series. Redbreast has already given us some variations on its age statement lineup of tried-and-true pot still Irish whiskey, like the Lustau and PX Editions which focused on the effects of sherry cask maturation. Kentucky Oak, however, brings things back to the bourbon barrel, and the resulting whiskey is quite good, and more importantly very different from the Redbreast you have tried before.

“Redbreast is renowned for its heavy sherry influence,” said master blender Billy Leighton in a prepared statement. “This can often mean that its ex-bourbon counterpart is overlooked, even though Kentucky white oak barrels, which have previously held bourbon, are central to the Redbreast DNA.” The base whiskey does indeed have that DNA—triple-distilled pot still Irish whiskey, made from a mashbill of malted and unmalted barley, matured in American oak bourbon barrels and Spanish Oloroso sherry butts. But the whiskey is then placed into a set of virgin oak barrels that have been lightly toasted and charred for an additional three to seven months, the same type in which bourbon would be aged. 63 casks were shipped to the Midleton Distillery outside of Cork, each one made of wood from Elk Cave Farm, an oak tree farm in Kentucky that employs sustainable methods to ensure both the quality of the wood and its future availability. The whiskey is non-chill filtered, and bottled at a higher 101 proof, perhaps another bourbon nod given how strongly associated that proof is with Wild Turkey (although Redbreast is owned by Pernod Ricard, Wild Turkey by Campari).

The effects of the virgin oak finish on this whiskey are pronounced and quite lovely. The nose has layers of vanilla, sandalwood and fresh green apple, with a hit of alcohol that doesn’t burn much given the high ABV. There’s also a bit of orange that lingers. On the palate, the classic red berry and spice notes from the sherry casks are reduced, supplanted by rich flavors of toffee, caramel, creme brûlée and a strong oakiness that particularly pops on the finish. This bottle isn’t cheap, but I would absolutely consider making an Old Fashioned with this whiskey, and the 101 proof means that it can certainly stand up to a large ice cube.