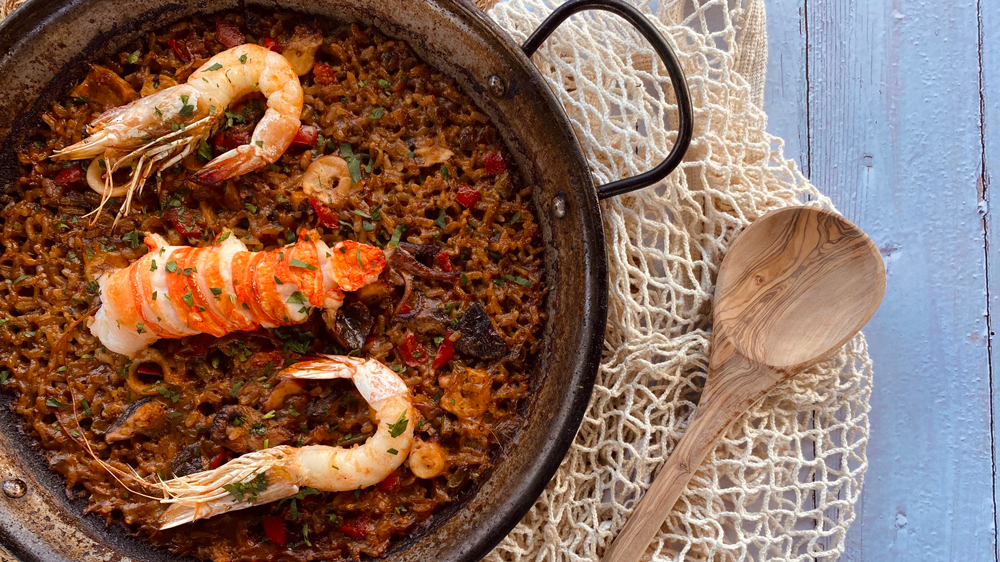 In my younger days, I spent three months backpacking around Europe, where my eyes and taste buds were opened to numerous delicious foods—from the exquisite pastries of Vienna to the truffles of Brussels to raclette in the Alps, these are foundational culinary memories. So many of these foods I’d obviously had before but I’d never had before. One such experience was an afternoon in the Pyrenees, at the top of a mountain watching the Tour de France. Not far from the finish line, a Spaniard had set up a giant burner and equally wide pan to make paella he sold to passersby. I couldn’t resist. I handed over a few euros for a disposable plate-full. It was the best paella I’d ever had to that point, and made me love the dish ever since.

However, my attempts to make paella myself weren’t always the most successful. I decided to largely leave it to the professionals, like the team at José Andrés’ Mercado Little Spain, the grand New York food hall devoted to the chef’s homeland. I’ve scorched my paella, undercooked it, created a gummy mess, and most embarrassingly, overcooked and undercooked the thing at the same time.

It had been years since I made paella myself. But I thought I’d give it another go with the help of Telefèric Barcelona’s kit. The Spanish restaurant, which has opened two outposts in America, sells a collection of Spanish specialties online like Iberico ham and a range of conserves. It also offers a paella kit that gives you the proper pan, pre-made sofrito, olive oil, peppers, a spice blend and bomba rice. You can feel free to add the proteins you like—for mine I went with chicken thighs and shrimp. I rendered the fat out of the skin of the thighs and then sautéed my sofrito in it, boosting the flavor even more. Then I proceeded with the instructions that were included and nailed the dish on the first try.

Now that I’ve got the basic cooking down with Telefèric’s help, I’ve got the confidence to tackle the entire dish from scratch. But I may just let Telefèric keep doing a lot of my prep work and ingredient sourcing for me.