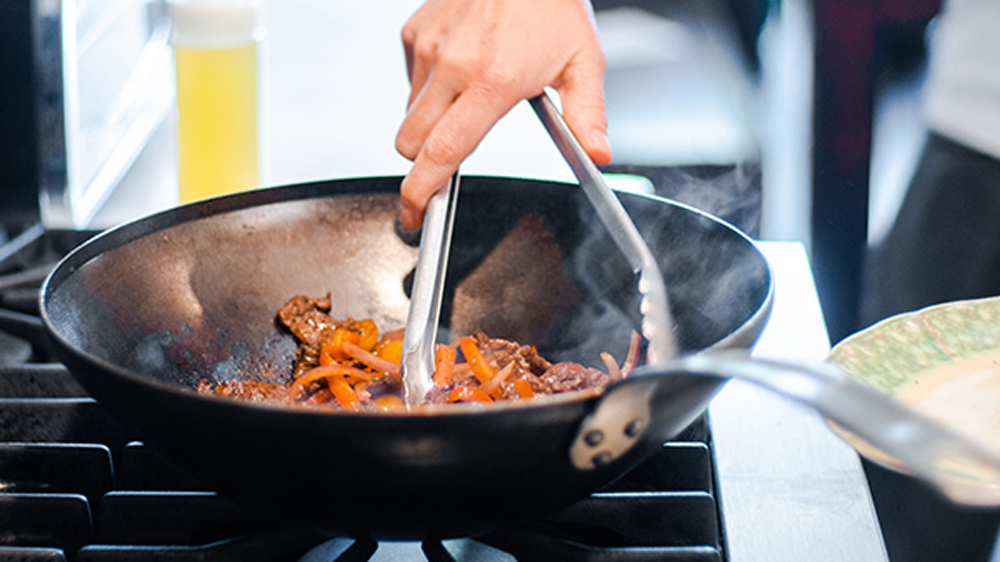 Photo: courtesy Made In

I’m not really in the market for budget cookware, myself. I’ve bought cheap pans in the past only to regret it soon after as they clutter up my kitchen, unused because of inferior finishes or poor heat transfer. They really aren’t worth it.

So I’ve been a little skeptical of this new wave of direct-to-consumer cookware brands like Made In that promise quality at a price point lower than the likes of All-Clad or Demeyere. However, the exacting teams behind Michelin three-star Alinea and Le Bernardin were impressed enough by Made In’s quality that they invested in the company and then swapped out all the cookware in their kitchens for Made In.

My first venture into Made In has been its carbon steel line. Carbon steel isn’t as common in home kitchens in the States as it is in France, where Made In’s carbon steel pans are manufactured. You’re more likely to have stainless steel and cast iron in your arsenal. The carbon steel is a little more finicky than stainless because it doesn’t love being exposed to acid for long periods of time (don’t simmer a tomato sauce in them) and it requires upkeep not dissimilar to cast iron. However, when treated well carbon steel can be quite nonstick. It’s also lighter than cast iron and conducts heat really well.

When cooking with the carbon steel wok, I really appreciated the high heat I could subject it to. It was also light and easy to handle, making it easier to toss the food in the pan. For instance, when making fried rice, the pan got ripping hot, yet when it came to throwing some egg into the mix, it didn’t adhere to the surface. And, like each time I’ve used the pan, it cleaned up pretty easily.