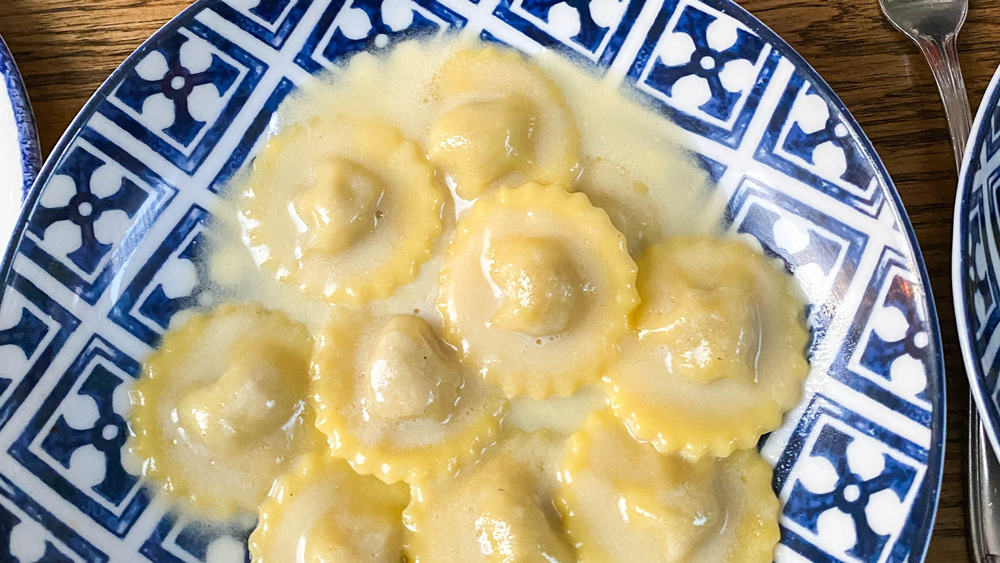 In a city flooded with Italian restaurants, Rezdôra managed to stand out when it opened in New York last year. Stefano Secchi’s traditional handmade pastas turned the tiny restaurant in Flatiron one of the most coveted tables in the city before Covid-19 hit.

The last few months the restaurant has offered takeout and, recently, outdoor dining. People kept flocking to dishes like uovo ravioli, cappelletti Verdi and spaghettoni con vongole. Now, the hit restaurant is extending its reach, offering delivery to the Hamptons through the end of summer. Long Islanders can order their fix to be delivered each Thursday along with an extended menu of pasta shapes and sauces as well as bistecca, burrata, lasagnas and sides.

The restaurant decided to offer the weekly Hamptons run after their Memorial Day offering proved so popular. The restaurant’s rustic-yet-refined approach to the food of northern Italy is contrasts the swaggering red sauce Italian-American fare of Carbone, but it has resonated all the same. At the root of that is Secchi.

Born to an Italian father and an English mother, Stefano Secchi grew up in Dallas. But his immigrant father kept them connected to Sardinia taking them back to his homeland multiple times a year. When young Stefano realized he wanted to be a chef, he embarked again for Italy, but this time to the north, where he’d study pasta making from the masters of Emilia Romagna.

After eating at 15 to 20 trattorias and osterias, he had his mind blown by the little four-table Hosteria Giusti in Modena. So much so he agreed to work there for free and learn how the nonnas made their pasta by hand. He spent hours each day kneading, rolling and shaping the egg-yolk filled dough. From there he worked at a Michelin-starred restaurant in Piedmont, Italy before landing a dream gig at Massimo Bottura’s Osteria Francescana.

Eventually, he returned to America, heading to New York to work for Michael White’s Marea with the dream of opening something pasta-focused and intensely regional. “I wanted to do something that I thought was really concentrated, that people from Bologna and Modena would fly over and be like ‘Wow, I feel like I’m at home,'” Secchi says. At Rezdôra he has actually accomplished that. But with the pandemic, New Yorkers get to eat his food in their actual home—or their summer home in the Hamptons.