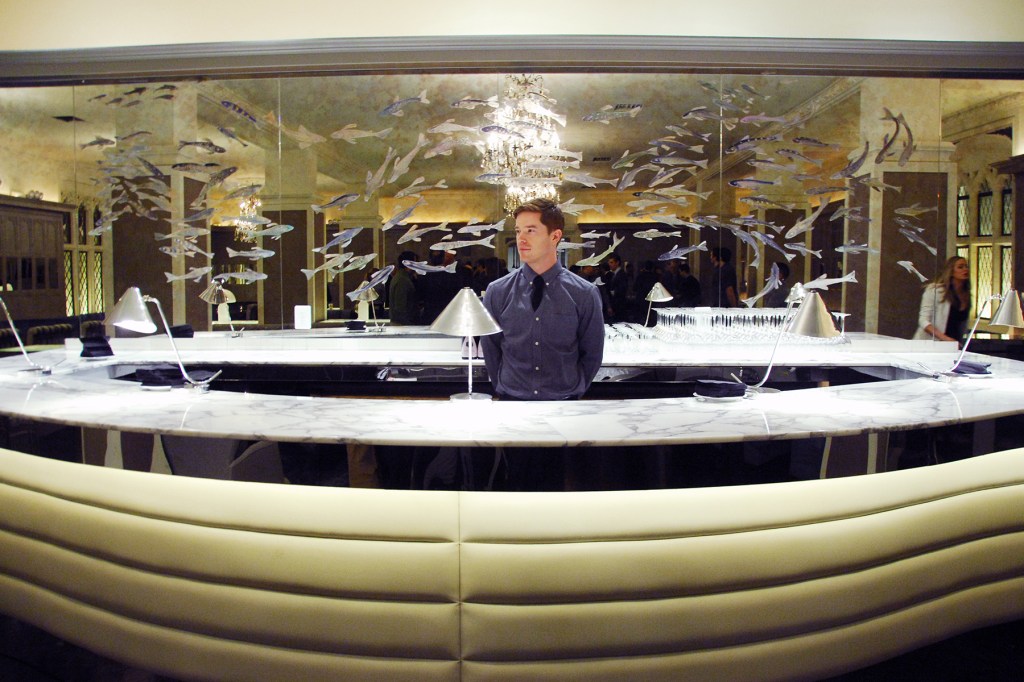 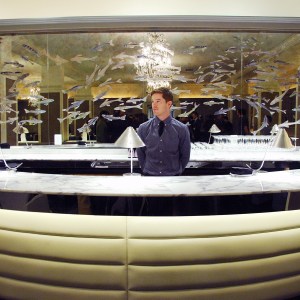 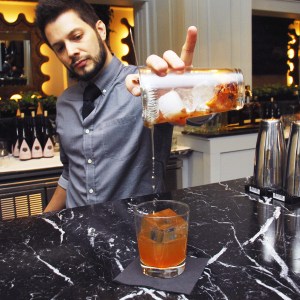 Richie Notar is sick of casual dining. The restaurateur who managed the Nobu empire from its start, in 1994, is looking to restore glamour to the New York restaurant world with the opening of his first solo spot, Harlow. “I’m really bored with sitting in a farmhouse with a moose head over me,” says Notar. “It’s been done. People want to start making an effort again.”

Set in a cavernous Midtown space, Harlow is indeed a work of splendor. Decades ago this was the dining room of film star Marion Davies, gifted to her by paramour William Randolph Hearst. Notar wanted to keep that old Hollywood decadence through eclectic design elements, which include an original Andy Warhol juxtaposed with ornate chandeliers, crown moldings, and stained-glass windows. With a sultry blue and gray color palette, the space evokes an exclusive clubhouse, well-suited for a stylish sit-down dinner or a light bite with friends.

Notar sought inspiration for Harlow from his early days as a doorman at the legendary nightclub Studio 54, an era when he would also escort Steve Rubell and Warhol into tony nightclubs like Regine’s. “Everyone dressed up and was elegant and it was fun-loving New York. It was so glamorous,” says Notar. “The moment I walked in and saw the amazing details here, I knew this would be a place where people could dine and relax in that way again. It’s elegant but a little cheeky at the same time.” (212.935.6600, www.harlownyc.com)