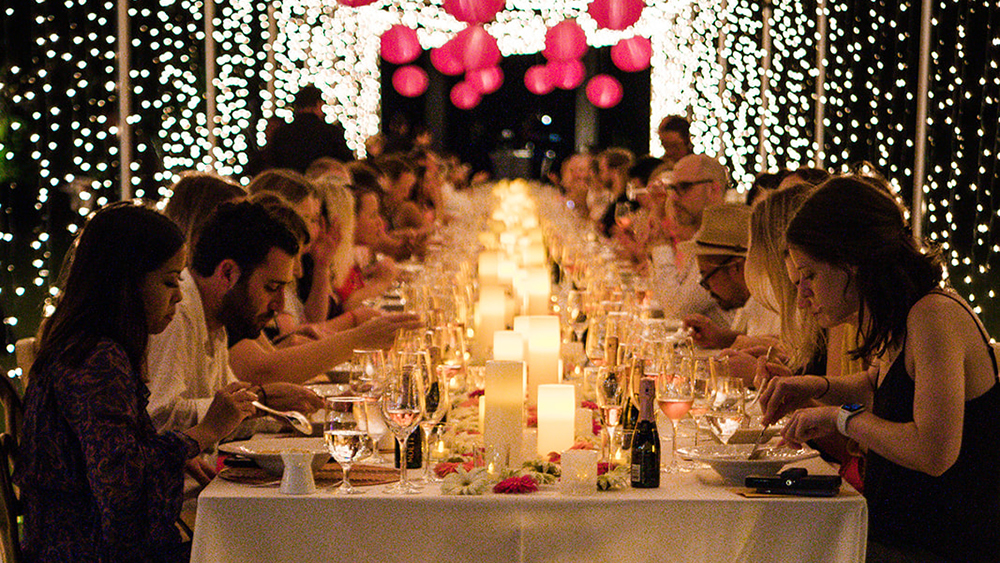 Many people plan their trips around food, and here’s a prime example of why: the popular Cayman Cookout, hosted by the Ritz-Carlton Grand Cayman.

The annual food festival is returning next year with an all-star lineup of chefs that will have you rushing to book a ticket to the Caribbean. Led by Éric Ripert, who runs the resort’s signature restaurant, the four-day event will bring together some of the biggest names in the culinary industry. Just a sampling of those involved include José Andrés, Daniel Boulud, Dominique Crenn, Emeril Lagasse and Tom Colicchio.

Running from January 12 to January 16, the Cayman Cookout is offering a litany of events that will appeal to all sorts of food and drink enthusiasts. Those looking to mingle with the chefs in attendance, for example, will be able to find them at the signature Barefoot BBQ and Beach Bash events. If you like a little bit of activity paired with your imbibing, there’s a “Ripert and Pétanque” outing as well as a “Yoga and Krug” session. And cooking and mixology demos will occur along the stunning Seven Mile Beach, which has been recognized as one of the Caribbean’s best beaches.

The waterside setup at the Cayman Cookout in 2020  Rebecca Davidson

Those interested in attending the festival can choose among packages for four- to seven-night stays, with four nights starting at $1,917 per evening and seven nights starting at $1,281 per evening. Along with tickets to some of the Cookout’s notable events, guests will receive access to a daily breakfast buffet and have the chance to enjoy the hotel’s updated luxury accommodations. The Ritz-Carlton Grand Cayman just reopened in December after extensive renovations, and it now features a modern beachside vibe influenced by the history of the Caribbean and the Cayman Islands.

Packages for the Cayman Cookout can be purchased now, while individual tickets will go on sale in the fall. The rest of the star-studded lineup includes the literal tastemakers Adrienne Cheatham, Aldo Sohm, Andrew Zimmern, Antonio Bachour, Dean Max, Jennifer Carroll and Kristen Kish. Seems like a roster worth making the trip for.