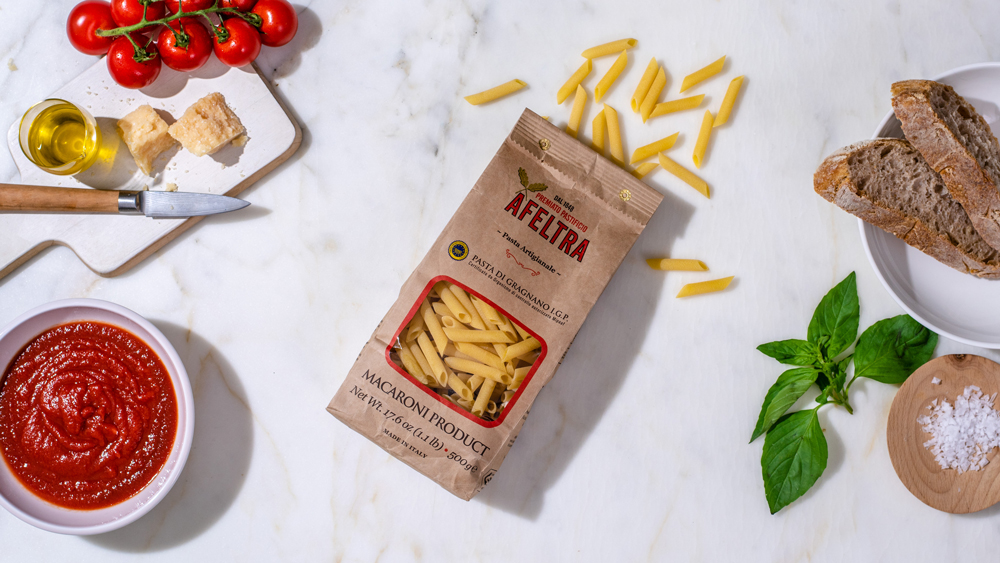 For the longest time, the dried pasta I used wasn’t much more than a pantry staple—a commodity product that I didn’t really think about. It was just there. When cooking Italian at home, I put all my energy into the sauce and then just added in the boiled mass-market noodles. It’s dried pasta, what could be the difference from any other brand I buy? My ignorance would become my great shame.

On a stroll around Eataly one day, faced with not one little section of pasta, but multiple rows, I thought maybe there was a difference in dried noodles worthy of exploring. I decided I’d do a little experimenting and give a handful of the brands a try. Afletra emerged as the clear winner.

When cooking with Afeltra, the pasta wasn’t just covered in the sauce, it was integrated into it. That owes as much to the quality of ingredients in the pasta as it does to how Afeltra shapes its noodles. Most of the pasta you’ll find at the grocery store is extruded with Teflon dies. Teflon stays cleaner during extrusion, making it easier and cheaper to shape pasta at an industrial scale. However, the tradeoff is that the individual noodles are significantly smoother than pasta made using a bronze die, like Afeltra does. That makes a difference. The bronze is less efficient, but it creates a textured surface that allows sauces to adhere better to the pasta.

The Afeltra pasta also released starch into the water I boiled it in. That salted, starchy liquid became integral to building sauces on very simple pasta dishes. When making a simple dish like Mario Carbone’s spaghetti con le alici, where there’s only olive oil, garlic and anchovies, I used the pasta water to create an emulsion with the olive oil and give some body to the little bit of sauce coating the noodles.

The ideal situation would be for a nonna rolling out fresh pasta for me to use, but that’s not happening anytime soon. So in the meantime, I find Afeltra is the best dried-pasta alternative I have.