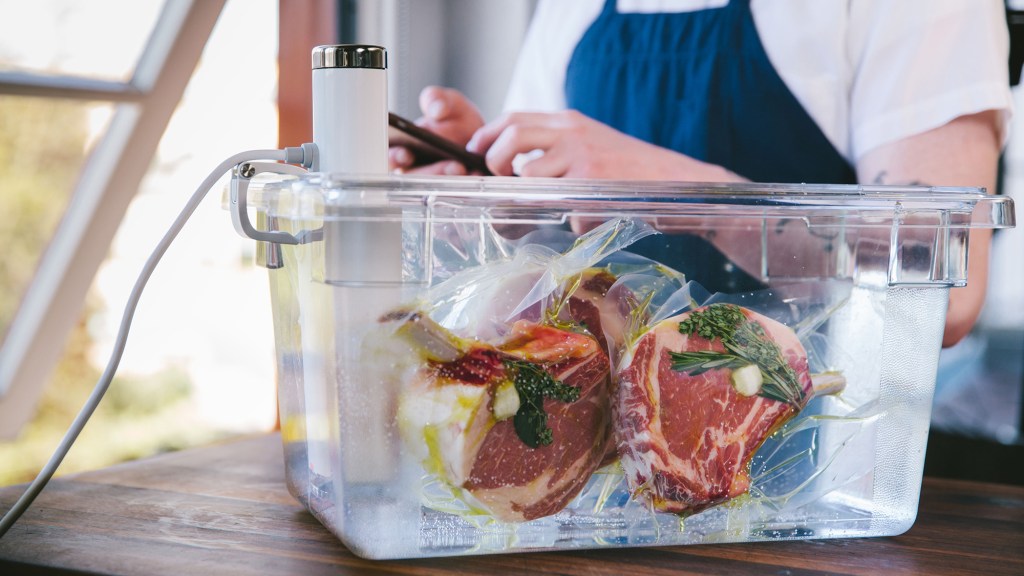 OK, I know none of you have actually seen this movie, but I have a point here, so stay with me. In this important 2015 film about a maniacally motivated super chef chasing three Michelin stars, the protagonist absolutely hates sous vide cooking. He treats the act of sealing food inside a plastic bag and then cooking it at a constant low temperature in a water bath as if it’s some sort of stupid stunt that Real Chefs™ wouldn’t do.

A decade ago, you’d find a lot of chefs at the height of the molecular gastronomy boom thinking the same way. The former chief technology officer at Microsoft couldn’t disagree more. Nathan Myhrvold, author of Modernist Cuisine, the epic tome at the intersection of food and science, argues that sous vide is merely a tool that helps a chef get the temperature of meat right every time. The pinnacle of being a great chef isn’t about being a human thermometer who didn’t need the help of sous vide. “I mean sure that’s a skill that some people have, but feeling bad about someone using a thermometer is misplaced,” Nathan Myhrvold says. “What makes people like Jean-Georges [Vongerichten] great isn’t that. It’s how they combine flavors and textures and different ingredients in unexpected ways, that’s what makes it great.”

In the long arc of food history, though chefs may not be as showy about the fact that they’re cooking sous vide, Myhrvold has largely won the argument. So much so, that you don’t only see water circulators in professional kitchens anymore, but at home as well. It’s a really useful tool for home cooks to add to their arsenal.

Soon after Myhrvold published Modernist Cuisine, one of the coauthors of the book left to start his own media company, ChefSteps, which brought techniques of the book to life through video. The ChefSteps team loves cooking sous vide. In these videos, they teach home chefs the secrets to better cooking, but to do so, the home cooks needed a sous-vide wand that actually worked well. So ChefSteps created Joule.

Along with the wand comes an easy-to-use smartphone app that connects via Bluetooth. The visual interface offers little videos to guide you through the recipe and lets you pick the level of doneness you want from your meat.

From steak to chicken to lamb to pork to eggs, I’ve tried numerous recipes with the Joule. One of my favorite ways to deploy it has been on lean cuts of pork where a little bit of overcooking can create a chewy texture. With Joule, my pork loins are done to the perfect temperature so that they’re tender and flavorful on a much more consistent basis. Yeah, there may be some old school chefs who look down their nose at sous vide cooking, but the friends and family I’m serving certainly don’t care what those chefs think when they’re enjoying their dinner.