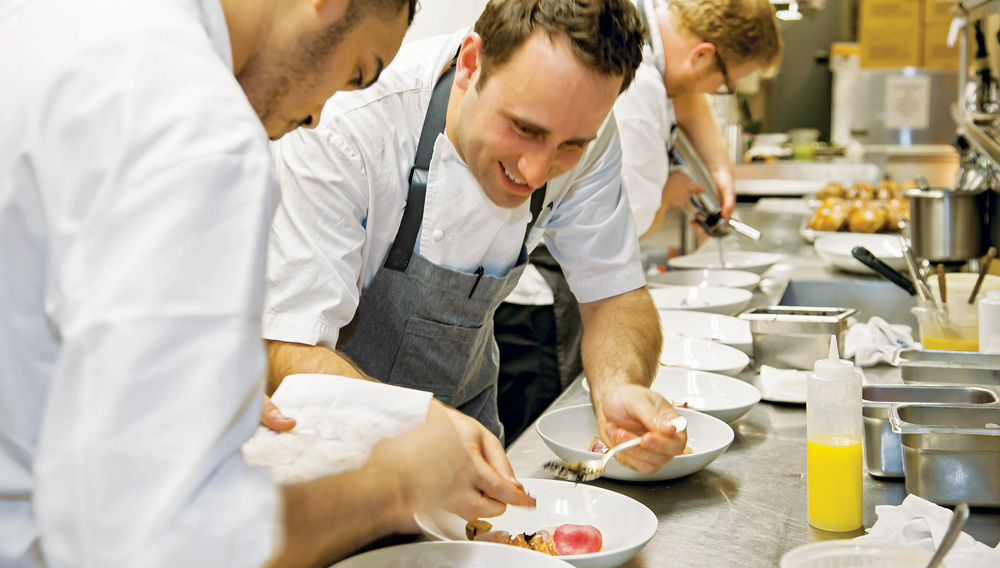 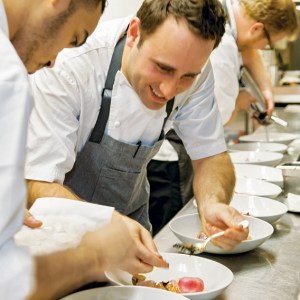 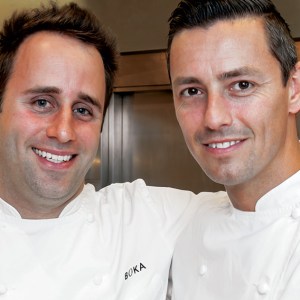 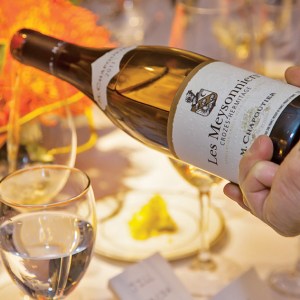 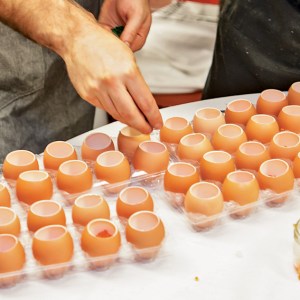 Lee Wolen much prefers the heat of the kitchen to a dining room filled with strangers. So when the chef and partner at Boka in Chicago stepped before a crowd of 54 hungry judges at the fourth annual Robb Report Culinary Masters Competition, he was clearly nervous.

The first course in his competition dinner was being placed before them: a plate of roasted fermented broccoli arranged over dabs of thick Greek yogurt, smoked pork loin, and Parmesan crisps. More than one judge noted that a dish made with such humble ingredients was a “brave” move, yet one bite, and it was clear why Wolen had chosen it: His preparation was a brilliant twist on the Caesar salad. Asked to explain the inspiration, however, Wolen could only reply, “I chose yogurt because yogurt is good with everything,” and then he rushed back to the kitchen.

The Midwestern chef’s nerves were understandable. He was one of six rising stars competing for the top honor of New Culinary Master for 2016. Every year, Robb Report assembles a panel of acclaimed master chefs and challenges them to single out a promising newcomer, but this year, the competition has an American regional theme. The six master chefs—John Besh representing the South; Curtis Duffy, the Midwest; Christopher Kostow, the West Coast; Barbara Lynch, New England; Norman Van Aken, the Southeast; and Michael White, New York—each nominated a chef doing the best work in their regional style.

Among this year’s competitors, each of whom cooked a five-course competition dinner last summer or fall, Wolen brought a particularly strong résumé. After early stints in Chicago’s Moto and the now-closed Butter, the Cleveland native spent nearly a year in Spain with the master of molecular gastronomy, Ferran Adrià, and three years as Daniel Humm’s sous chef at the Michelin three-star Eleven Madison Park in New York City. Wolen returned to the Midwest and his culinary roots in 2012 when he joined the Lobby at the Peninsula Chicago as chef de cuisine. After moving on to Boka in 2014, he quickly earned a Michelin star of his own, as well as the title of the Chicago Tribune’s 2014 Chef of the Year.

During his time at the Peninsula, Wolen had crossed paths with Duffy, a luminary on the city’s dining scene. Duffy worked his way through Chicago’s top restaurants—Charlie Trotter’s, Trio, Alinea, the Avenues—and in 2012 opened his own restaurant, Grace, which is the only Chicago restaurant other than Alinea to hold three Michelin stars. Though Wolen and Duffy have never worked together, they became fast friends and admirers of each other’s work, and when Duffy was asked for a Culinary Masters nominee, he did not hesitate. “I thought of Lee immediately,” he said, addressing the judges at Wolen’s competition dinner at Michael’s in New York City. “This is a man that has the kind of caliber and high standards that make a great chef. I knew he would do the Midwest proud.”

Wolen’s cuisine has been called approachable, simple, and even defiant. Yet complex techniques often belie the simplicity. Consider such Boka dishes as salt-cod ravioli, made by slow-cooking house-cured fish in garlicky milk and cream, or octopus that is cooked for 18 hours and served with burnt orange puree, sweet-and-sour braised pork, and pork-and-ginger broth.

Back in the kitchen at Michael’s, Wolen was plating the evening’s second course: Maine lobster with matsutake mushrooms, fall radishes, and pickled hijiki. Here the chef was at ease, despite having spent the early hours of the day prepping in a “closet-sized” kitchen across 55th Street. (Michael’s had Friday lunch to serve.) Wolen had arrived in New York two days before with dozens of containers brimming with Illinois’s finest seasonal ingredients. “It’s a huge challenge to take what you do on the road like this,” he said. “It all comes down to preparation.”

The effort, however, was paying off. Course after course, the Culinary Masters judges were dazzled. For his third dish, Wolen chose a personal favorite: squab, smoked whole on the bone for 6 minutes, served with charred chestnuts braised in chicken jus and pickled pears, and drizzled with a savory cardamom sauce. But the fourth course triggered a wave of praise across the dining room: a 55-day dry-aged rib-eye cap and tender slow-roasted steak showered with shaved white truffles and perfectly paired with M. Chapoutier 2007 Hermitage Monier de la Sizeranne. “I could float out the door,” said Carl C. Hoyler as he gazed at his empty plate. “The only problem is that I wanted more.”

By dessert, it was clear that Wolen would be the chef to beat in this year’s competition. And his duo of hazelnut and coffee mousses with vanilla ice cream—made from ultrarich milk from Illinois’s Kilgus Farmstead and topped with a golden sheet of toasted milk—only reinforced this conclusion: The dessert garnered the highest scores of the night.

As the evening concluded, the man of the hour emerged one more time from the kitchen to a roomful of applause. When the ovation ceased, Wolen was asked one final question: Looking back, was there anything he would change about his menu? And to that, the winner of the 2016 Culinary Masters Competition replied, “No.”

CURTIS DUFFY: The first time I met Lee, I was on my lunch break at Alinea. I was sitting outside on a corner, and this sort of scruffy guy who looked a little bit like a homeless person walked over to me and said, “Hey, I’m Lee. I’m one of the sous chefs over at Butter.” I knew his name from a few restaurants around Chicago, and I knew he was doing great things. Our friendship was almost immediate.

LEE WOLEN: We knew of each other from the Peninsula Chicago. Curtis was the chef at Avenue, and I took over the hotel’s three-meal-a-day restaurant after he left.

CD: We never really worked together in a kitchen side by side. But in this city, you know where everybody’s next step is and where they are going in their career. You were very easy to follow.

LW: Yeah, it is a pretty tight-knit community in Chicago with all the chefs.

CD: I never had the opportunity to eat your food at the Peninsula, but I did once you took over at Boka. I think one of the greatest—and hardest—things you can do is bring simplicity to the plate: When you bring simplicity to the plate, there is nothing to hide behind. The way that you cook and the style that you cook are very thoughtful but also very simple at the same time. It is about the ingredients and letting them speak for themselves, as well as finding the best ingredients you can possibly get your hands on.

LW: We like to have pretty plates. We are not extremists on the plates, but we have classic flavors and simple, seasonal ingredients. But also we like to have a little bit of a twist and make it a little, I guess, New Age. We may have beef and cauliflower, but it will be cooked just a little bit different than the ordinary.

LW: We have squab sometimes on our tasting menu at Boka—I don’t think you see squab every day. For the squab we served at the competition, I wanted it to be a comforting dish with classic fall flavors. We weren’t looking to reinvent the wheel with the flavor components, but what was important was creating a balanced, fairly light, and still earthy and flavorful dish.

CD: Squab is actually one of my favorite birds to eat. What I like about your squab is that you roast them whole, so they are still on the bone. To get a pretty heavy smoke on a squab, you usually have to take it off the bone because you want to expose as much as you can to the smoke. The smoke element on that dish is pretty intense.

CD: You are going to continue to make noise in the city and internationally. I couldn’t think of  anybody else in the city I would want to represent the Midwest and Chicago.