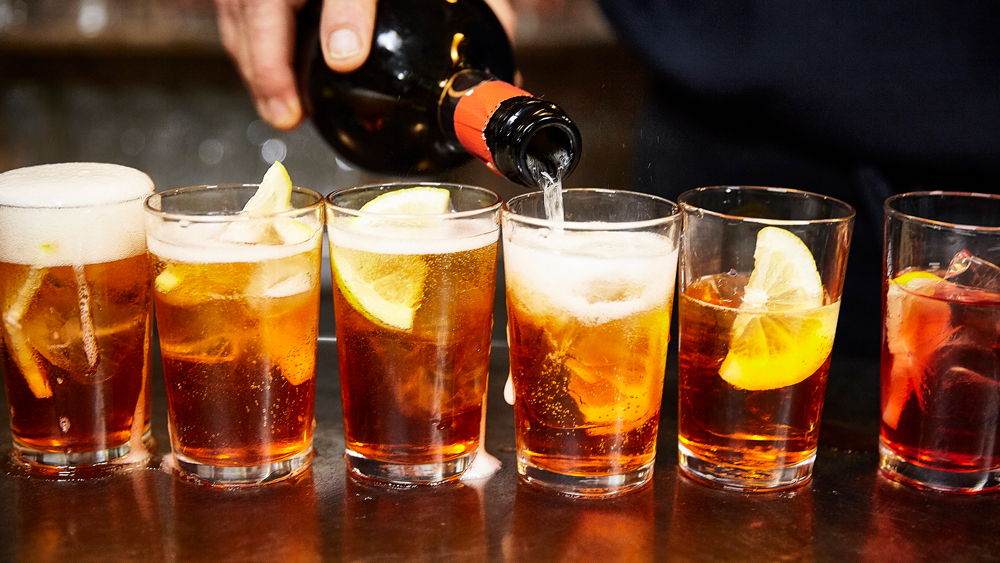 Since many travel stories are personal stories, and since I’m someone who went to Catholic school and understands how guilt can grow if you don’t acknowledge it, let’s start with a confession about my recent trip to Rome: I overslept and missed an early-morning VIP key master’s tour of the Vatican. I flubbed my chance to grab a key and literally open the Sistine Chapel that day, which happened to be the day Russell Crowe visited the Vatican. But I’ve made my peace with this. Somebody much more deserving, who knows how to properly set an alarm clock and make it to a 6 am tour, turned the key.

Anyway, later that day, I was well rested and able to indulge in what felt like a proper religious experience for somebody who largely travels to eat and drink: I learned what aperitivo really means in Rome.

Devour Tours (part of Hornblower Group’s City Experiences, which offers exclusive tours around the world, like visiting the Vatican two-and-half-hours before it opens to the public) specializes in transporting food-and-beverage adventures. In Rome, this means an evening visit to Trastevere, a boho-chic and charmingly strollable area that seems perfectly engineered for a food crawl.

Our gregarious and deeply knowledgeable guide, Fernanda Vaca, tells our group that aperitivo hour can often take several hours. For locals, the idea of aperitivo, the leisurely act of drinking and noshing before dinner, is about that moment when you’re done with work and can start enjoying your personal time. It’s about losing yourself and living in that moment. You wander and run into people and make plans and then linger and maybe change plans and just keep going until you are buzzed and satiated. As she takes us through Trastevere’s cobblestone streets, Vaca often stops to quickly hug friends who are on their own aperitivo journeys.

In a few hours, Vaca brings us to four neighborhood standbys: Enoteca La Vite, Bar San Calisto, La Latteria and Ristorante Ferrara for what feels a bit like a curated tasting menu but is more special than that. Devour Tours hosts experiences that are typically capped at a dozen people, and you’re ushered into busy venues like you’re a friend of the establishment, so you feel like an A-lister. You also feel like a Roman. By the second stop, Bar San Calisto, a no-frills destination that dates back to the 1960s, we’re fully immersed in aperitivo culture. We’re standing outside, drinking Aperol spritzes and Campari spritzes, watching old men play cards alongside young locals on the make and an after-work crowd slowly nursing big Peronis at a place that doesn’t care how long guests stay with one beer that costs a couple euros. Walk inside and the show involves a bartender making six spritzes in under than a minute. But outside is where most of the action is.

“There’s a very big community in Trastevere that just hangs around here all the time, like the men who play the cards,” says Vaca, who notes that there’s often impromptu music outside the bar, involving seemingly random locals who plug in a speaker. “I recently learned that there’s a rivalry between the men on this side of Trastevere and the other side where we went to La Latteria. The men that gather on the other side hate the men from San Calisto, so they don’t even cross over. It’s like gangs of old retired men. I’m going to investigate more because I thought it was very funny.”

Lauren Aloise, the Spain-based food blogger who co-founded Devour Tours in 2012 to showcase struggling small businesses during an economic downturn, says the goal of these experiences is to put food and drinks into a “layer cake of context that you can really use to understand a place.”

“When we’re building our tours, we’re looking for soul,” Aloise says. “We generally work with small mom-and-pop places that are often only one location. Sometimes, they don’t have credit card machines. The important thing is that the places tell a story, whether it’s of the neighborhood or an immigration pattern or just some of the quirks that make that part of the city the way it is.”

Vaca echoes this philosophy. She champions independent businesses like Enoteca La Vite, where proprietor Giulia Giordano is the daughter of the original owner and has updated the menu with natural wines. Giordano wants drinking natural wine to be an unintimidating process, so she’s eager to answer questions and make recommendations. She pours us an extra-dry 2016 Casale Gocce di Luna Vino Spumante, and the sparkling wine is an ideal, easy-to-sip pairing for prosciutto and marinated greens.

At La Latteria, another charming Trastevere wine bar, the menu makes a point of highlighting and distinguishing cheese, salumi and natural wine from numerous regions of Italy. We eat small portions of La Latteria’s famed bruschetta, one topped with beautifully creamy burrata and another with smoky capicola.

And then it’s off to Ristorante Ferrara, which chef Mary Paolillo and her sommelier sister Lina, opened at the site of a former convent. Since we’re having dinner at a storied Rome restaurant, we devour a classic Roman pasta: delightfully al dente rigatoni amatriciana with chunks of rich, intensely porky guanciale.

“Ristorante Ferrara was a surprise for me because I had been living in Rome I think 15 years and I would pass there basically every single day and never noticed it,” Vaca says. “It was completely hidden in plain sight. I wasn’t the only one. When I took them there, a lot of my friends were like, ‘Is this place new?’ No, it’s not new, but they don’t need to show off with any sparkly lights or any Instagrammable entrance—because inside, it’s magic.”

After we finish our pasta, Vaca sends us off with a perfect gift: a list of Rome recommendations that includes restaurants and bars in the city center and also on the outskirts. There are picks for pasta, pizza, gelato, cocktails, wine, live music, terraces and even pools. After seeing Vaca’s recommendation for new-wave pasta player Retrobottega, I end up ordering terrific oxtail-stuffed tortelli at that restaurant’s spinoff pasta bar/lab a day later.

Vaca regularly updates her list because she understands the importance of making every meal count when you’re traveling.

“If I go eat somewhere and it’s not good anymore, I’ll take it out,” says Vaca, who knows that recommending food that people love can give them an unforgettable memory.

For Vaca, who is fully immersed in Rome’s food culture and even teaches a pasta-making class, Trastevere is an especially meaningful place.

“It’s definitely the first choice when you’re thinking aperitivo, especially for me and the people I go out with,” says Vaca, who adds that a lot of locals have different schedules, so it’s not uncommon to enjoy aperitivo for four hours while you’re waiting on a friend. “If my cooking classes finish at 7:30 in Trastevere, it feels illegal to not stay there and have a drink before going home. Some people think aperitivo is like an extra thing, a holiday thing, a weekend thing, but it’s actually done every single day. In Italy, people like to take that extra time to enjoy their lives.”