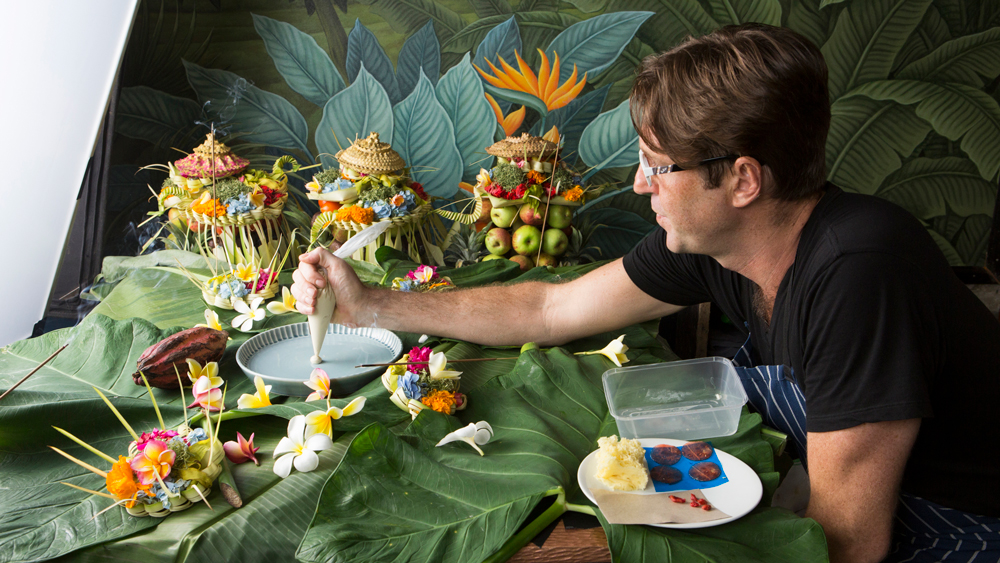 Even though pastry chefs like Christina Tosi, Dominique Ansel and Cedric Grolet have ascended to name brands on the level of chefs on the savory side of the kitchen, dessert still remains an also-ran in most tasting menus. Will Goldfarb’s restaurant upends that old order. At his restaurant Room4Dessert, he has combined all the beauty and sophistication of Bali’s dining scene with the creativity and whimsy of Willy Wonka’s chocolate factory—building an experience where sweet treats take center stage.

Food obsessives may be familiar with Goldfarb from when he starred in an episode of Netflix’s Chef’s Table: Pastry in April 2018, but this year he has doubled down on his idea. He reopened with a new, sleeker look and an even more impressive menu. Goldfarb and his team are serving 21-courses, with 14 of them being dessert. “We started doing seven-course tastings this April, adding seven savory snacks and seven petits fours made à la minute,” says Goldfarb. “Over the first five years, we went from à la carte only, slowly to tasting only, based on our guest’s demand.”

They also offer a stellar cocktail or juice pairing for the seven main desserts. “Our Restaurant Manager Koming Sukradayasa has been working to create the perfect pairing, utilizing the same plants, fruits, vegetables and seeds that we use to create the menu,” says Goldfarb. “Almost all of our guests choose to have a pairing as it really ties the room together.” 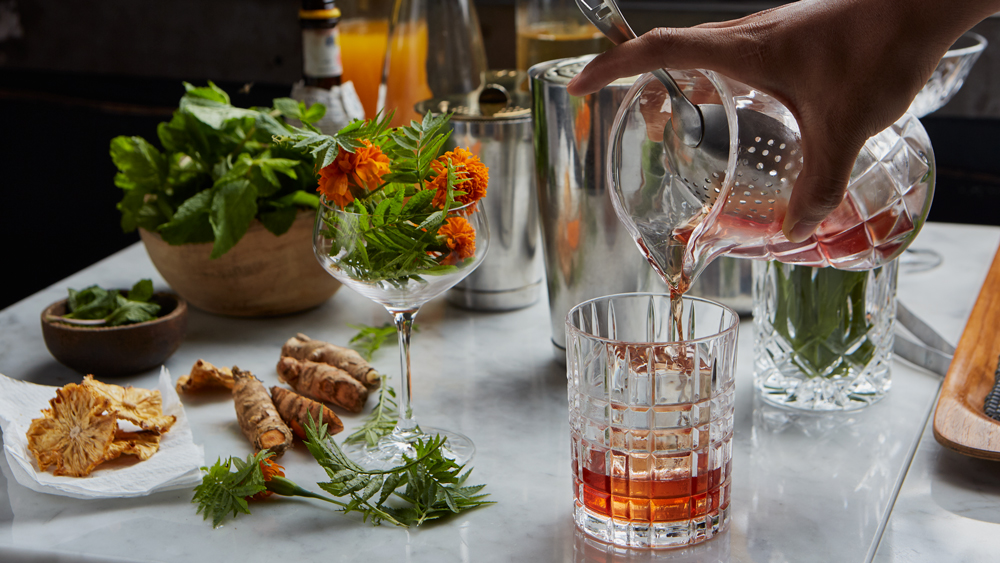 A journey to Room4Dessert, starts with a garden tour that connects the restaurant to the region. The staff passionately explains what they’re growing, and the Balinese ingredients like rosella and aloe vera that you can expect to taste in your dessert that night. Then you’re led into an elegant bar and lounge area where the journey begins. “I love the idea that dessert is a movie, or at least, a night with us is like a night at the opera,” says Goldfarb.

As you sit down as the long cement bar with a thatched Balinese roof and baby-blue Moroccan-style tiles, you start with seven savory bites. The menu changes seasonally with whatever is fresh and growing in Bali. Right now, it’s called Season 10: The Sequel, and each course on the menu is illustrated with an image of the ingredient used. Standout playful items include the Kentucky Fried Mushroom served in a fast food-style box and dusted with local lemon zest and a chicken betutu meringue shaped like a chicken foot served with a tamarind and spiced oil emulsion.

Once you’ve finished the seven savory snacks, shimmy off your stool and head into the main dining room where you can find Goldfarb perfecting each plate behind the open kitchen. Dive into a seven-course dessert pairing in a spacious dining room with romantic lighting, satin seating and dramatic curtains. Here you can try Red, a Room4Dessert classic dating back to the 2005 New York City restaurant. It’s been reworked and features all things red, including garden rosella cream and gel with beetroot, dragon fruit and strawberry wine. Finish off the seven dessert courses with caramel chocolate brûlée made from 100 percent cacao from Bali with local sea salt and house-made Jerry Thomas-style bitters crafted from mangosteen peel. 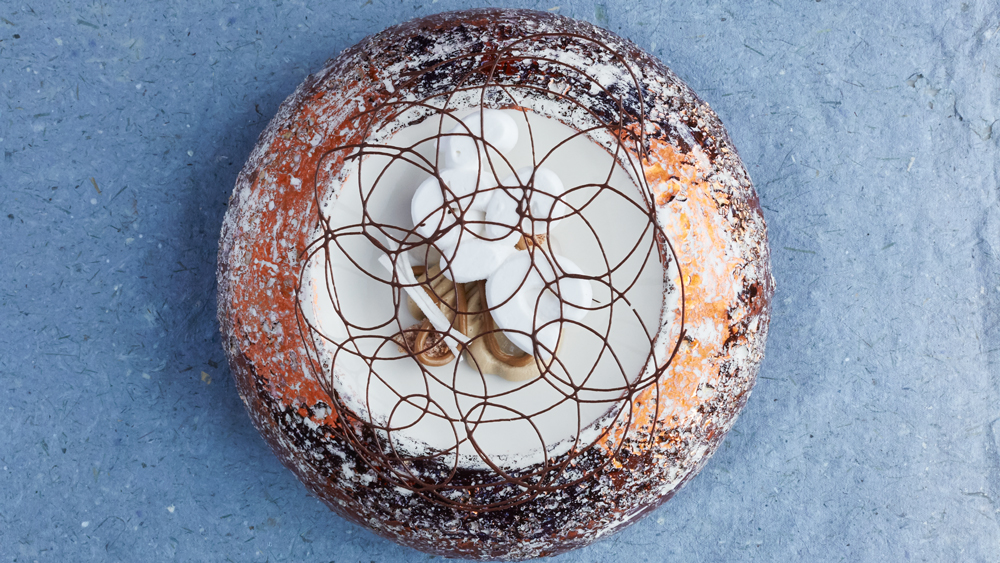 Stuffed diners end their journey with a walk into the peaceful garden area where you and other guests finish the night with seven sweet bites and a nightcap. The Aloe Vera Pate de Fruit is a play on a Sour Patch Kid. This mouthful of candy is made of aloe vera, rosella syrup and lemon basil flowers from the garden. No dessert is complete without ice cream, and Room4Dessert makes a tiny version where tamago (Japanese-style omelet) ice cream with local rice wine is served in a pumpkin cone with pickled tea leaves.

The use of local ingredients to create fanciful, imaginative courses in a spectacular tropical setting is worth a special visit. But since Michelin doesn’t recognize Indonesia, any hope of a star is on the back shelf. “I think our offerings are at least in the discussion quality-wise for a star. But cooking for stars and guides and awards is a recipe for an overinflated ego, which is so boring,” says Goldfarb. “Cooking for people every night and seeing smiling faces is why we have room for dessert.”