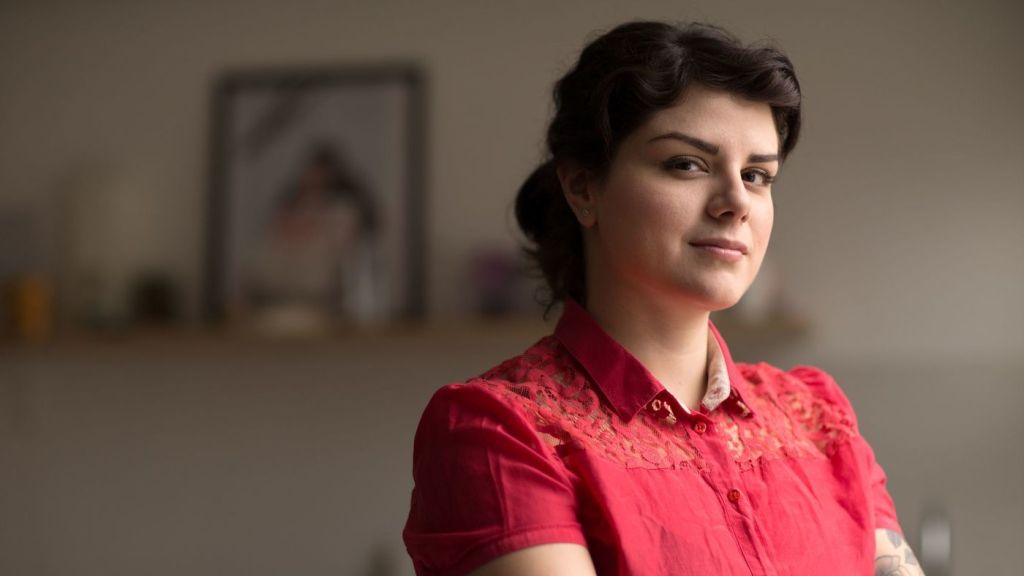 An amusing poster hangs on the wall of Rosio Sánchez’s taqueria in Copenhagen’s Meatpacking District. If you talk with Sánchez long enough, you learn it’s more a public service announcement than a joke. It features a series of illustrations informing you, dear patron, how to eat a taco. That’s a pretty laughable notion to most people living in the Western Hemisphere, but to the Danes, who are accustomed to eating open-face sandwiches with a knife and fork and unaccustomed to Mexican food, the former Noma chef was speaking a whole new language.

“At first, I used to get a little upset because they used to call tortillas ‘pancakes,’” Sánchez tells me. “That’s not a pancake; it’s a tortilla. Why doesn’t anyone know what a tortilla is?” With her two taquerias (Hija de Sanchez) and recently opened full-service restaurant (Sanchez), the young chef born to Mexican immigrants on Chicago’s South Side is helping food-obsessed Copenhagen better understand Mexican food while also advancing it as a global cuisine.

When Sánchez first pursued a culinary career, opening a restaurant of her own wasn’t really in the plans. “I only wanted to do pastry,” she says. “I love desserts, and I secretly want to just eat them all day.” Fresh out of culinary school, she worked at a casual bistro in her hometown. “I was too scared to apply to any other place in Chicago. I didn’t feel like it was me—Charlie Trotter’s or those other high-end restaurants. I didn’t connect to fine dining.” But she found a place in New York that did call to her: Wylie Dufresne’s groundbreaking WD~50.

“It was casual enough that I was able to walk into the bar and had a five-course dessert tasting menu,” she says. “It was fun, but the chefs were super serious about what they were doing. They were pushing to be creative.”

Soon after her visit, she landed a job at WD~50 and moved herself to the Big Apple. It fed her desire to learn by being around an ambitious collection of cooks trying to unlock something previously unknown. “The whole point of that really was to understand food on a molecular level and how to work that to your advantage as a chef,” she says. She stayed for three years, working in pastry with Alex Stupak, of his now-successful New York Mexican restaurant Empellón.

What came next for Sánchez was a 180. After some stages (the culinary world’s term for internships) across Europe at famed restaurants like El Celler de Can Roca and The Fat Duck, she went from the molecular gastronomy of WD~50 to the naturalism of Noma in 2011.

Working under René Redzepi, she got to try new ingredients, see a different approach, and play with the nature of dessert by bringing in more savory elements. The constant push for innovation there expanded her horizons—and made her a little restless. “When you’re a pastry chef, you have your recipes and that’s it. Your recipes are not going to change, and that’s really boring to me,” she says. “I prefer to work spontaneously and adapt recipes. That’s fun. So after a couple years as head pastry chef, I asked to come in the test kitchen.” She remembers how one dish in particular changed her perspective. She set about working on a slow-cooked apple dessert, going through iteration after iteration. One day, she finally got it right.

When she presented it to Redzepi, he was enthusiastic, but not in the way she thought he’d be. “This is a great appetizer,” he told her. She couldn’t believe it at first. This was a dessert. But she came around to it being at the start of the meal. “It opened my mind completely,” she says. “Anything can be anywhere. That approach is exciting.”

If anything could be anywhere, then surely Mexican food could be in the Nordic. When Sánchez decided to go off on her own, the Mexican-food scene in Copenhagen was more a collection of half-hearted Tex-Mex. She wanted to reconnect to the flavors and food she grew up on while introducing more Europeans to Mexican culture. In 2015 she debuted her taco stand Hija de Sánchez where you could find fried fish, al pastor, paletas, and more.

Not all the Danes really got it. A taco seemed kind of like smørrebrød, the classic Danish open-faced sandwich. All over Copenhagen you can get some smoked salmon atop a slice of rye bread that you eat with a knife and fork. Tacos are not smørrebrød. “One mistake I made was thinking, ‘Oh, we have this takeaway place like they do in Mexico where you just pick it up and walk outside and eat it,'” Sánchez says. “But that culture doesn’t exist here. Some people will still ask for a knife and fork, but I’m not going to deny anyone if they want to use it.” Enough people have been getting it, though, that she could open a second location of Hija on the other side of town. However, as the two shops hit their stride, her old boss was back with a request.

Redzepi was packing up his team and heading to Mexico, just like he had when Noma did a five-week residency in Tokyo in 2015. Sánchez had been part of the Tokyo menu development team immortalized in the documentary Ants on a Shrimp. Redzepi wanted her back in the fold to join him in Tulum to create Noma Mexico. She dropped what she was doing in Copenhagen and threw herself into the residency, deepening her own knowledge of Mexican cuisine in the process.

When she returned to Denmark, the fire in her was stoked to create a more expansive restaurant. The chef opened Sanchez, a 46-seat neighborhood place that takes its food seriously but isn’t aspiring to be Noma or WD~50. “In high-end kitchens, you want to make things that are tasty, but you’re also trying to make interesting things because you’re provoking thought. Those items are sometimes not craveable,” she says. “I wanted to make food I could eat all the time. You crave it. I think it brings forth a more fun environment.”

Even though the restaurant is fun, there’s still a little bit of education going on at Sanchez. The five-course tasting menu is offered to help expand people’s notions of what Mexican food can be. To create her dishes at Sanchez, she orders masa and chilies from Mexico, but otherwise she relies on local ingredients, creating some culinary cross-pollination. For instance, gooseberries replace tomatillos in a salsa, and on one of her exceptional tostadas, there’s smoked salmon with crema, red onion, and jalapeño. It’s like a clever union of a taco and smørrebrød.

The goal in the end is not to be “authentic” with the food she creates. “I don’t think our food is supposed to be a specific region,” she says, “but we’re knowledgeable enough to know what we’re trying to channel when we create a dish.” This willingness to play with tradition has allowed her to create something truly her own while still maintaining the essence of Mexican food. While chefs like Enrique Olvera, Hugo Ortega, Daniela Soto-Innes, and Ray Garcia are upping the creativity and respect for Mexican food in the Americas, Sánchez is raising the bar for the cuisine in Europe.