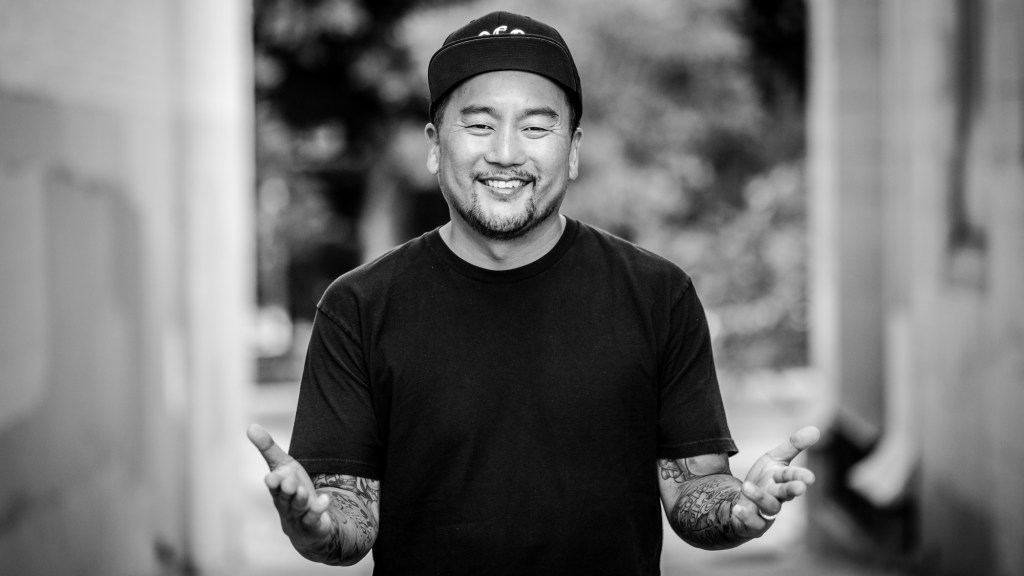 What started as a food truck has become a food empire. Los Angeles born-and-bred chef Roy Choi started his Kogi BBQ truck back in 2008 with a short rib taco people went crazy for. That has grown to a fleet of four trucks spanning out across the Southland from San Fernando Valley to Orange County. In Kogi, Choi brought together the cultures that lived side-by-side in LA right on the plate with his fusion of Korean and Mexican cuisine.

Eventually, Choi used that success to create the brick-and-mortar rice bowl concept Chego. Then he grew in LA to open A-Frame and restaurants at the Line Hotel. He drew national news by opening the fast food joint with a healthier bent, LocoL along with Daniel Paterson. He even had a bit of a Hollywood star turn, helped director Jon Favreau get all the cooking details right on his movie Chef.

Now Choi is moving beyond his native LA for Vegas, announcing that he’s going to open a restaurant at the Park MGM on the Strip, but he’s bringing LA with him. “This restaurant will be full of soul and culture that is influenced by the energy of Koreatown in Los Angeles, my hometown,” Choi says.

If the Park MGM sounds new to you, you’re right. What was for a long time called the Monte Carlo is getting a big upgrade across the board—a $450-million facelift. It’s not just going to be Choi making this an exciting dining destination. Will Guidara and Daniel Humm will also join him with their restaurant The NoMad. A 40,000-square-foot Eataly will also call Park MGM home. Bavette Steakhouse from Chicago and the Southern France-inspired Primrose have already taken up residence in the in the evolving hotel.

Choi’s currently unnamed Vegas restaurant, like Eataly and NoMad, will open in late 2018.