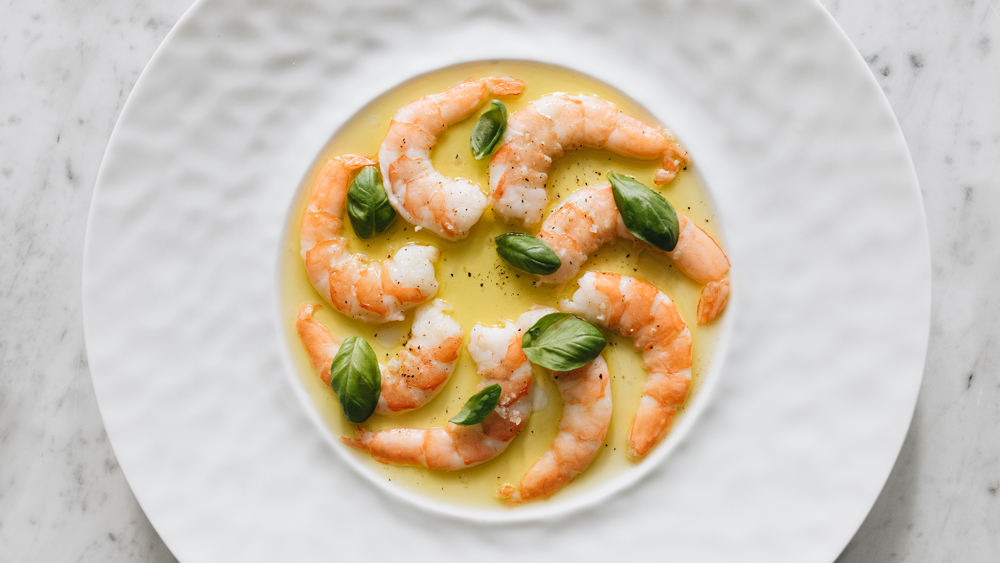 The Chicago riverfront continues its transformation into an urban oasis. Last week we told you how José Andrés was partnering with venerable Windy City restaurant group Gibsons for a multi-story restaurant inside a new development. This week the newest addition to the river is an elegant two-story seafood restaurant from a one of the city’s most prominent restaurant groups and their celeb partners.

Last night, Lettuce Entertain You Enterprises (LEYE), along with Bill and Giuliana Rancic (he’s The Apprentice’s first winner and she’s a host on E!), opened another restaurant together in Chicago’s River North neighborhood. RPM Seafood is the Windy City sequel to RPM Italian and RPM Steak—both less than a few blocks away.

The restaurant caps off a four-story, 35,000-square-foot dining development on the north side of the Chicago River. The building that houses the eateries was sold in 2016 for $340 million, and the restaurants—RPM Seafood, Pizzeria Portofino and the private events venue RPM Events—are part of a $50 million overhaul to the office tower. Like the Andrés-Gibsons project, this development integrates into the Riverwalk, with Portofino—which opened last July—having its patio right on the edge of the water.

When the project was first announced in 2018, original RPM partner Doug Psaltis was slated to be the executive chef (RPM stands for Rancic, Psaltis and Melman), but he left the group late last year in what may have been a less-than-amicable split, Eater Chicago reported at the time.

At the helm of the RPM Seafood kitchen will be Bob Broskey, who recently worked at Beacon Tavern and had stints with previous LEYE fine dining destinations Intro and L20. As the name gives away, it’s a fish-centric menu featuring crudos; a massive seafood tower; bone-in swordfish ribeye with coriander and herb oil; a turbot T-bone with lemon, capers and thyme; grilled king crab with curry aioli; and Maine lobster tempura with ponzu and dijonnaise. The seafood fare is complemented by a selection of steaks that includes a 100-day, dry-aged olive beef from Japan, one of the most coveted and fatty pieces of steak you’ll find.

Combine that olive wagyu with the whole chilled Maine lobster cocktail for one of the more indulgent surf and turfs in the city.

The Grand Tower in all its glory.  Photo: courtesy John Stoffer