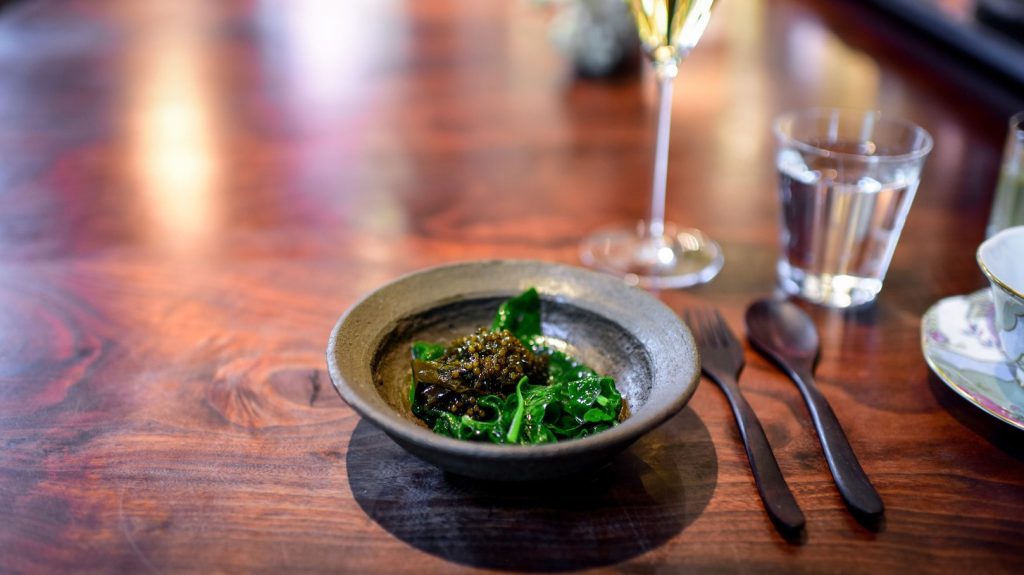 The Bay Area is in the mood for super teams right now. The Golden State Warriors just took their third NBA title in four years with Kevin Durant winning another Finals MVP. If that wasn’t enough, the team also just added one of the league’s best big men in Demarcus Cousins right after the season.

On the other side of the Bay in San Francisco, Joshua Skenes of three-Michelin-star Saison has made a similarly astounding acquisition. He announced today on Instagram that chef Laurent Gras—who formerly helmed the now-shuttered three-star restaurant L20 in Chicago—will join him in the kitchen.

“We, along with the talented team, will be collaborating side by side to drive the next stage of evolution and will be working within the Saison framework (i.e., fire methodology, etc),” Skenes wrote in his post.

According to the San Francisco Chronicle, Skenes will still be involved, but is stepping away from the executive chef role in order to the hand the reins over to Gras. Skenes, who hails from Jacksonville, Fla. and worked for Jean-Georges Vongerichten, started Saison originally as a pop-up in San Francisco before its popularity paved the way for a permanent restaurant in 2012. At Saison Skenes cooks with fire, deploying it in creative ways, like with his slightly warmed caviar with seaweed and spinach.

Gras, one of the most respected chefs around, is an Alain Ducasse disciple who left L20 shortly after earning a third Michelin star. (Fun fact: One of his successors at L20, Matthew Kirkley, would later bring San Francisco’s Coi its third Michelin star only to quit around the announcement date like Gras did.) Gras been consulting and doing events, and now he’ll be at Saison.

The move to step back from running Saison all by himself makes sense for Skenes as he prepares to open his more casual raw bar and grill restaurant Angler in both San Francisco and Los Angeles this year.