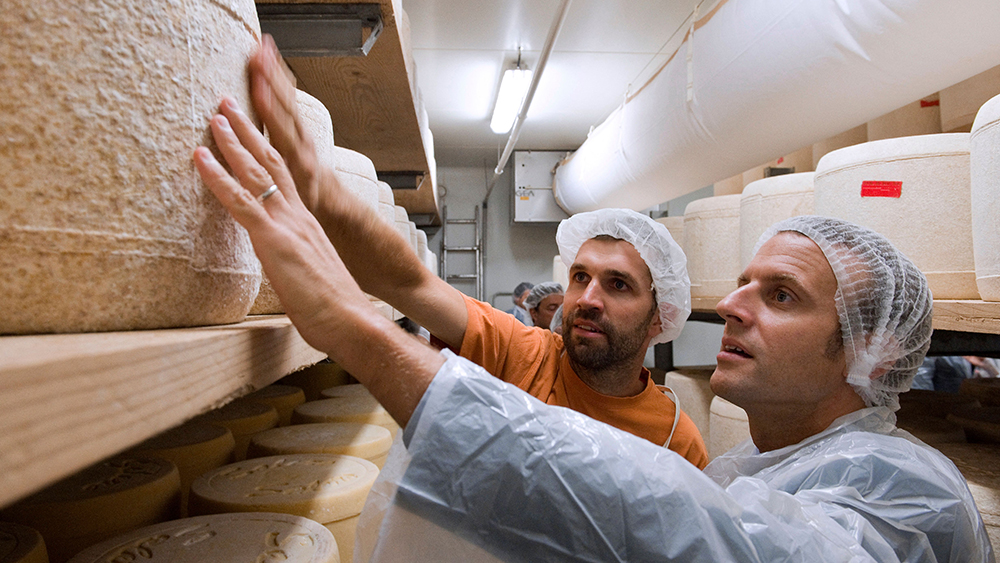 For two millennia, nothing could stop the production of Salers, a semi-hard cheese similar to a well-aged cheddar. Through world wars and the fall of monarchies, French farmers churned out the good stuff. Until now.

Last week, production of Salers was shut down due to the severe heat waves and drought hitting Europe, The Washington Post reported Wednesday morning. Because the land on which cows graze is so parched, it’s nearly impossible for cheesemakers to create Salers that meets the strict rules governing its makeup.

“Salers is a seasonal cheese, made with the seasonal grass. It’s one of the pillars of its identity,” the president of a cheesemakers’ group told the Post. “With more hay [instead of grass], the paste would be whiter; we would have less flavors. Our product still has a certain reputation among consumers—we don’t want to break it.”

Typically, 78 farmers work from April 15 to November 15 to create about 2.4 million pounds of Salers each year, according to the French Ministry of Agriculture. The cheese is considered an AOP (Appellation d’Origine Protégée) good, meaning it comes from a specific area and has an established reputation. It also means that the cheese must meet certain standards—in this case, at least 75 percent of a cow’s diet has to be grass from local pastures.

This is where the problem begins: Because of the extreme heat occurring across the country, pastures are all dried out, and there’s not enough grass for the cows to feed on. “We have always had periods of drought in the summer, but this is hard, very hard,” one farmer told the local outlet France Bleu. During previous droughts, some farmers received permission to lower the standard so that local grass only had to make up 50 percent of a cow’s diet, but even that is untenable this season.

Salers is just the latest European culinary casualty thanks to climate change. Earlier this summer, France was dealing with a Dijon mustard shortage in addition to a heatwave slashing the country’s wine production, and drought in Italy has made it difficult to grow the rice used for risotto. As a temporary stopgap, cheesemakers could opt to make Cantal, a cheese similar to Salers with fewer restrictions—but also less value. For the time being, though, France will have to persevere through its Salers-less summer.