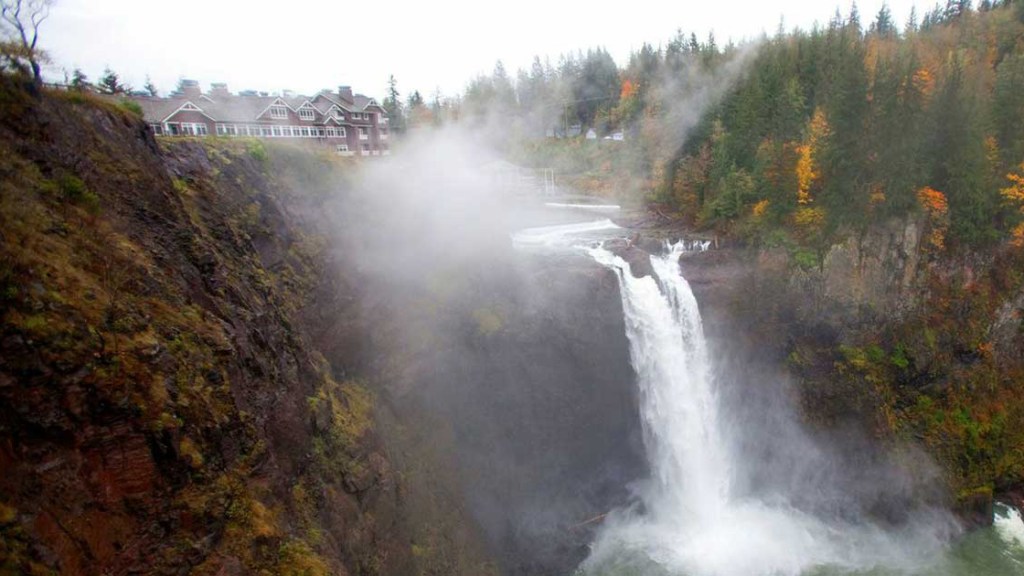 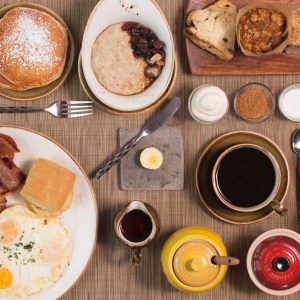 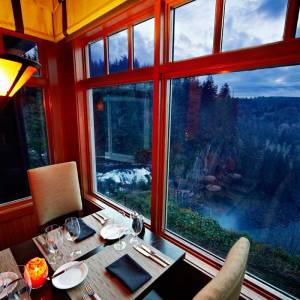 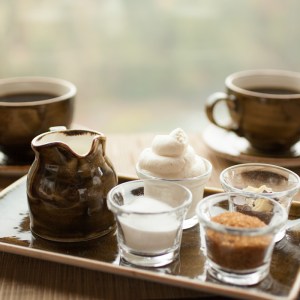 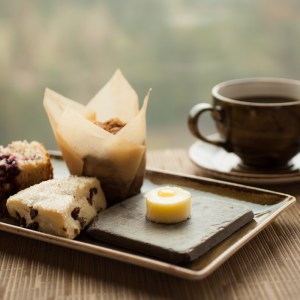 Invented by the British and turned into a full-blown occasion by Americans, brunch has become the best way to spend a perfectly lazy Sunday. Finding the right place to spend hours among friends, coffee, Bloody Marys, and eggs can elevate this midday ritual from good to great. So we’re in pursuit of the best brunches around—no matter where that journey takes us. This week, we head to a place about 30 miles outside of Seattle that FBI special agent Dale Cooper called home as he investigated the death of Laura Palmer.

The Salish Lodge, better known to Twin Peaks fans as the Great Northern Hotel, is located alongside the 269-foot-high Snoqualmie Falls—the perfect David Lynch setting. The hotel is perched atop a sharply dropping cliff, giving a sense of foreboding that’s only enhanced by the mist floating up from the falls. Trust us: It’s far more relaxing than a Lynch film when you’re actually there.

Salish has embraced its notoriety for housing Kyle MacLachlan’s detective character in room 315 by offering a Twin Peaks Experience; you can stay at the lodge, drink a Dale Cooper cocktail, eat some cherry pie, and, of course, have a damn fine cup of coffee. However, since only shots of Salish’s exteriors were used for the show, viewers didn’t become acquainted with the indoor restaurant that’s been around in some form since the lodge opened in 1916. And TV watchers never saw the full bounty that is the Country Breakfast.

Long before a 1988 remodel turned the Snoqualmie Falls Lodge into Salish Lodge, the restaurant served a hearty breakfast for travelers needing to load up on sustenance before traversing the Cascade mountain pass. A much more refined version of that meal remains in the form of a four-course brunch that can feel as much like an endurance test as crossing the mountains.

The tasting menu, though updated, isn’t a wild adventure in modernist cooking techniques that reimagines brunch entirely. Instead, it’s an excellently executed collection of breakfast classics. It begins with juice, coffee, or tea and a basket of fresh-baked pastries. Then there’s the pancake course with fruit, Devonshire crème, and maple syrup, followed by steel-cut oats with fruit poached in honey that Salish makes itself. The final course is a plate of eggs, potatoes, a trio of meats, and Salish’s famous biscuits.

Yes, this is a lot of food, but the restaurant also gives you the option to split the tasting menu with a dining companion. If you’ve saved room, you can add on an order of eggs benedict with Dungeness crab.

This is a brunch of the calm and relaxing variety as opposed to the raucous bottomless-mimosa, party-starts-at-10-am affair some brunch spots can turn into. It’s the type of brunch that goes well either before or after a spa treatment. If you’re able to grab a window seat along the edge of the cliff, you’ll just be able to catch a glimpse of the falls. But the best capper to the meal is a visit to the observation deck where you can bask in the full glory of Snoqualmie and the Salish lodge.