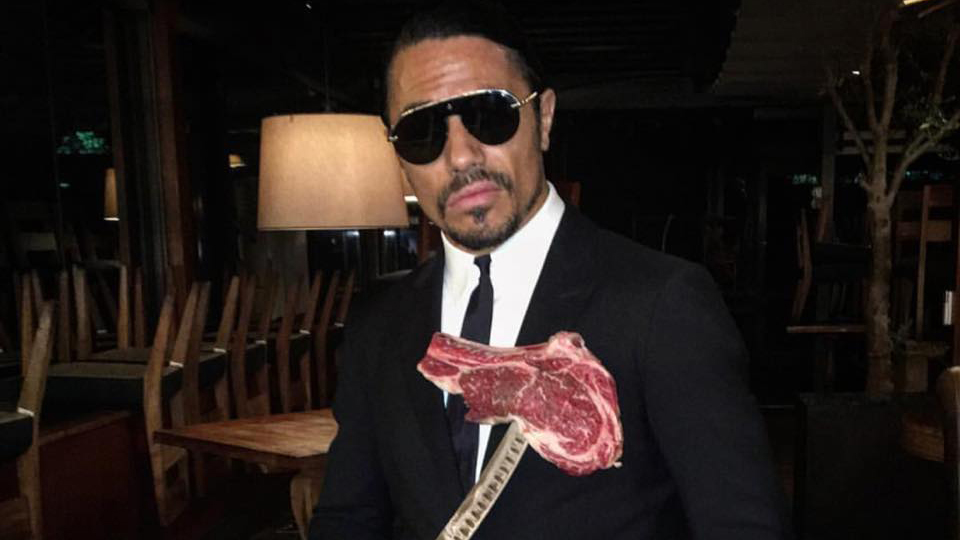 Apparently, I was wrong. I thought that we as a dining public had decided to allay our hypertension by reducing our alarming intake of Salt Bae. But, no, he persists. Enough so that he’s expanding in Gotham. Eater NY reports today that Nusret Gökçe —the chef-butcher who’s more internet meme than human—has a location for his second restaurant in the Big Apple.

Ever since his star-turn on January 7, 2017, where he dramatically sliced a tomahawk steak and flamboyantly seasoned the meat, Salt Bae has continued to film over-the-top videos. He’s made a burger tower covered in molten cheese, karate chopped all the bones on a prime rib, and, of course, there’s the one where he does pull-ups on a basketball hoop support for no apparent reason.

Already a successful restaurateur abroad, he rode his wave of internet fame into the America. He opened his first restaurant Stateside in Miami, then took New York and Instagram by storm with his Midtown Manhattan steakhouse Nusr-Et. Soon after he revealed that he’d secured a space for a new restaurant in Los Angeles that will be a burger concept. His flame was burning as hot as a the 1,500-degree broilers that give steak a beautiful crust.

Turns out, shock among shocks, that there was more sizzle than steak. The reviews of his steakhouse rolled in soon after it opened and they were not pretty. Eater New York critic Robert Sietsema said he and his dining companion went home hungry; Steve Cuozzo of the New York Post called the place a rip-off; and Joshua David Stein wrote on GQ that the steak was bland and the burger overcooked.

What may have been even worse for Salt Bae’s reputation was that he seemed to enjoy palling around with brutal dictators. That led to protests at his Miami locations and caused the media romance to wane. But not as much as we’d originally thought. Around Manhattan’s Union Square, there’s a decal on the window of a vacant restaurant space saying “Salt Bae Coming Soon.” Despite that, we think he’ll be gone soon enough.