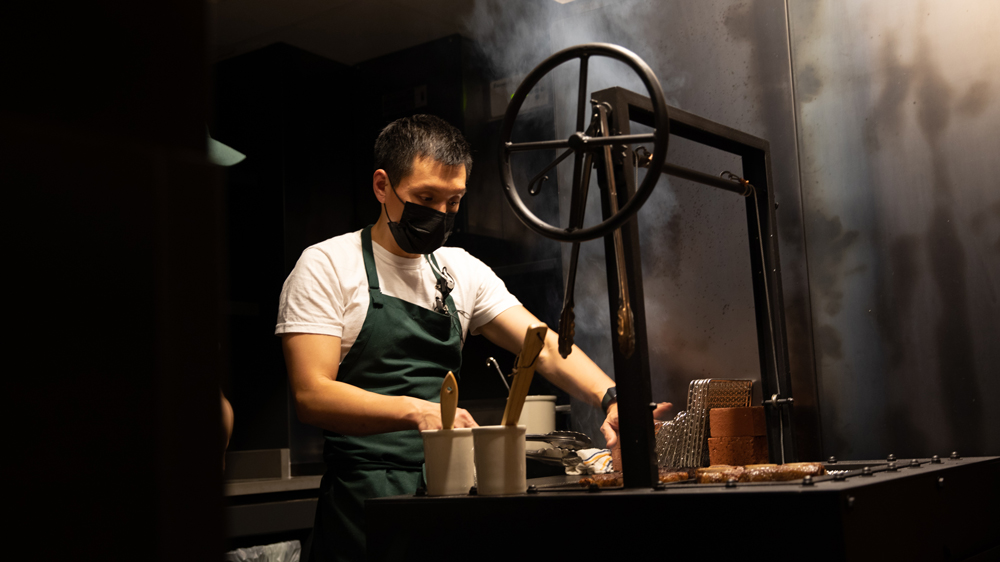 It was an inopportune time to open a restaurant. After nine years working with Thomas Keller—at The French Laundry and helping open Per Se—Corey Lee struck out on his own with Benu in 2010. The country was still on its heels from the Financial Crisis, which made opening something with Benu’s ambition—a tasting menu-driven restaurant melding influences of Korea, China, Japan and his time in French fine dining—was an anxiety-inducing affair. It’s a storm he weathered, eventually earning three Michelin stars and elevating himself to one of the great culinary talents of his generation.

Now Lee is venturing into the fray again. As the country still reckons with the uncertainty of another crisis, he has launched a new restaurant in San Francisco, San Ho Won, earlier this month. The anxiety he experienced around this opening may feel familiar, but the restaurant itself is quite different. This time Lee is going more casual and is drawing more directly from his Korean roots. It’s a project years in the making that the pandemic delayed—and also helped shape.

San Ho Won is a partnership between Lee and Jeong-In Hwang, a Korean-born chef who moved to San Francisco in 2015 to work with Lee. The duo conceived of the restaurant as an homage to the country where they were both born and something they weren’t seeing elsewhere in the Bay Area.

“Recently, more modern Korean restaurants have opened,” Hwang tells Robb Report, “but we wanted to create a casual restaurant with a focus on premium ingredients, exact cuts of meat for our barbecue and take no shortcuts in our preparation.”

In 2019, Hwang and Lee traveled to Japan and Korea together, dining at barbecue restaurants in each country. There wasn’t one place that stood out above the rest along the way, but the casual vibe the restaurants shared was what they wanted to bring back to San Francisco with them.

Their efforts began focused primarily on barbecue. Not the kind of Korean barbecue with grills anchoring every table. But where chefs cooked over charcoal in an open kitchen, overlooking a minimalist dining room. When the pandemic delayed opening for dine-in service, they launched San Ho Won as a takeout-out only operation. For a year they cooked to-go, and it subtly changed the restaurant that has opened today. “It made us realize that even though we still wanted to highlight our charcoal barbecue, there were a lot of other dishes we wanted to serve to customers, too,” Hwang says. “So our menu grew and we offer a lot more than just barbecue.”

Hwang, who will lead the kitchen day-to-day, says that the menu is rooted in tradition, but they’re unafraid to break from it when they feel it’s warranted. Sometimes that’s a tweak to technique to improve on the original—like using flatter, cast iron pans (gamasot) for bibimbap instead of a stone pot (dolsot) to create crispier rice. Or tweaking the way they cut their short rib galbi so it cooks more evenly on the grill.

Sometimes San How Won will depart from tradition even further, like with its kimchi jjigae pozole, which merges the traditional Korean stew with the hominy-filled Mexican soup. It’s a nod to their own backgrounds and the Mexican heritage of the Mission District where the restaurant resides—and a great example of how Hwang and Lee think of their new restaurant, where delicious wins out over doctrinaire.

“When I first tried pozole, it reminded me of kimchi jjigae, and I thought the two would go really well together,” Hwang says. “We don’t have strict rules about how traditional or how modern to be. It just comes down to trying to serve the tastiest food we can.”