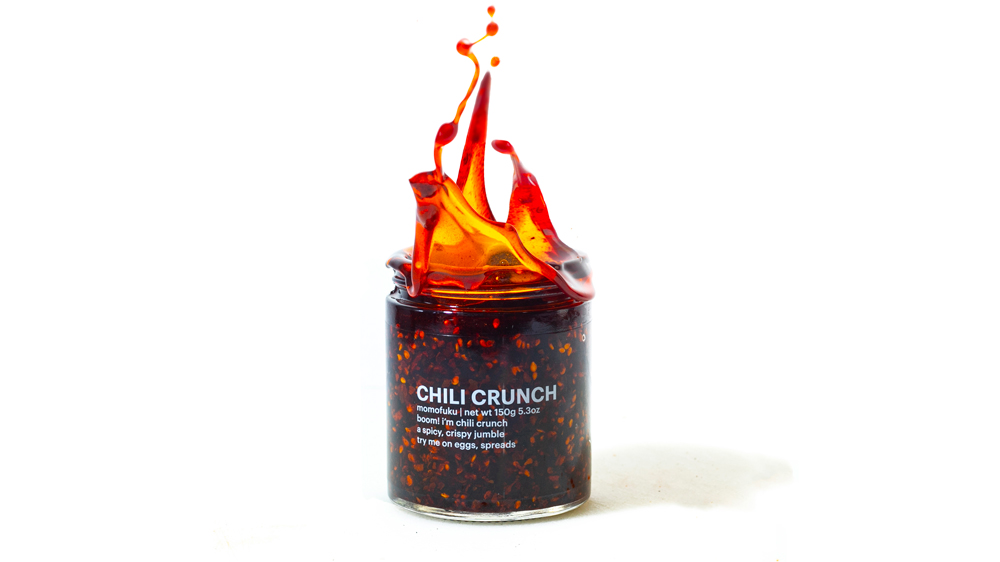 Sure, there are some hard-core home cooks out there obsessed with creating their own custom spice blends every time they fire up the oven or grill. We’ve been known to do that a bit ourselves, but we’re never too proud to ask for a little help in the kitchen. Fortunately, some of the country’s best chefs are more than willing to lend a hand. More and more of them are creating their own spice blends and sauces, so that you can bring the flavors of your favorite restaurants home and also take a shortcut to make better meals for your family and friends. Here are seven of our favorite out on the market right now.

Before groundbreaking chef Floyd Cardoz passed earlier this year from complications due to Covid-19, he had started a collaboration with acclaimed spice purveyor Burlap & Barrel. The Mumbai-born chef thrived at Gray Kunz’s legendary New York restaurant Lespinasse before opening Indian restaurant Tabla with Danny Meyer in 1998. He became a pioneer in Indian fine dining and went on to open more restaurants in New York and in India. With Burlap & Barrel, he designed a series of Masalas—Goan, Kashmiri and Garam—showing off different regions and spices of India.

Our mantra for cooking on busy weeknights is maximum flavor with minimal effort. That’s where Omsom shines. Sisters and cofounders Vanessa and Kim Pham have created a line of sauces in partnership with chefs to bring their flavors home. You can buy sauces individually or regionally, with an East Asian sampler that includes spicy bulgogi by Deuki Hong, of the Sunday Family in San Francisco; a yuzu misoyaki by Maiko Kyogoku, of Bessou in New York; and a spicy Sichuan sauce from Amelie Kang, of MáLà Project in New York. The Southeast Asian sampler features a trio of New York chefs, with Jimmy Ly of Madame Vo contributing a lemongrass barbecue, Nicole Ponseca of Jeepney creating a sisig sauce and Chat and Ohm Suansilphong of Fish Cheeks inspiring a larb. The different sauces serve as quick marinades to create a solid base for the dish you plan to cook.

Along with a line of salt blends—Savory, Tingly and Spicy—David Chang’s Momofuku has introduced its only chili crisp in the style of famed Chinese chili crisp queen Lao Gan Ma. The Momofuku version features a satisfying crunch and a subtle sweetness from the coconut sugar. It’s certainly not the hottest chili crisp you’ll find, as the spice is muted to let the other umami flavors come through. It’s a great way to finish roasted vegetables, but we especially love the chili crunch heaped atop cold fried chicken that you eat at 2 a.m., bathed in the light of the refrigerator, whose door is being held open by your body.

When Goya’s president angered its core Latinx fanbase by praising Trump during the summer, customers went searching for a different sazon spice blend purveyor. Many looked to Seattle chef Eric Rivera, who had already been developing spice blends before the incident and, because of the pandemic, had built out his nationwide delivery infrastructure to gain an additional revenue stream. While the sazon is delicious, the chef-owner of Addo’s lesser-known blend called Fennel Salt is a great addition to your arsenal. This blend features fennel seed, fennel pollen, yellow mustard seed, black pepper, paprika, salt and oregano. Rivera says he originally developed it for tomato sauces and French fries, but we’ve been using it a lot on grilled vegetables like baby bok choy and broccolini, as well as on pork loin, where the hint of anise from the fennel is a great complement to the pork.

When Diep Tran closed her beloved Good Girl Dinette in Los Angeles’ Highland Park neighborhood, she became the R&D chef for premium fish sauce maker Red Boat, helping develop new products. One ingenuous invention of hers is the company’s new concentrated nuoc cham. The sweet, tangy, salty and slightly funky Vietnamese sauce is great as a dipping sauce, a dressing or many other uses. We recently used the Red Boat salt rub made with Cassia’s Bryant Ng—that features cinnamon, clove, anchovy salt and other spices—as a dry rub on a NY strip, served medium rare, sliced and paired with rice noodles tossed in the nuoc cham.

Chef Max Boonthanakit may be best known for his dessert creations at Nightshade in LA and his current work at Blue by Alain Ducasse in Bangkok, but he’s also bringing some savory heat with his take on the Lao Gan Ma chili crisp. Boonthanakit’s version—made from sunflower oil, shallot, garlic, chili, anchovy, fennel seed prickly ash, salt and sugar—packs more heat than Momofuku’s crisp. So we’ve been deploying it with homemade chicken congee, where the creaminess of the rice porridge offsets the sharpness of the spice, or on a meat-lovers pizza from a favorite local spot, because the aromatics in the sausage and pepperoni holds up well against the crisp’s bold flavors.

We’re big fans of Stephanie Izard’s Chicago-based Goat empire which includes the flagship Girl and the Goat, Little Goat Diner, Cabra and more. The Iron Chef also has an extensive line of spice blends and sauces inspired by different corners of the globe from Japan to the Yucatan. We’re especially fond of This Little Goat went to Southeast Asia, a condiment that features a lemony-sharp kick of acid paired with some fish sauce umami. It’s a great addition to a bowl of noodles or drizzled over some green beans you’ve blistered in ripping-hot frying pan.