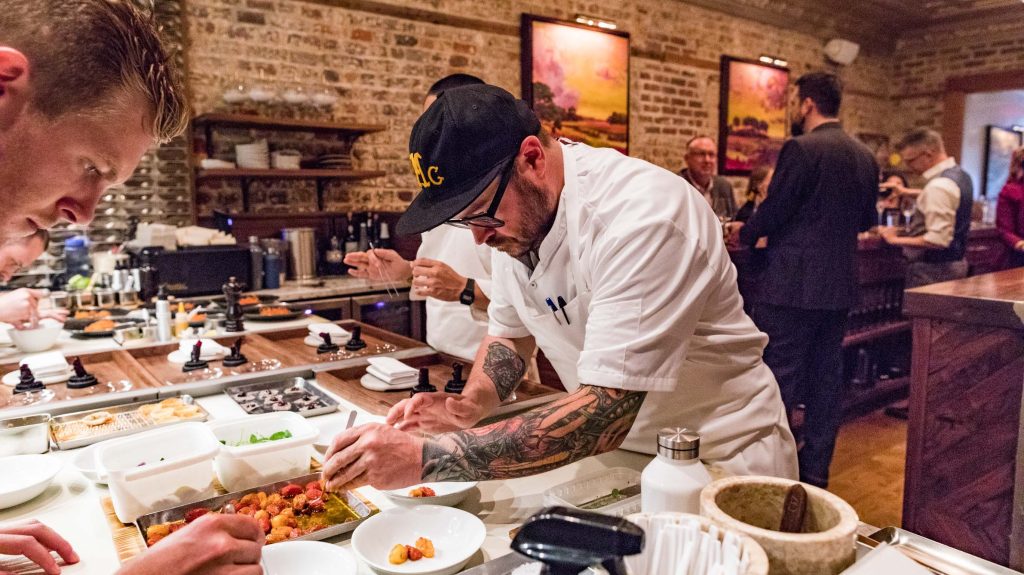 Having first retreated to the role of “founding chef and culinary advisor” at his pioneering Charleston restaurant, the now-Nashville-based Brock announced on Instagram that he is moving on from even that role.

As WSJ Magazine first reported earlier this year, the chef’s current focus is a new restaurant in East Nashville, a “sprawling temple to Appalachian culture” inspired by Brock’s Virginia upbringing.

Last year, Robb Report named Husk as one of the 30 Most influential restaurants of the last 30 years for how he changed Southern cuisine in America. “Sean not only brought the cooking to the forefront, he also brought the producers, too,” said Houston chef Chris Shepherd at the time. “It’s not just doing food from the South; he’s doing historical food, which I think is pretty brilliant.”

Husk now has four locations (Charleston, Nashville, Greenville and Savannah), while its parent company, the Neighborhood Dining Group, still includes the formerly Brock-associated, tasting-menu focused McCrady’s (and McCrady’s Tavern) in Charleston, as well as the Mexico-inspired Minero in Charleston and Atlanta.

“Watching my crazy idea for a restaurant that would only serve products from the American South expand into four cities will always be a highlight of my life,” Brock wrote on Instagram, referring to his time at Husk.

In addition to his regional food passions and voluminous tattoos, Brock was also previously well-known for his epic bourbon collection and hard-partying lifestyle. Now, after a 2017 visit to rehab, he collects guitars and guitar pedals. The chef has also been outspoken about sobriety, and changing kitchen culture.

“I’m opening a pretty neat restaurant in Nashville where one of the big focuses will be creating a safe place for people to work,” Brock told Men’s Health last fall.

Brock’s age, including his recovery from an autoimmune condition called myasthenia gravis that threatened his eyesight, was part of Chef’s Table Season 6. Since then, the chef and his wife, Adi, have also become parents.

“The restaurant that I am creating will be the one I plan to someday retire in and pass onto my children,” Brock wrote on Instagram.”I can’t wait to share some exciting new projects with you all in the coming months!”

Yesterday was my last day as Culinary Advisor of all four HUSK restaurants throughout the Southeast. Watching my crazy idea for a restaurant that would only serve products from the American South expand into four cities will always be a highlight of my life. Thank you to everyone, especially the employees, for all the support and wonderful memories. I’m excited to start the next half of my career here in Nashville focusing on the Appalachian foodways of my family. The restaurant that I am creating will be the one I plan to someday retire in and pass onto my children. One of life’s greatest privileges is our ability to wake up each day with a fresh outlook and do our best to contribute to the community that we feel we belong to. I can’t wait to share some exciting new projects with you all in the coming months! Thank you for the support and for allowing me to follow my heart, practice my craft and provide for my family. Yes, walking away is difficult but listening to your soul is easy.