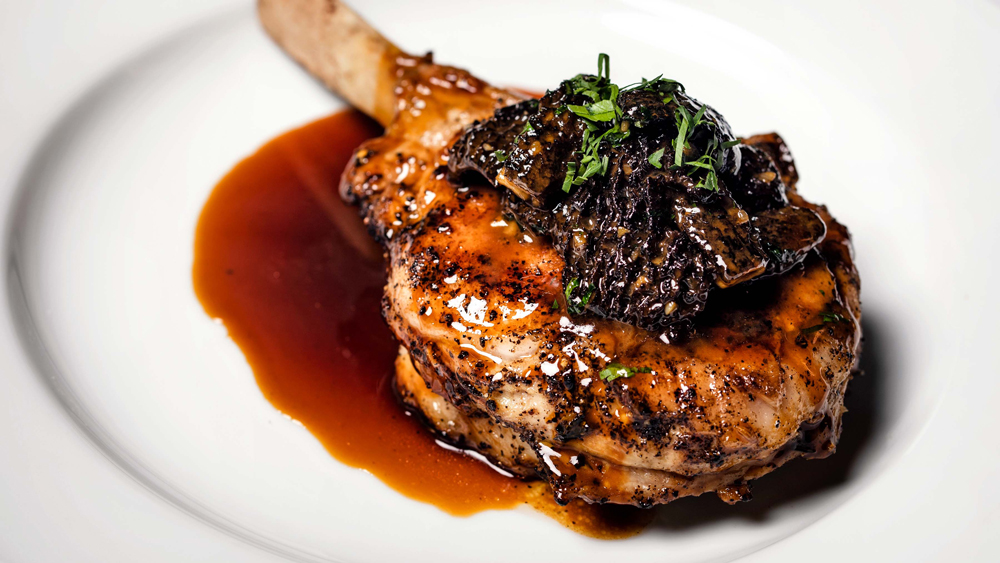 In Silicon Valley, people are always thinking years into the future. But at Selby’s—a new restaurant in the residential community of Atherton—they’re being pulled backwards, experiencing the retro cuisine and glamorous dining environment from half a century ago.

“People are really excited to see a style of cooking that has escaped most restaurants,” executive chef Mark Sullivan said. “Dining is more than just the food and the plate. We’re trying to create an experience.”

Nostalgic dining is in, with midcentury-inspired restaurants and throwback supper clubs popping up all over the country. Selby’s, which is the newest project from Bacchus Management, the operators of luxe restaurants Spruce and Saratoga, embraces all the pomp and theatrics that goes along with that. They favor tableside preparations—like spooning poached plums over dry-aged duck directly onto your plate—and whimsical touches like caviar service and a martini cart that rolls around the dining room.

Sullivan says diners are a bit “stunned” when they walk into the renovated space, which has hosted restaurants since the 1930s. The bar is topped with marble and the tables are adorned with white linens. His “continental American” menu is inspired by dishes of the 1940s and the post-World War II era, when chicken kiev was considered exotic.

“It’s taking really great classical ideas in cuisine and in service and refreshing them,” he said. “There’s certain dishes that are just so good they don’t need to be changed too much, but they need to be honored. How can we change a dish to make it feel a little bit magical?”

Dishes include icons like sweetbread piccata, veal chop marsala, a 24-ounce Delmonico steak and peach melba, many of which have dropped out of favor with chefs in the past few decades. Sullivan strips them all back to focus on the individual ingredients, like they did years ago.

“It’s very clean in terms of the way we’re plating,” he says. “Back then when you ordered a steak, you had the steak and a little sauce and very small garnish. It’s simple, but not simplistic. There’s something very comforting and sort of wholesome about it.”

If diners want something more, they can order steakhouse-like sides such as potato gratin savoyarde or turnips and greens; much of the produce is harvested from SMIP Ranch, the restaurant group’s five-acre organic farm in Woodside.

Selby’s opened at the end of July in a town fairly devoid of eateries, so it aims to fill that gap as a date-night hot spot, happy hour destination and a dinnertime hang all rolled into one. Sullivan believes they can serve all of those needs and enchant all of those diners with their return to the essentials.

“As chefs, we’re always thinking about what we’re going to add, but for me it’s been refreshing to pull it all back,” Sullivan said. “I have two boys, they’re 8 and 12. And I think about like this: At some point when they’re drawing, I want to take the crayons out of their hands. I think the same way with food. What can I take away? How far can I strip it back?”