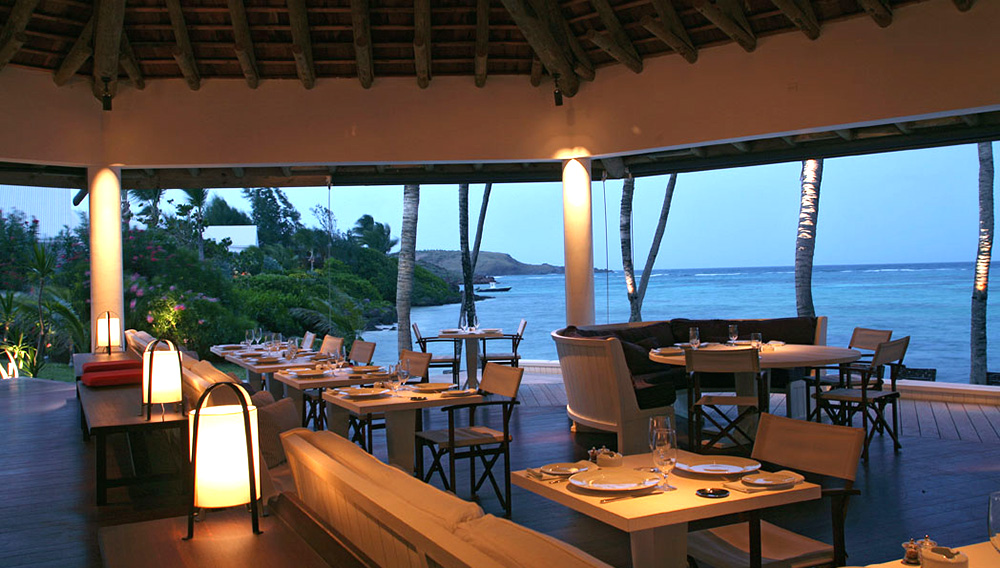 NEW YORK (October 28, 2015) – To enhance guests’ experience at Le Sereno, St. Barthélemy this winter season and in anticipation of the opening of Il Sereno, Lago di Como next year, Sereno Properties is proud to announce a new partnership with celebrated London restaurateur Giuliano Lotto to operate Restaurant Le Sereno in St. Barth, opening Oct. 28, 2015, and the Restaurant at Il Sereno, Lago di Como when the hotel opens in summer 2016.

“Sereno Properties is thrilled to partner with Mr. Giuliano Lotto, an acclaimed talent in the restaurant industry, to bring our guests new and outstanding dining experiences that will be truly unique to their destinations in St. Barth and Lake Como,” said Luis Contreras, owner of Le Sereno, St. Barthélemy and Il Sereno, Lago di Como. The partnership will be a 50/50 venture to operate both the new restaurants.

The Restaurant at Le Sereno will be Giuliano Lotto’s restaurant debut in the Caribbean dining scene.

Lotto is a well-known and respected restaurateur who can stake a claim for being responsible for the renaissance in the UK foodie scene. Lotto gave many current gastronomic stars their first foray into the restaurant world, including the likes of Gordon Ramsay, Marcus Wareing and Giorgio Locatelli. Lotto is currently part owner of several restaurants, including The Arts Club (London), Il Baretto (London), La Petite Maison (London, Dubai, Beirut), Roka Mayfair (London) and Peyote (London).

Restaurant Le Sereno is located on the beach of St. Barth’s coveted Grand Cul de Sac, perfect for savoring sunsets and extraordinary dining steps from the ocean. The restaurant will serve as a casually elegant Mediterranean Brasserie,  taking advantage of the bounty of the Caribbean Sea while incorporating an Italian accent due to the closeness with its sister property in Lake Como and the nationality of the chef and owners. At the helm of Restaurant Le Sereno, Chef Alex Simone will deliver simple and beautifully presented dining experiences reflective of the sophisticated essence of St. Barth. Chef’s classic Mediterranean dishes will be made with the freshest ingredients and will fit perfectly with the restaurant’s beachfront setting, including dishes like Steak Tartare and Vitel Toné. The menu will highlight array of vibrant flavors in dishes like the Poisson en Croute de Sel (fish baked in salt-crust with Lake Como aromatic herbs) and Herb-Crusted Sea Scallops with Saffron, which will be prepared by some of the most experienced and talented team of chefs in St. Barth.

The Italian accent will be seen and tasted throughout the menu, most notably in the restaurant’s signature Gnocchi Le Sereno, a tradition from Lake Como and made from unprocessed buckwheat flour with a robust tomato-sage sauce, as sage is the typical aromatic herb of the lake and Chef Simone’s delicious Lobster Linguine made with fresh local spiny lobster that arrives daily to Le Sereno’s private beach, which will be one of the most sought-after dishes on the menu.

Restaurant Le Sereno blends professional service into the elegant, yet relaxed, ambiance that has made Le Sereno renowned. Emanating the rest of the hotel, the dining area was designed by famed French designer Christian Liaigre. Restaurant Le Sereno’s exquisite new menu and impeccable service, along with the restaurant’s idyllic beachfront setting, will leave guests with a truly unforgettable dining experience.

Details of the Restaurant at Il Sereno, Lago di Como will be announced closer to the hotel’s opening in summer 2016.

Giuliano Lotto is a well-known and respected restaurateur who can stake a claim for being responsible for the renaissance in the UK foodie scene. Giuliano gave many current gastronomic stars their first foray into the restaurant world, including the likes of Gordon Ramsay, Marcus Wareing and Giorgio Locatelli.  He was a former director of A-Z Restaurants, where he teamed up with brothers Arjun and Pritam Waney to come up with what has now become the top destination in London for a true taste of the Côte d’Azur, La Petite Maison.

Giuliano Lotto transformed himself from a stockbroker into a legend for fine restaurants (“… the restaurant supremo,” Tatler Restaurant Guide 2012). He divides his time between Milan, his native city, and London, where he has built an empire of restaurants.

Chef Alex Simone started his career in Belgium and then moved to London, where he worked with famous chefs such as Stefano Cavallini (the first Italian Chef who won the Michelin Star outside Italy) and Andy Needham. His partnership with Giuliano Lotto started in 2000 at Alloro Restaurant, followed by the Michelin Star Zafferano and carrying on with Aurelia, Baretto and The Arts Club. He is currently the Executive Chef of Il Baretto Restaurant, owned by Giuliano Lotto and the Waney brothers.

Le Sereno is an intimate beachfront hotel with 36 suites and three 7,000 square feet, four-bedroom Villas each with a private pool and garden. Le Sereno stretches along 180 meters (600 feet) of sandy beach on the coveted Grand Cul-de-Sac, where virtually all of the suites and villas have a view of the turquoise lagoon. The Spa at Le Sereno has the island’s only true waterfront treatment suite featuring products and techniques by Sothys. Le Sereno St. Barth is owned and operated by Sereno Properties which oversees the Le Sereno Villas and the soon to be unveiled Il Sereno, Lake Como in Italy. www.lesereno.com

With the addition of the Lake Como property and future expansions to be announced, Sereno Properties will be the owner and operator of a small number of hotels at the upper echelon of the luxury market. Themes carried through each hotel will be a small, intimate number of rooms, locations in some of the world’s most coveted destinations, oversized rooms and suites, understated luxury, and exact attention to detail in design, service and amenities. For more information about Sereno Properties, please contact Luis Contreras at luis.contreras@fulcrum-llc.com.