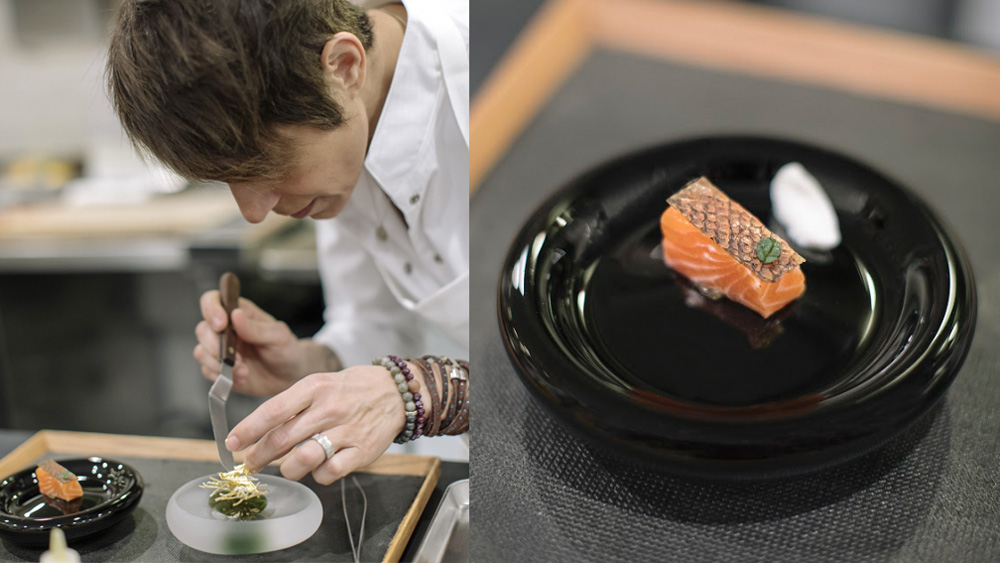 Ask Dominique Crenn about Michelin and the World’s 50 Best, and she’ll tell you she doesn’t let those accolades define her. “I grew up in France and I remember those beautiful Michelin-starred restaurants. I respect and appreciate it, but it’s not why I wake up in the morning,” she told Robb Report.

Yet, when she wakes up tomorrow, she’ll be among the rarefied collection of chefs in the world with three stars. The tire-company-turned-gastronomic-guide finally handed its highest honor to her flagship fine dining restaurant Atelier Crenn. This is the first time ever a restaurant led by a woman has won three stars in the United States. To top off the day for her, Bar Crenn, which opened earlier this year, earned one star.

Also joining Atelier Crenn in the three-star ranks is SingleThread, the restaurant by Katina and Kyle Connaughton on a 5-acre farm in Healdsburg, Calif. It brings the total number of restaurants in the Bay Area with three stars up to eight, which is three more than New York. The Big Apple likes to believe it’s the center of the universe, but according to Michelin, the fine dining capital of America is San Francisco.

At the one-star level, Birdsong, Madcap, Nico, and Protégé joined the list for the first time. And, as chef Erik Anderson predicted, Coi lost its third star, which it had been given last year. The top honor was awarded to the restaurant under the leadership of Matthew Kirkley, who left Coi to compete in the culinary Olympics, Bocuse d’Or.

Before the stars were announced, Anderson told Robb Report, “I’m sure we’ll lose a star, that’s not going to be any big surprise. I think stars belong to the chefs. I have zero, so if I get two, I’d be super excited. Everyone is going to be like, ‘Oh he lost one.’ No, I gained two. Those were Matt’s stars.”