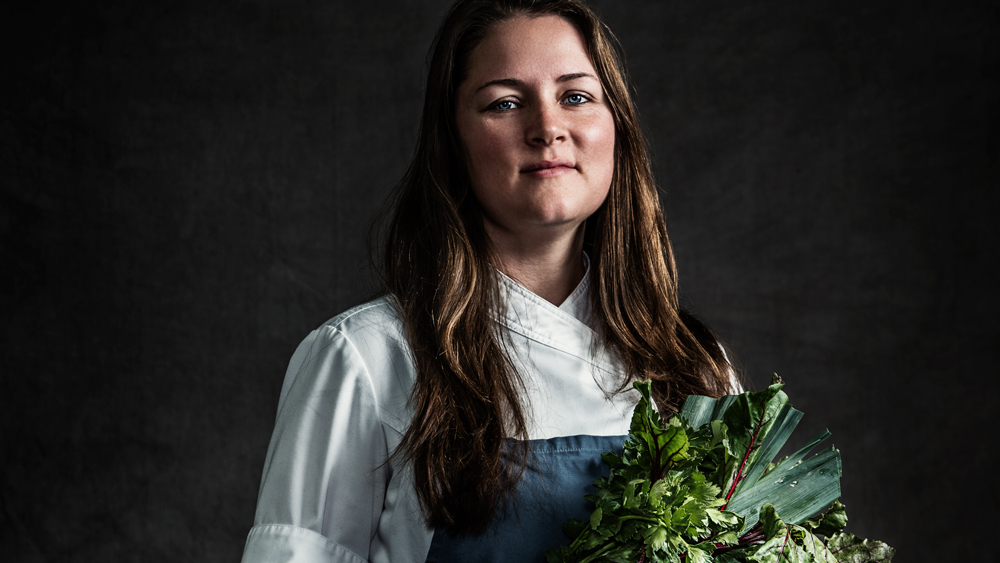 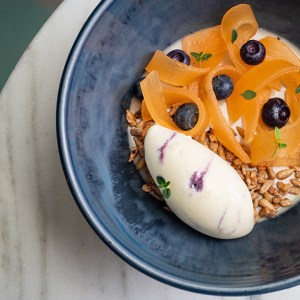 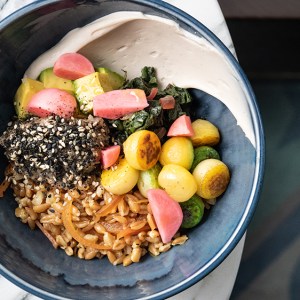 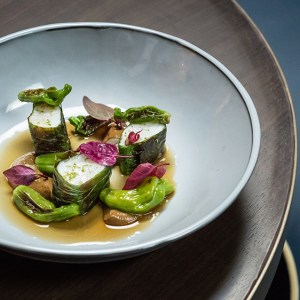 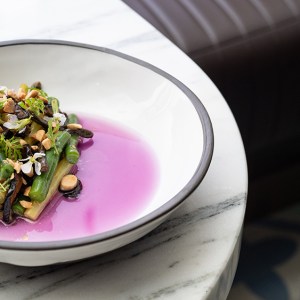 Earlier this year, Jessica Largey cooked dinner for her forthcoming restaurant at the home of her primary investor. She prepared a seven-course menu looking for feedback from the assembled group. There was one dish in particular that she was nervous about—Largey wasn’t sure if they’d like an asparagus and salmon combo that also happened to be spicy. However, the guests were effusive, if not a little confused. “We loved it,” they told her. “How’d you put that together? It doesn’t make sense, but it works so well.” She simply responded, “In the library of ingredients in my brain, it makes sense.”

It’s a brain that has served her and her diners well. She not only worked in some of America’s finest kitchens but thrived. After a stint at the Michelin-two-star Providence in Los Angeles, Largey really made her name, ascending to chef de cuisine at David Kinch’s three-star Manresa in Los Gatos, Calif., at only 25 years old. While there, she won a James Beard Award for Rising Star Chef in 2015 and decided she wanted to go out on her own. Now, after three years of careful planning, protracted delays, and endless anticipation, Largey’s first solo restaurant Simone and adjoining bar Duello debut tonight in LA’s hip Arts District.

Largey’s relationship to food has always been a little bit different than most, with childhood hobbies that even confounded her parents. “Ever since I was a little kid, I was kind of obsessed with our small-town butcher,” she tells Robb Report. “My dad would take me down there, and my mom thought it was pretty creepy that I really loved watching him butcher everything.” But there were plenty of food habits her mother encouraged. “We never really had processed food, and we ate dinner at home every night,” Largey says. “If I ever asked for a snack, my mom would give me a cucumber and a bell pepper, and that was it. No ranch or hummus or anything like that. I love that she made us love vegetables.”

Simone is a restaurant rooted in those early experiences combined with her professional upbringing. There’s a temperature-controlled room like at Providence where she can do the whole-animal butchery that first fascinated her as a child. She’s featuring a vegetable-forward style that she picked up as a kid but refined further at Manresa. And there’s a tireless appreciation of great product but in a much more relaxed setting than the Michelin-starred temples she’s cooked in. “It’s more casual and very stripped down,” Largey says. “I don’t need a flower and a garnish for every bite, which was so ingrained in me for 12 years working in fine dining.”

Inside a resplendent Art Deco space designed by Deirdre Doherty, Largey and her team will serve dishes including brown butter maitake mushrooms with turnips and shallot miso; charred squash with nectarine and macadamia salsa macha; and pork collar with grilled long peppers, ‘nduja, and olive tapenade. For three years dishes like these have been living in her brain, waiting to get out as construction delays on the 1921 building dragged on. But tonight the doors will finally open, and the public will get a glimpse inside Largey’s talented mind.