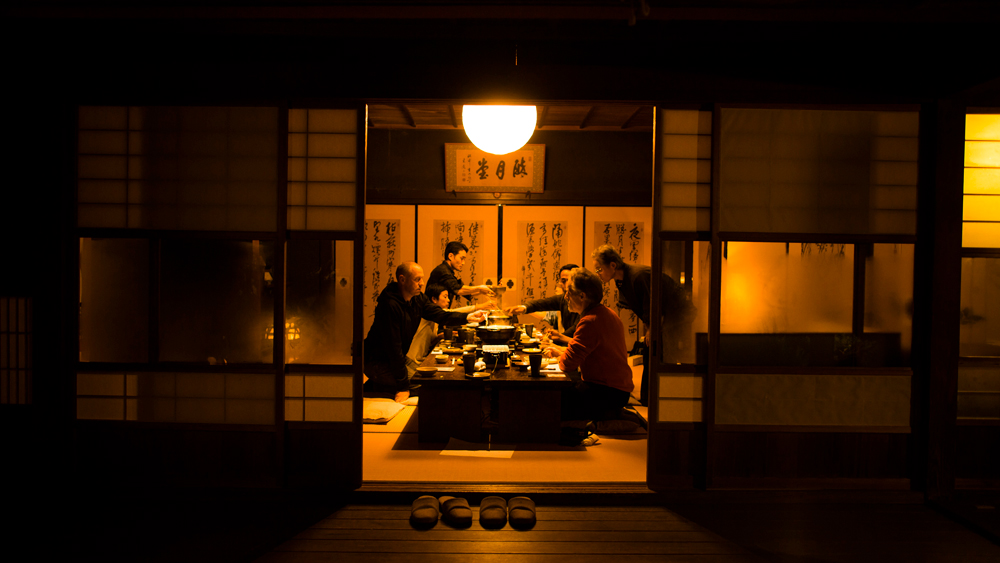 Kyle Connaughton tells a story every night, at every dinner service he hosts at his Michelin three-star restaurant SingleThread in Healdsburg, Calif. But he doesn’t think that story is enough. What shows up on the plate, he says, just scratches the surface of the culinary and cultural narrative he wants diners to understand.

This impulse to tell a deeper story about agriculture and craftmanship is why Connaughton and his partner, Katina, have teamed up with the immersive travel company Modern Adventure to launch Paragon, an intimate enterprise that sends a handful of travelers around the world with culinary luminaries to delve into what makes a regional cuisine so special.

“When guests come to our restaurant, they see the final result of all the hard work and relationships behind the scenes,” Kyle said. “We wanted to be able to take people behind the scenes and let them take part in those relationships and see where we draw our inspiration. We were excited to do it in our own way and also to connect other chef friends whom we respect so much so they can tell their stories as well.”

Every unique departure with Paragon will be limited to very small groups of eight to 16 guests. Travelers will be guided by highly acclaimed chefs like the Connaughtons and wine professionals like Fresca Food & Wine’s Bobby Stuckey to privately dine at exclusive restaurants, get behind-the-scenes tours of cultural institutions like fish markets, connect with world-class craftspeople and artists, and sleep in luxurious and historic hotels.

The first Paragon trip will be the nine-day, eight-night SingleThread Japan, taking place April 15–23, 2023. The trip will be hosted by the Connaughtons and it will cross Osaka, Kyoto and Tokyo. Japan has played a role in Kyle’s life since he was a child.

“We lived there for many years, I went to Japanese culinary school and I wrote a book there,” Kyle said. “We still travel there frequently to visit artisans, craftspeople, artists, farms and fisheries. It’s such a huge influence on what we do at SingleThread, both in the restaurant and the farm.”

The cuisine of SingleThread  John Troxell

“We are going beyond just a trip of eating and drinking,” Kyle said. “I want the guests to understand Japanese cuisine in terms of not just what it is but why it is. We are looking at history, culture, and other arts such as tea ceremonies, floral arrangements, and pottery to tell a deeper story and give a more complete understanding. These dishes served in Japanese dining are so much more than ingredients on a plate—they tell a very rich story.”

Luis Vargas, the founder and CEO of Modern Adventure, said chefs like the Connaughtons are “creative geniuses” who “look at their craft and world differently than most,” making them fascinating tour guides. They have bold visions for these once-in-a-lifetime excursions.

“This makes for an incredible canvas of exploration, access and discovery, with moments and experiences that simply couldn’t happen anywhere else,” he said. “Paragon will offer experiences across the worlds of art, design, wine, music and more because we believe they’re all connected.

Travelers will get to explore cities across Japan.  Leslie Taylor

“We hope travelers will return home from these trips with a better understanding of themselves and the world around them, and a deeper appreciation and context for the craft, passion and inspiration of our Paragon ‘luminaries.’”

Kyle says he and Katina hope to come home with something from the trips as well.

“We hope to take away an even deeper understanding of what inspires us so much, share and tell these stories of these experiences we enjoyed while living in Japan,” he said. “Sometimes we can take for granted these incredible relationships we have so this is a chance for us to have fresh perspectives and create new experiences together.”

SingleThread Japan is limited to eight travelers. Bookings open this week at modernadventure.com/paragon.

Other Paragon trips scheduled for 2023 include Champagne, France, with Dom Perignon, hosted by SingleThread’s executive wine director, Rusty Rastello, in May; Friuli, Italy, hosted by Stuckey in June; Napa and Sonoma, hosted by the Connaughtons in September; and Yucatán and Mexico City, Mexico, hosted by Quintonil chef Jorge Vallejo in October.

A portion of proceeds from the trips will go to support charitable causes and nonprofits, an initiative of the Certified B-Corp and climate-neutral travel company. From the Japan trip, $50,000 will go to scholarships for students at the Culinary Institute of America in Napa to study in Japan.