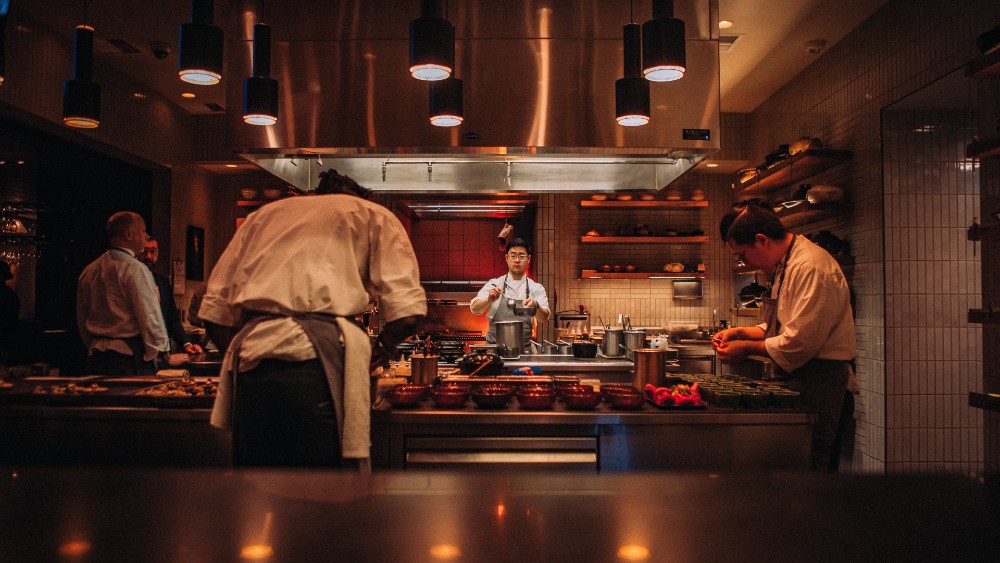 Unfortunately for Kyle Connaughton, shutting down his restaurant at the whims of nature is not new to him. As he prepared to close SingleThread because of the Covid-19 pandemic, the chef-owner of the Michelin three-star restaurant in Sonoma wine country only had to think back to last fall. The Kincade Fire ravaged Northern California, burning an area more than double the size of San Francisco and forcing 180,000 people from their homes. And the restaurant, inn and farm Connaughton co-founded with his wife Katina closed for a week.

During that time, SingleThread partnered with the nonprofit organization Sonoma Family Meal to cook for people in need, like first responders and citizens forced into shelters. He knew Covid-19 shutdown could be just as devastating to the community, so he thought, “What if I got donors and we can turn our kitchen into a production kitchen to produce a few hundred meals a day to distribute?” Connaughton tells Robb Report. “We could say to donors, ‘Instead of helping SingleThread, help this charity so it’s a charitable donation for you, and that can keep our staff working and keep us purchasing products from our own farm and other farms around us.'”

From wineries and generous regulars in the area, the restaurant early on raised $150,000 toward producing 200 meals every morning. Sonoma Family Meal purchases the meals and distributes them to people in need throughout the community from seniors to laid off workers to agricultural workers. Sonoma Family Meal began during the 2017 Northern California wildfires that killed 44 people and burned 3,000 homes in the area.

This set up is beneficial to more than the people receiving the meals. At a time when massive layoffs have swept across restaurant industry, SingleThread can retain more staff. And as farmers struggle with the lack of restaurants buying their products, this keeps a sliver of the supply chain open to help create a market for the produce.

Across the country, similar partnerships between restaurants and nonprofits have formed to feed those in need and employ more restaurant workers, like José Andrés’ World Central Kitchen and the Lee Initiative, created by chef Edward Lee. The latter program provides grants to help distribute food to laid-off hospitality workers. And last Friday, a state government actually stepped in to help fund efforts like these on a larger scale. California Governor Gavin Newsom announced a plan called Restaurants Deliver: Home Meals for Seniors, where the state will pay restaurants to cook food for seniors who might otherwise go hungry during the crisis.

For SingleThread, this is not the only way they’re trying to stay afloat and keep the business alive until the crisis ends. On top of creating meals for charity, it’s offering takeout meals on Tock. The restaurant that’s normally an 11-course, three-hour-long tasting menu experience is creating themed family-style meals for four, where the menu may evoke a region or honor a famous restaurant like Suzanne Goin’s Lucques in LA or Zaiyu Hasegawa’s and Den in Tokyo.

For health the health and safety of diners and his cooks, Connaughton has taken multiple precautions. He’s separated the area where food is received by the restaurant and where chefs work; kitchen staff cook with ample space between them; and workers put meals directly in the popped trunk of a diner’s car to avoid contact. Also, the people who continue to work at SingleThread must commit to an almost monk-like existence. “When you go home, you go home. You can’t hang out, you can’t see people and we’re ordering everything they need in their homes like milk, eggs and TP, so they don’t have to go to the store,” Connaughton says. “We’re focused on this project and have an understanding that we’re not just here to get a paycheck, we’re here to save everyone else’s jobs.”