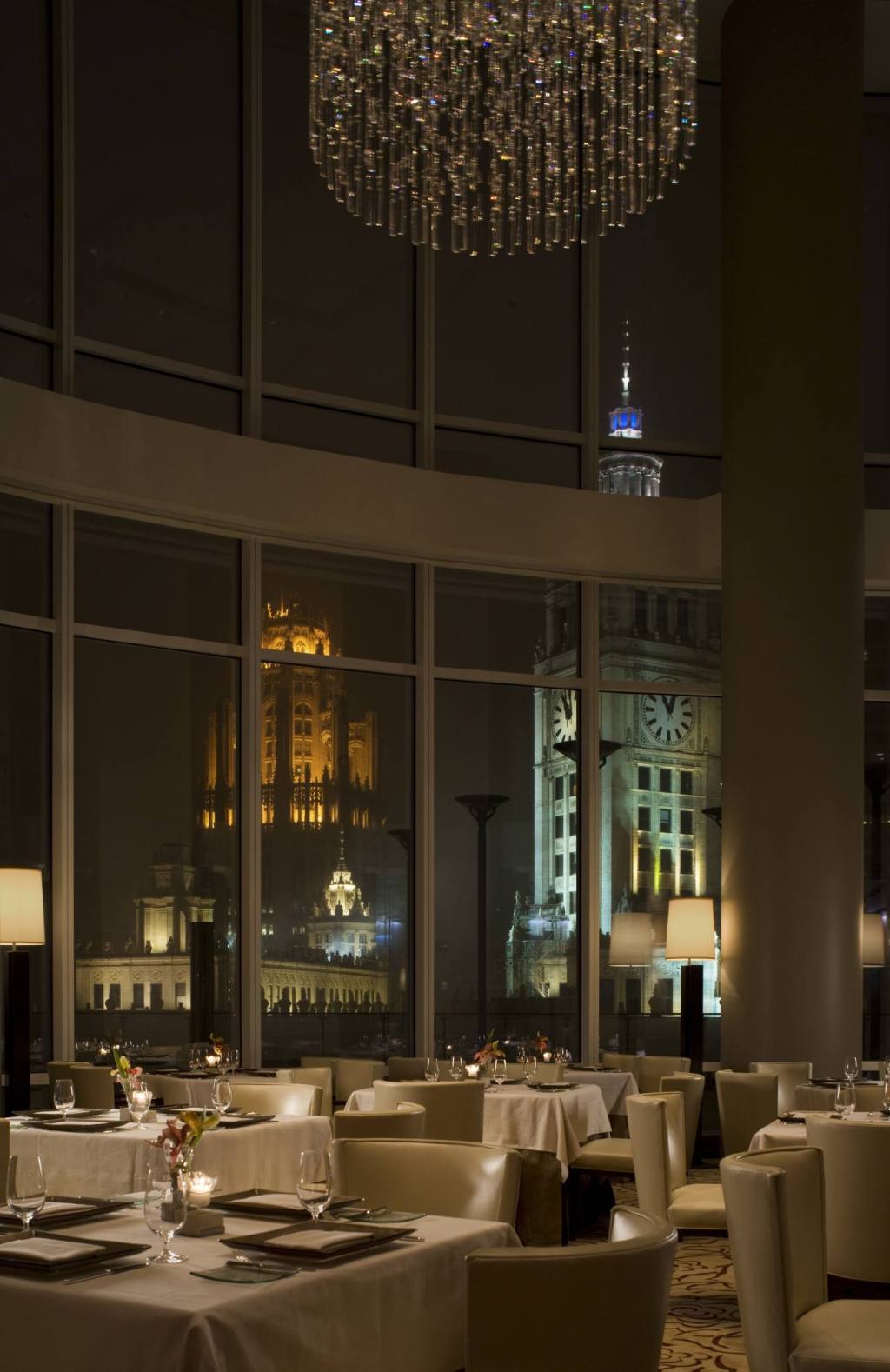 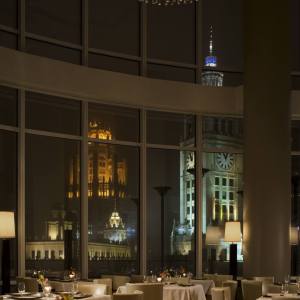 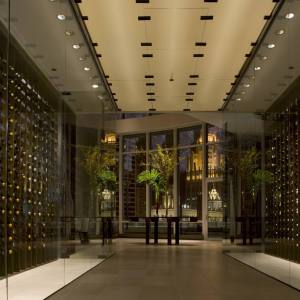 Following a year-long series of menus exploring sources of inspiration, the culinary team at Sixteen welcomes 2015 with a new guiding-theme of Progress. Executive Chef Thomas Lents and the culinary team at Sixteen are pleased to debut the first in a quarterly series of menus at the Michelin Two-Star, Forbes’ Five-Star restaurant at Trump International Hotel & Tower® Chicago.

This season’s menu, entitled Dining in Progress, tracks the evolution of fine dining by looking back at influential cuisines, significant chefs and traditional techniques. The menu also looks to the future of modern cuisine and the perpetual search for new trends and flavors.

Pivotal to the story of the multi-course menu is the need to reflect on and understand the past in order to move forward. This reference to building on the past is illustrated in the design of the physical menu, which presents guests with wooden blocks to construct their dining experience.

The Winter Menu at Sixteen features:

The menu begins with a series of snacks that represent the search for new cuisines, ingredients and techniques. Highlighting a timely source of inspiration for the culinary community, the four snacks include flavors and ingredients from Nordic cuisine.

The menu advances with an amuse bouche that features iconic flavors from the Spanish technical movement with langoustine served in its shell with chorizo, pine nut and citrus.

Guests then have an choice of dishes for the following courses, including:

The Importance of Flora: Vegetables Reclaim A Central Part

Mining Traditions: What Is Old Is New Again

Grilled lobster on rice with uni and coffee

Veloute of lettuce with veal sweetbreads and razor clams

A New Fusion: Forward Thinking With Respect for Tradition

Monkfish cooked on the bone with endive, truffle and blood orange

Fallow venison with fennel, red fruits, faro and buttermilk with a hibiscus and currant jus

Diners will also enjoy two dishes that are a gift from the kitchen and served as part of the experience.

The Humility of Broth: A Pursuit of the Purity of Flavor

Foie gras with kumquat and bergamot in a navet consommé

Bone marrow custard with corned veal and flavors of gribiche

Crafted by Executive Pastry Chef Aya Fukai, the dessert courses begin with a series of snacks that reflect on trends and influences in the pastry realm. The first two snacks of the series focus on the growing use of savory ingredients and coooking techniques to create pastry dishes, a trend that has been observed over the last two decades. The two following snacks reference the influential Spanish modernist movement, which promoted the use of modern techniques to obtain different esthetics and textures in desserts.

After reflecting on these advancements and the influence of savory cooking, the main dessert presentation explores the movement of savory chefs creating desserts while restaurants eliminate the traditional pastry chef position. To exhibit the pastry chef craft, Chef Fukai shares two classic desserts presented in the traditional style alongside a modern spin on the dish.

A Blurred Line Between Savory and Sweet: In Defense of the Pastry Chef

The multi-course tasting menu costs $190 per person with a pre-fixe option available for $130. Wine pairings may be added for $125 and a reserve pairing may be selected for $750. A la carte options are also offered upon request. Dinner is served at Sixteen nightly from 5:30 to 10:00 p.m. To view menus or to make reservations, please visit the restaurant online or call (312) 588-8030.

Located on the 16th Floor of Trump International Hotel & Tower® Chicago, Sixteen was designed by Ivanka Trump and Chicago-based architects Valerio Dewalt Train Associates. Featuring world-class, modern American cuisine from Executive Chef Thomas Lents, Sixteen has received four-star ratings from Chicago magazine and the Chicago Tribune, a two-star designation from the 2015 Michelin Guide, and a Five-Star designation from the prestigious Forbes Travel Guide 2014. Sixteen serves breakfast daily from 6:30 to 10:30 a.m. and Sunday brunch from 11 a.m. to 2:30 p.m. Lunch is available Monday through Saturday from 11:30 a.m. to 2:30 p.m. Dinner is available daily from 5:30 p.m. to 10:00 p.m. The Bar at Sixteen, as well as the adjoining Bridges Room, open daily at 11 a.m. and serve a casual bistro menu from 2:30 p.m. to 10 p.m. For reservations, please call (312) 588-8030. You may also visit Sixteen on Facebook, Twitter and on its recently launched blog, On Sixteen.

Trump International Hotel & Tower® Chicago, located in the heart of the city at 401 N. Wabash Avenue, welcomed its first hotel guests in January 2008. The hotel, comprising floors 14-27 of a 92-story residential tower developed by the Trump Organization, features 339 luxuriously appointed guestrooms including one-, two- and three-bedroom suites; Sixteen, the two-star Michelin-rated restaurant featuring the modern American cuisine of Executive Chef Thomas Lents; The Spa at Trump® with 53 specially appointed spa guest rooms; the Trump Health Club; Rebar, a chic cocktail lounge; The Terrace at Trump and more. Designed by the noted architectural firm of Skidmore, Owings & Merrill with interiors by McGinley Design, Trump International Hotel & Tower® Chicago is a stunning addition to Chicago’s distinguished skyline. The hotel and restaurant were each awarded five stars by the esteemed Forbes Travel Guide in 2014. The property has also been recognized by Travel + Leisure as one of the top 5 hotels for business travelers in the “World’s Best Awards” 2012 and named one of the “World’s Best Hotels” for 2013. For room and event reservations at Trump International Hotel & Tower® Chicago, call (312) 588-8000, (877) 458-TRUMP (7867).  Connect with the hotel on Facebook, Twitter and Instagram.