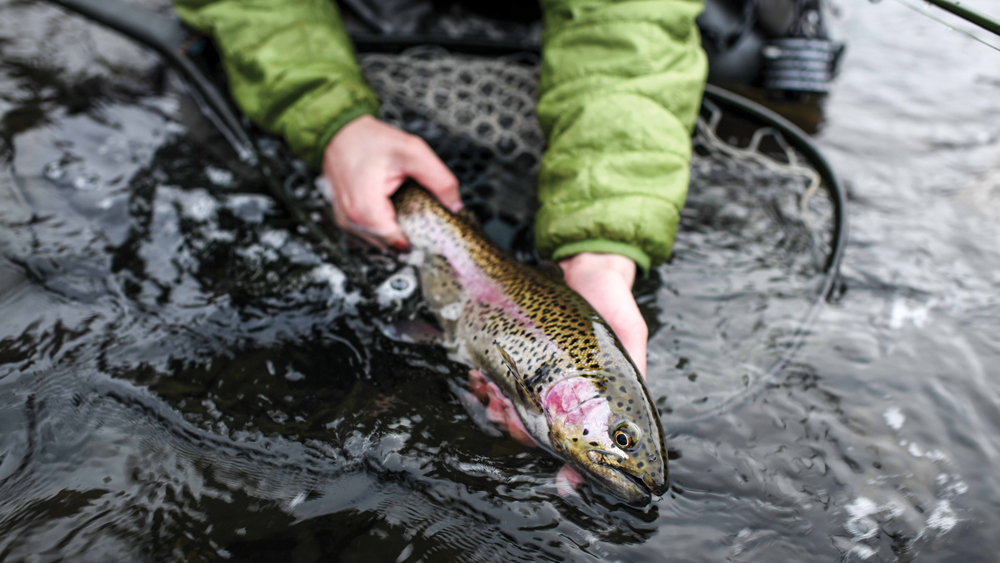 These days, you’re likely to find chef Joshua Skenes at his new restaurant, Angler, presiding over a kitchen that’s putting out immaculate seafood dishes. Or perhaps he’s at Saison, the Michelin three-star showcase to his naturalistic style of cooking that rocketed him to culinary stardom. If you see him at either of his San Francisco spots, know that he’d prefer to be somewhere else. Not that he doesn’t enjoy his work—it’s just that the cooking he loves best isn’t done in a city. “There is no better thing in the world than being out on a river, catching a fish, and then smelling it all while it grills over the campfire,” he says. “It’s restorative.”

His affinity for nature greatly influences the way he sees food and approaches his craft. “From the time that a product is harvested—whether it’s a leaf or an elk—there’s a moment in time when everything tastes its best,” he says. “It’s vibrant and it’s full of flavor, aroma, and fragrance.” Venturing into the great outdoors gets him closer to that moment of peak flavor. He wants to take some discerning diners to that moment with him.

Skenes is offering one Robb Report reader and up to three companions the dining experience of a lifetime. Depending on the season, the chef will select the ideal river around Mount Shasta in Northern California to build a fishing trip where the group will embark on a day of fishing and foraging. Skenes will then take what has been caught and gathered and give a master class in outdoor cooking, preparing a meal with the freshest ingredients. It’s the chance to experience the care and technique he delivers every day in his San Francisco kitchens, but in the setting that most inspires him.

The package starts at $5,000 per person. For the chance to be one of the lucky few to experience this catch-and-cook excursion, go to Skenes’s website, click on the antler logo, fill out the information fields, and indicate in the special requests that you’re interested in the “Robb Report Ultimate Gift Guide getaway.”