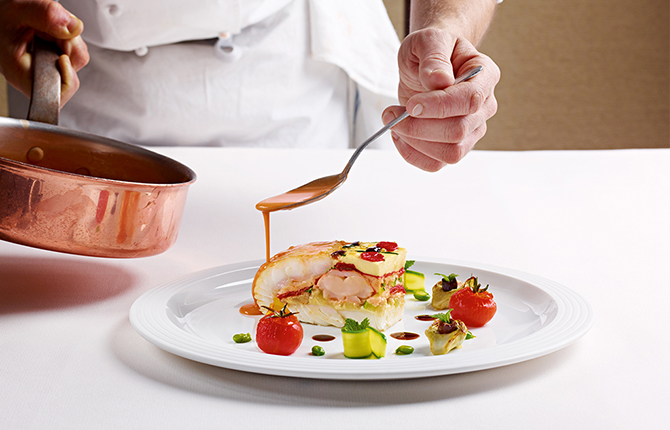 ’Tis the season for giving thanks. For many, this includes hours in the kitchen, but Michelin-starred chefs from New York to San Francisco are preparing five-star Thanksgiving dinners so you don’t have to—providing another reason to be grateful. Menus include everything from gastronomic interpretations of traditional favorites, such as roasted turkey with cranberry confit and foie grass stuffing, to bacon-wrapped yellowfin tuna, porcini-crusted arctic char, and prime rib.