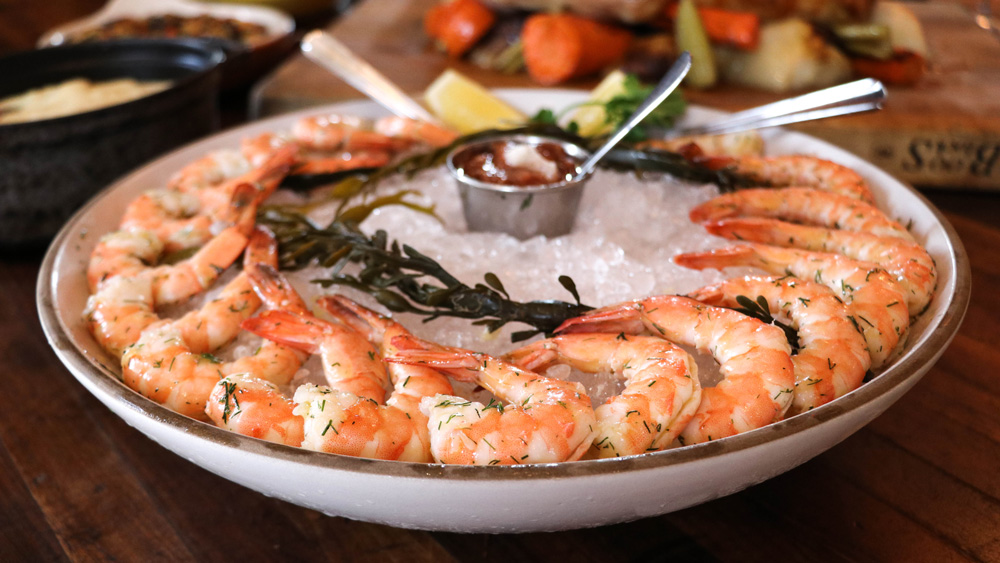 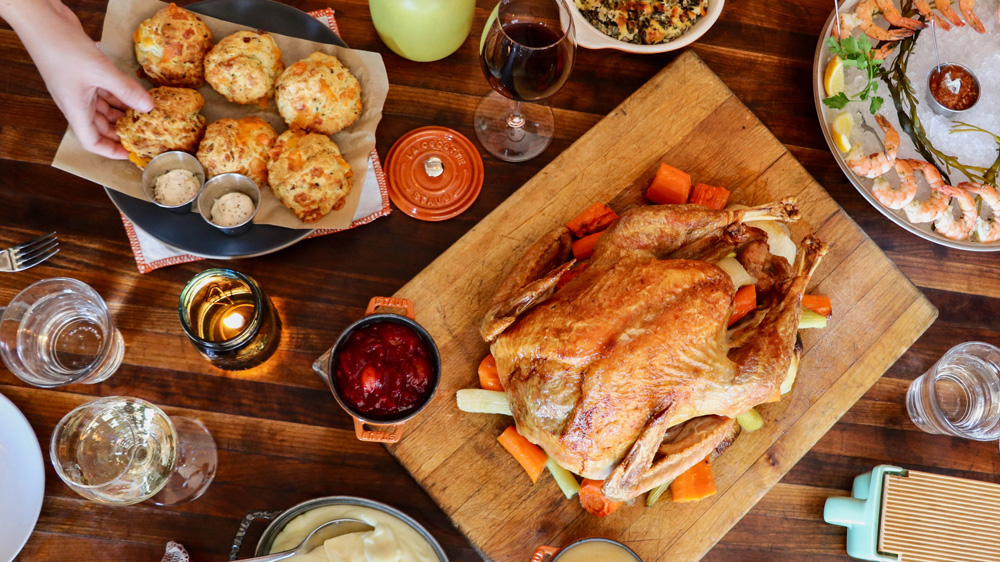 Chef David LeFevre and his team behind SoCal’s M.B. Post, The Arthur J, and Fishing with Dynamite unite to create a to-go menu that combines traditional Thanksgiving fare with a dash of the unexpected. The cranberry relish receives an acidic pop with the addition of kumquats, while candied yams are dressed in a boozy bourbon glaze with winter-spiced pecans. The herb-brined Diestel turkey—either 15 to 17 pounds or a whopping 20 to 22 pounds—will be accompanied by bacon cheddar buttermilk biscuits, mashed potatoes, and brioche stuffing with pork sausage.

No holiday feast is complete without at least a bottle or two of exceptional wine. A pairing list is available and includes such notable vintages as the 2013 Araújo “Altagracia” Bordeaux Style Blend from Napa, a 2013 Martinelli “Martinelli Road” Chardonnay from Russian River, and the 2013 Dauvissat “Les Clos” Chablis from Burgundy. End the evening with pumpkin pie enjoyed by the fire with your closest family and friends.