Looking for Robb Report UK? Click here to visit our UK site.
×
prev
3 of 7
next
#3
Bardot Brasserie at the Aria Resort & Casino 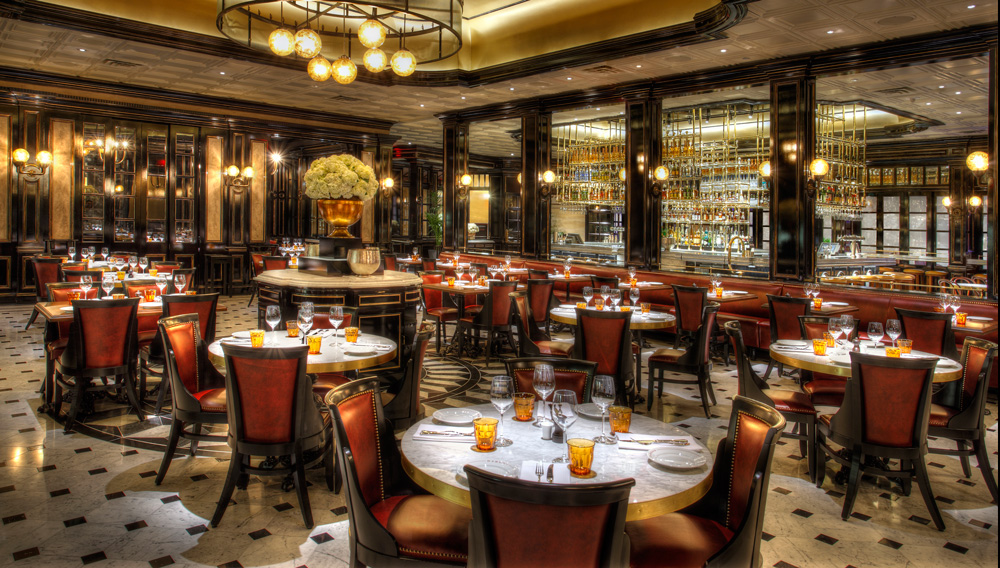 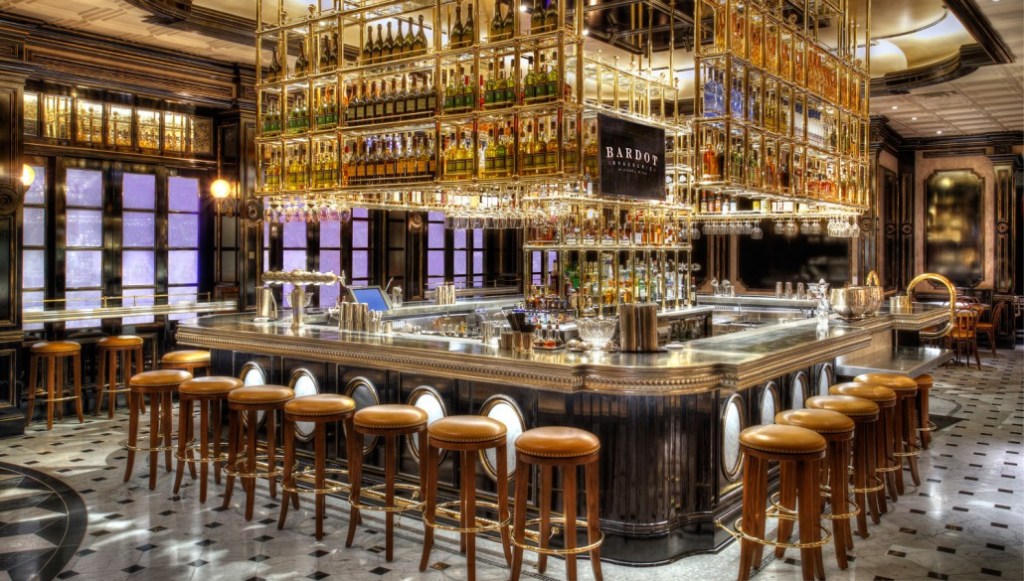 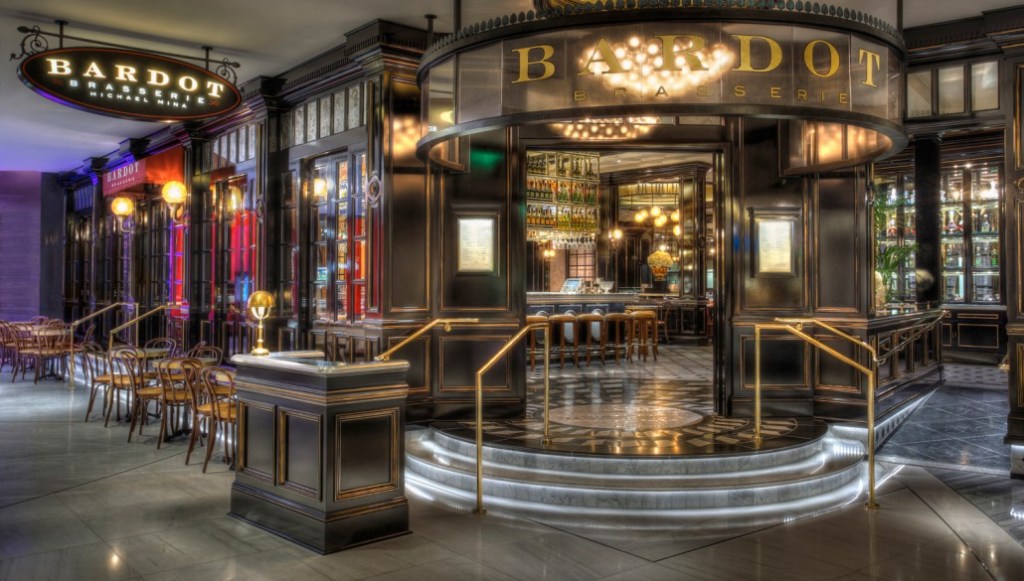 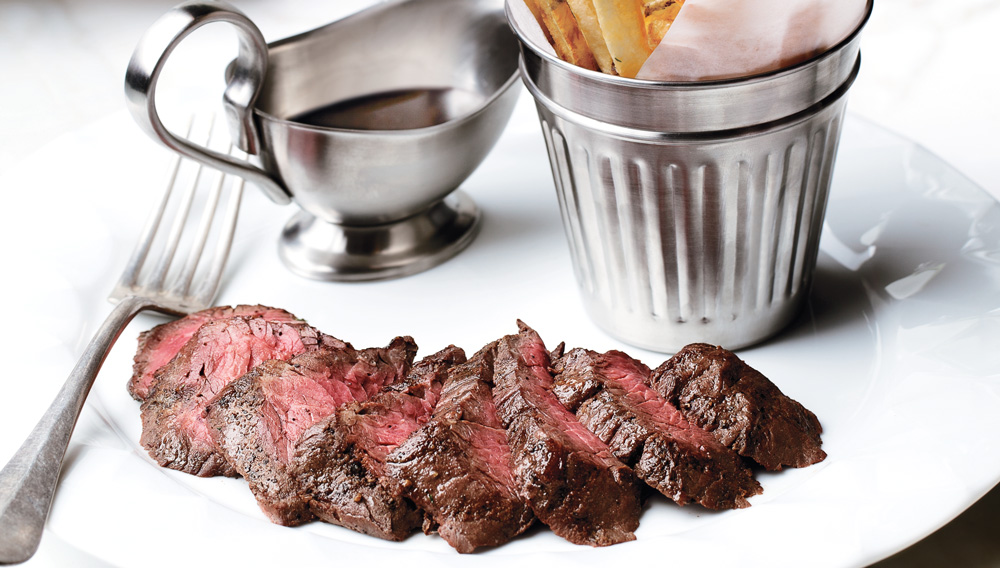 The multiple-award-winning celebrity chef Michael Mina knows a good location when he sees it. Following a mega-dollar makeover, what once was American Fish has been transformed into Bardot Brasserie, an elegantly nostalgic slice of Paris. Mina kept the open kitchen from American Fish, but that is all that remains of the previous restaurant. Black lacquer with gold accents, marble, and low lighting set the mood for foie gras parfait—puff pastry shells coiled around Burgundian escargot—and onion soup gratinée, sporting a soft-poached egg designed to spread its warm yoke throughout the Périgord truffles and deboned braised oxtail that await beneath thick crusted cheese.

Entrées include heritage chicken rôti—its juices sealed in by a crisp, golden-brown skin—resting on a bed of buttered green beans, mushrooms, and brioche pudding. The oak-fired Duroc pork chop is served with bacon lardons, baby carrots, and potato purée. Or try the lobster thermidor for two, served with brandy cream and béarnaise sauce. Sides of macaroni gratinée and beef-fat french fries are French interpretations of two classic Mina dishes, but the Chocolate Marcaron and Lemon Meringue Tart are pure Bardot Brasserie creations.

All of this falls under the watchful eye of executive chef Joshua Smith, a Las Vegas native who has worked with chef Mina for years. The Bardot Brasserie fare was developed after researching numerous belle epoch menus from some of that era’s best Parisian restaurants and hotels, and tweaking them slightly.

“Having been classically trained, it’s exciting to jump back in and reapply all of the French techniques I have learned,” said Mina. “Classic French brasserie fare is naturally comforting. It’s got a long, rich history—there is some decadence with dishes that are rich, but there’s also a humble showing of dishes with roots in peasant cuisine.” (702.690.8610, aria.com)