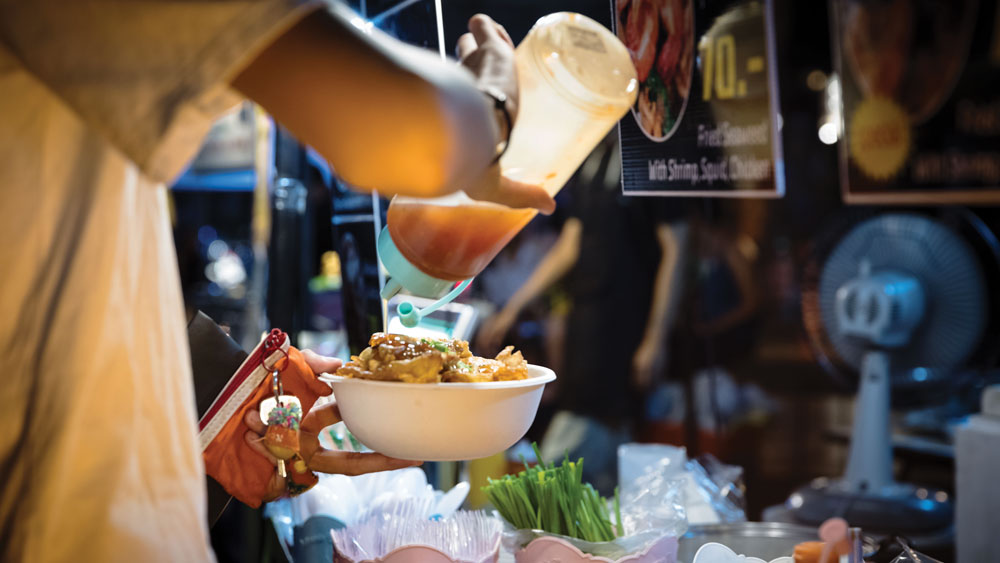 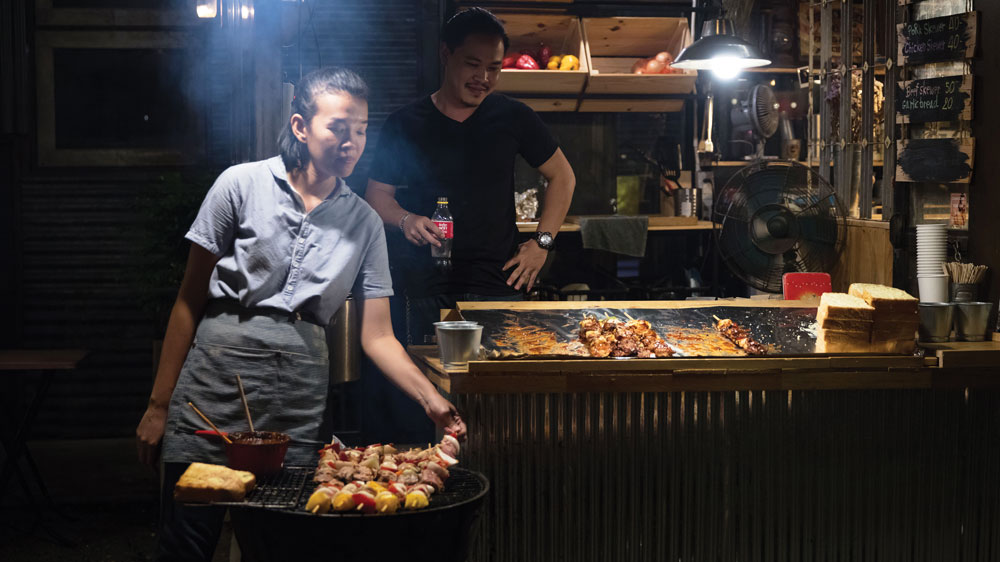 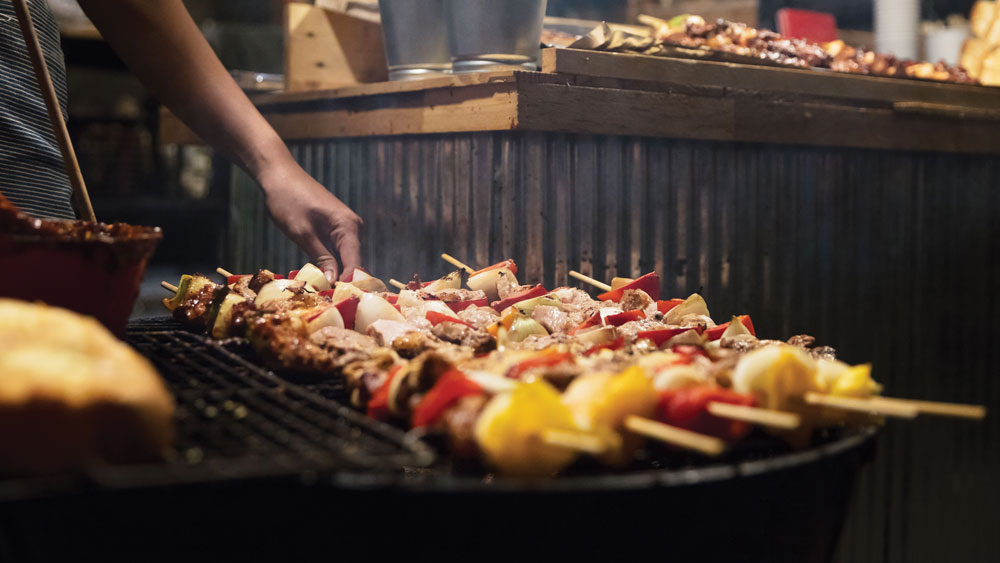 For nearly a year, chef Leah Cohen lived in Southeast Asia to explore, eat, and cook. She fell hard for Thailand and her cooking was changed. When she returned, the chef who was formerly on a fine-dining track opened Pig and Khao on New York’s Lower East Side, serving outstanding versions of her favorite meals from her travels, especially from night markets.

Across Southeast Asia, as the sun sets, the cities’ bustling bazaars come to life. With a mix of merchants selling wares, musicians performing, bars slinging drinks, and street-food vendors whipping up delicious fare, the markets become a rich social hub for tourists and locals alike. Exploring them should be on any food adventurer’s list, and Cohen offers her expertise in tackling them.

Bangkok has multiple night markets to choose from, and Cohen’s favorite is the JJ Green Market. Walking in, it may be a bit overwhelming, but let the wisdom of the crowds guide you, she says. “If you see 15 locals lining up at a food stall for a specific dish, you know it’s good.” While she’s sampling food from all around the market, Cohen gravitates to a variation on larb—the traditional spicy salad made with minced meat—where instead of chopped pork, the dish is made from fried chicken. And she especially craves the mussel pancakes, where the shellfish are mixed with a rice-flour batter and then cooked in oil on a wide griddle.

“The mussel-pancakes vendor also does pad thai,” Cohen says. “It’s so cliché to say, ‘Go to Thailand and eat pad thai,’ but it’s so much better than any pad thai you’ve ever had. You’ll really get to appreciate what pad thai is supposed to taste like.”