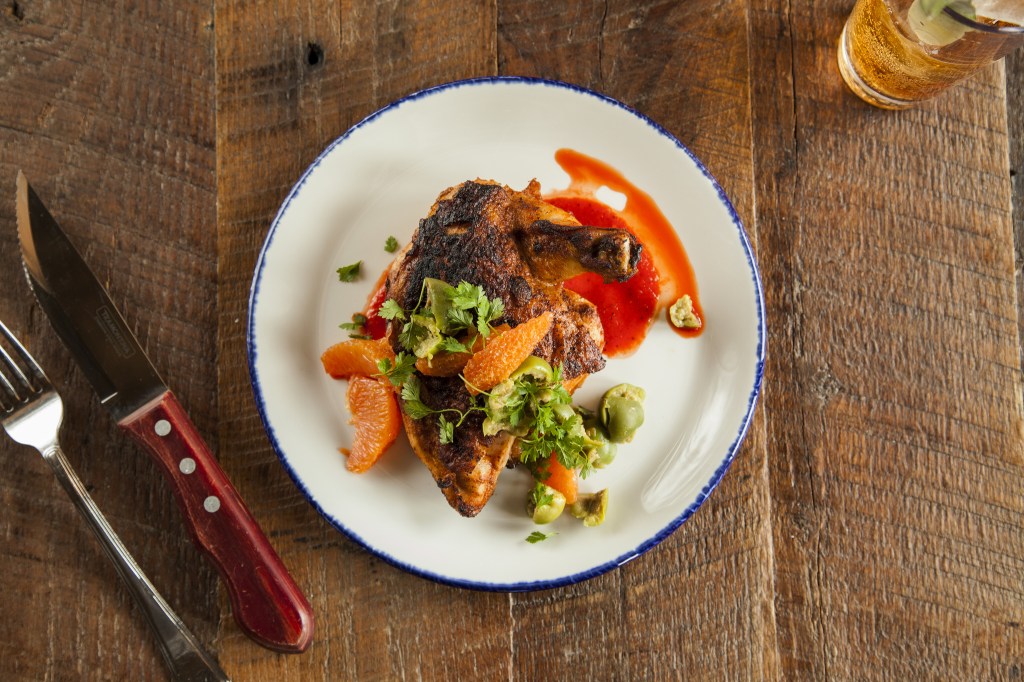 The West Loop is certainly Chicago’s most combustible dining scene at the moment, and Soho House just opened the neighborhood’s crowning jewel: Nava. The twinkle of city lights emerges as the sun sets and the energy of the city moves from street to sky. Cozy, pillowed booths look out on tasteful rough-hewn tables and striped chaises around the club and hotel’s pool.

Nava elevates frozen drinks with such concoctions as a delectable turmeric-​and-honey Negroni. The cuisine has a strong Mediterranean influence, as evidenced by starters of falafel with tahini and calamari that gets a sprinkle of Aleppo pepper and preserved-lemon aioli. The cauliflower—worthy of a main course—is roasted in a wood oven with cured lemon, tomato-seed oil, herbs, and chopped pistachios. A juicy, seared sea bass comes wrapped in grape leaves with a roasted green-pepper salsa.

In this social setting, flatbreads could easily be given a standard treatment; but Nava’s chefs created a standout spiced-lamb version dotted with medium-rare slivers of lamb mixed with tomatoes, sesame, harissa, and pickled onion. The cuisine here might make it one of the best of Soho House’s many options nationally. Nava is open to club members and their guests as well as to those staying at the hotel.