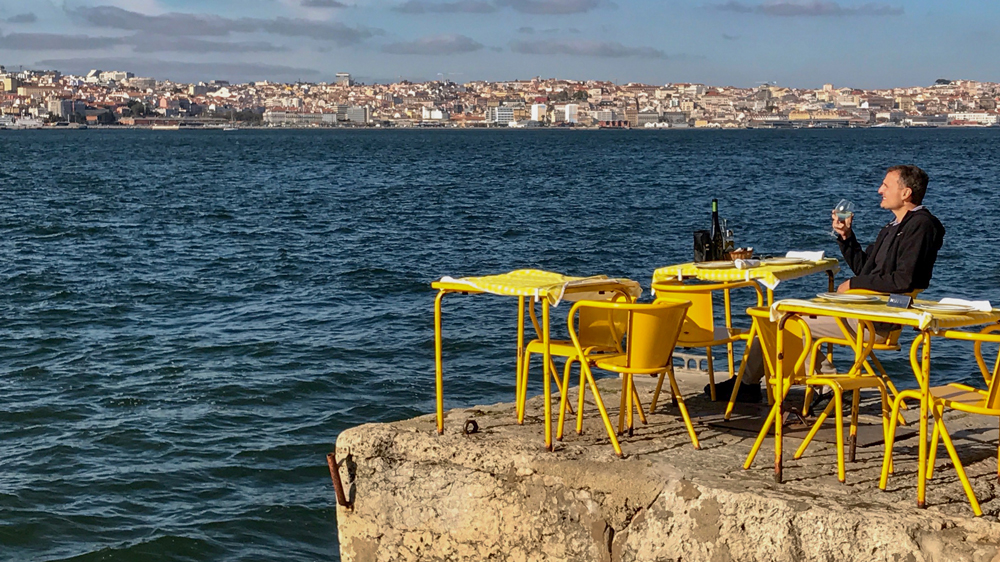 As he ambled through the desert on a camel, Phil Rosenthal was amused by his own discomfort. The feeling was mutual. The animal—seemingly not a fan of the star of Netflix’s Somebody Feed Phil—groused and groaned under the weight of its passenger. Of course, as you’d expect from Rosenthal, he mined his mild irritation for comedy. These scenes from Marrakech are the perfect entrée to the new season of is hit Netflix travel-food series, which premiered worldwide on May 29.

Two decades ago Rosenthal wouldn’t have predicted he’d be in north Africa exploring Moroccan culture and cuisine. He started making his name in the entertainment business writing for sitcoms like Coach and when he saw Ray Romano do a standup set on David Letterman, it changed the trajectory of his career. In the wake of that performance, Rosenthal went on to create the hit comedy Everybody Loves Raymond, based on both his and Romano’s families. The success he found with the sitcom allowed him to indulge his love of food and travel in his free time. Eventually, Rosenthal was able to transition that passion into the PBS show I’ll have What Phil’s Having and then eventually into his Netflix series, where his eating adventures have included weeklong stints in Lisbon, New Orleans, Venice, Saigon, Capetown and more.

We sat down with Rosenthal on Instagram Live to discuss the latest season of Somebody Feed Phil, how shows like his can offer a fun bit of escapism while we’re all cooped up inside, his travel tips, favorite music and places he can’t wait to venture to once the Covid-19 crisis subsides.

The star of Netflix’s travel-food hit Somebody Feed Phil, @phil.rosenthal, joins our culinary editor @jrepanich to discuss the new season, favorite destinations and how he transitioned from writing sitcoms to exploring the world.