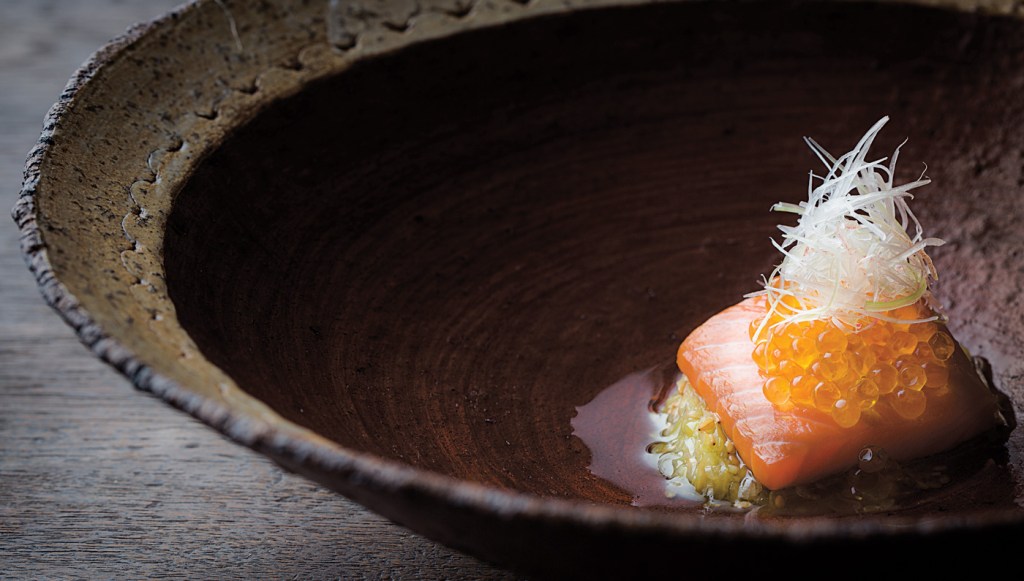 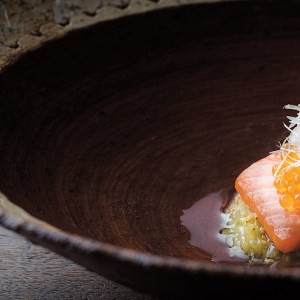 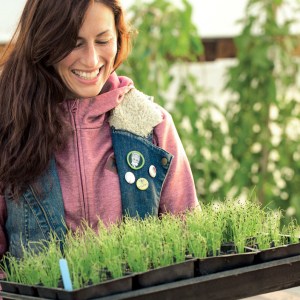 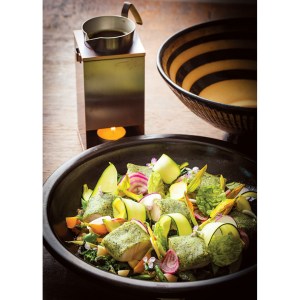 It is admittedly obsessive. Chef Kyle Connaughton—who formerly headed the research and development kitchen for Heston Blumenthal’s Fat Duck in the United Kingdom and has cooked at restaurants from Spago in Beverly Hills to Michel Bras in Japan—rethought every detail of the dining experience at Single Thread (single​threadfarms.com), the highly anticipated new restaurant he opened in Healdsburg, Calif., with his wife, Katina.

“We’ve been together since we were 15,” Connaughton says, “so it’s been a very long conversation between the two of us, traveling, dining, seeing what we liked.”

The traditional Japanese inns called ryokan, and their intense devotion to hospitality and intricate kaiseki menus, inspired the couple the most. But clearly, Single Thread is something entirely new—beginning with the moment before you step through the rustic wood door, when an unseen facial-recognition camera identifies you and sends an alert that you are about to arrive. You will be greeted by name with a cup of warm cider, then ushered to a table in the serene dining room. Every element—from the softly polished furniture to the ceramic serving pieces—was designed to the Connaughtons’ specifications. The lighting system is wired to an atomic clock, so it knows when the sun sets each night and subtly changes seven times throughout the evening.

The exquisite 11-course menu ($293, including tax and service) is built around ingredients grown by Katina at the restaurant’s nearby 5-acre farm, and Kyle showcases them in dishes so beautifully plated they are nearly floral arrangements. The first course, called Mid Winter in Sonoma County, is presented as a landscape, with a series of 12 single bites—celery root roasted in a salt crust with bergamot remoulade, a silky chawan mushi custard, wild mushrooms cooked in white miso with crisp chicken skin—all placed on a soft bed of moss collected that morning on the farm. “A snapshot of the day,” Kyle says. And it sets the tone for the evening: an appreciation of fleeting moments, with an invisible depth and intention.

Courses that appear to be simple are filled with complexity. The dish called Sunchoke looks like a tumble of the roasted roots with watercress and pine nuts. But they have been baked in a Japanese clay pot called a donabe until they are deeply earthy, then cut and finished over almond wood in the hearth. Some are pureed with bone marrow. Others are left whole and dabbed with a preserved-lemon vinaigrette. Bits of Mangalitsa pork jowl—brined and cooked sous vide, some crisped over open flames—add a final contrast of flavor and texture.

It is a delicious menu, and a delicate, full sensory experience that reaches far beyond the table. “People will always need a place to escape and recharge,” Kyle says. “And that is the future of fine dining.”