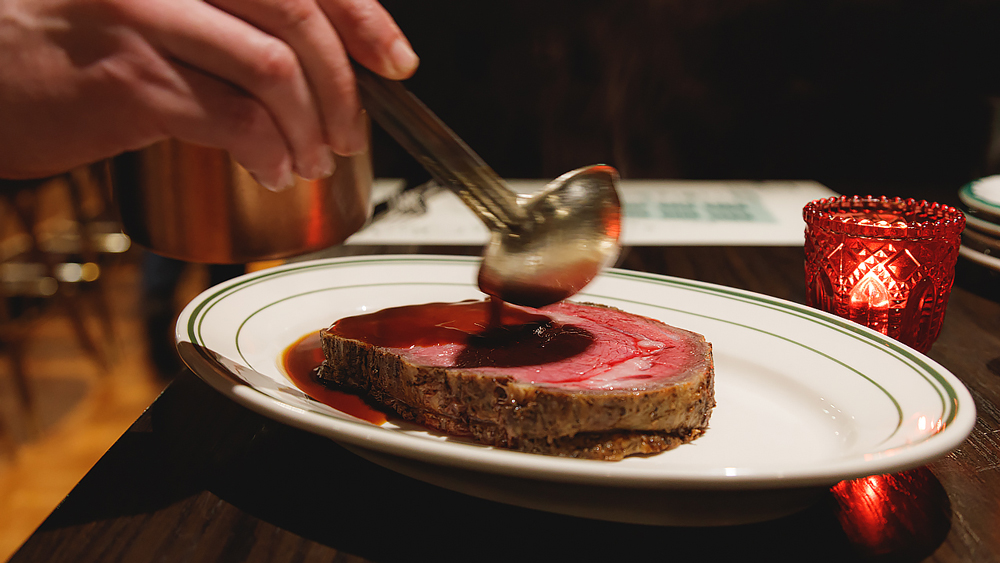 Achatz, who helms Alinea Group and owns the one of the world’s meccas of modernist cuisine Alinea, surprised the dining community earlier this month when he opened St. Clair Supper Club, a Midwestern-specific take on an Midwestern style of dining. The atmosphere is homey and the menu is limited, to say the least. It’s as if Achatz took a reprieve from his award-grabbing persona and threw himself into this project for pure, nostalgic fun. It’s part of a larger trend where Midcentury Americana food is making a comeback—from The Grill in New York to Birdie G’s in Santa Monica.

“Both Grant and I grew up in the Midwest and in our youth frequented supper clubs in Michigan and Wisconsin,” co-owner Nick Kokonas told Robb Report. “They are a Midwestern tradition and part of our shared history. Supper clubs are neighborhood restaurants, usually in rural areas, that had simple but delicious fare in a casual environment. But, that’s not saying much—you kind of need to have been to one in order to understand what it is.”

In addition to the mysteriousness of it all, Achatz and Kokonas had fun with the reveal of St. Clair, too. In early June, after much speculation, Kokonas leaked the name and concept of the secretive restaurant in a tweet. It would be located in the basement of Roister, Achatz’s casual dining spot in Chicago’s West Loop neighborhood, which has become dining mecca this decade. On June 25, at an event in Singapore, Alinea was named No. 37 on the 2019 World’s 50 Best list. And less than a week later, on July 1, without warning, St. Clair Supper Club—named after Achatz’s hometown in Michigan—opened for business.

“This one we’re just going to let fly without any real announcements,” Kokonas had told the Chicago Tribune a month prior.

St. Clair’s à la carte menu mirrors the rigid tasting menu that Alinea is known for in that there are no options: You get what you get. At St. Clair, that means prime rib with au jus, the only meat they serve. It is cooked medium-rare and cut to order four ways. Don’t even bother asking for it well done.

The cocktail and dessert menus have a soothingly sweet Midwestern accent. You can order a brandy old fashioned, famous in the region for swapping out the traditional whiskey for brandy and throwing in some cherries and oranges. And there’s frozen grasshopper pie, a vintage, no-bake dish that includes chocolate and crème de menthe, plus strawberry shortcake made with Amaretto liqueur.

The restaurant’s retro-cool website was already claiming it was “world famous” for its “delicious food and drinks” even though it had only been open a handful of hours. And it proudly boasts its designation as a “meat and potatoes spot,” recommending that vegetarians and anyone else with food allergies or dietary restrictions dine elsewhere. That language is decidedly non-fine dining and non-Alinea, and Achatz probably couldn’t be more delighted.

Reservations are currently available through Tock.