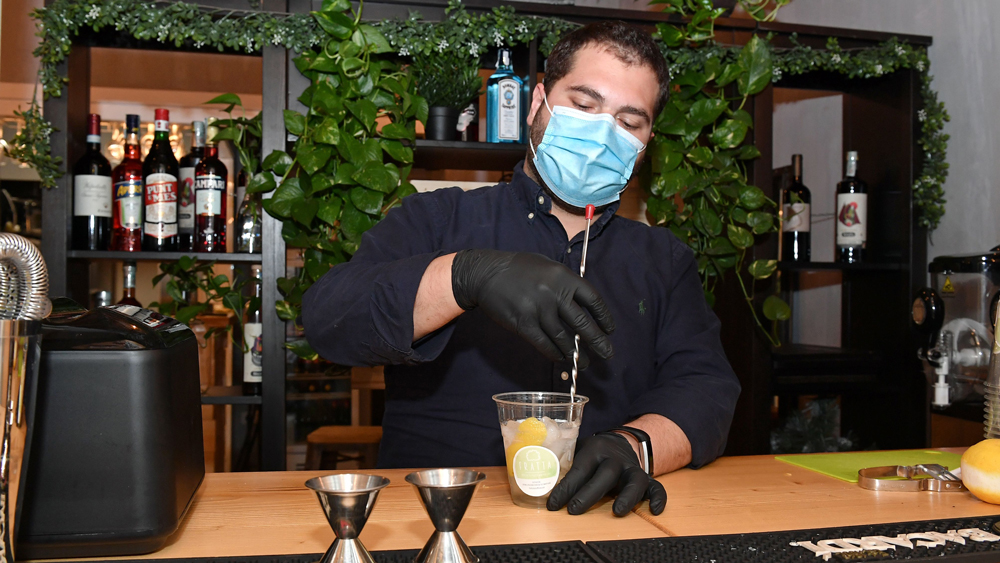 Across the Southern half of the United States, stretching from California to Florida, Covid-19 cases are surging not long after the country began reopening the economy. Arizona set a record for new infections on Saturday as did Florida and Georgia, while Texas broke its record for hospitalizations for the fifth consecutive day. California, Mississippi and Alabama also set records for new Covid-19 cases within the past week.

Recently, individual restaurants and bars began closing of their own volition when one or more of their employees tested positive. Now governments are acting on a larger scale to quell the pandemic. On Friday, both Texas and Florida—whose governors had been strident about their states’ ability to reopen safely—had their plans run headlong into reality. So Greg Abbott of Texas and Ron DeSantis of Florida made an about-face, closing bars throughout each state in the face of a growing health crisis.

“If I could go back and redo anything, it probably would have been to slow down the opening of bars, now seeing in the aftermath of how quickly the coronavirus spread in the bar setting,” Abbott told KVIA, an ABC affiliate in El Paso on Friday.

In Houston, the crisis is especially acute. On Thursday, Houston’s Texas Medical Center, the largest hospital in the state, reached 100 percent ICU capacity.

“I wasn’t surprised by the order to close because of the amount of surging Covid-19 cases in the city and state,” Alba Huerta, owner of acclaimed bar Julep in Houston, told Robb Report. “I was surprised that bars took a huge blame when there were many other factors that were mishandled with the early reopening of the economy, the lack of support structure for the service industry and also surprised that there wasn’t a state order for masks in conjunction with reopening.” Abbott still isn’t mandated masks in Texas, but Harris County now requires them in Houston.

California Governor Gavin Newsom, who made wearing a mask in public a requirement statewide on June 19, didn’t close all bars in the Golden State, but on Sunday targeted counties where the outbreak was spiking.

Though he closed bars in the Texas, Abbott allowed restaurants to remain open for dine-in service, but reduced their capacity from 75 percent back down to 50 percent.

“We’ve been carefully watching the spike in cases, so we took capacity back down to 50 percent about a week and half before Governor Abbott’s announcement on Friday,” Chris Shepherd, owner of multiple Houston restaurants, including Georgia James, told Robb Report. Shepherd was recently on Dave Chang’s podcast to discuss the extraordinary measures his restaurants were taking to stay safe, but even acknowledged that he saw a lot of places not approaching reopening with the same amount of caution. “My frustration comes from the fact that we don’t have a lot of guidance from our local, state or federal government.”

Award-winning Houston bar owner Bobby Heugel has used social media in recent days to voice his frustration. He has called out the government for not enforcing mask use by patrons, and has highlighted how other bars and clubs in the area did not respect capacity and social distancing guidelines. Bars may see an extended, government-mandated shutdown because of this, and they’re wondering what’s next. “From the bar owner perspective, we were an afterthought in the initial closing of the economy,” Huerta says. “And because we are currently the only businesses closed, bars and a rafting place [Texas also closed businesses that rented out innertubes to float down rivers], we are clearly still an afterthought.”

The new wave of closures comes at a precarious time for the hospitality industry, as federal funds made available in the early days of the pandemic are drying up. The additional $600 unemployment subsidy for workers who have been laid off expires on July 31, and restaurants and bars that did receive Payroll Protection Program loans have burned through that money to reopen. “Our PPP is gone, and although we’re pushing for the Restaurants Act-stabilization fund, I can’t depend on that,” Shepherd says. “I want to take every step I can to ensure my staff is healthy—physically and financially. It’s like walking a tight rope.”