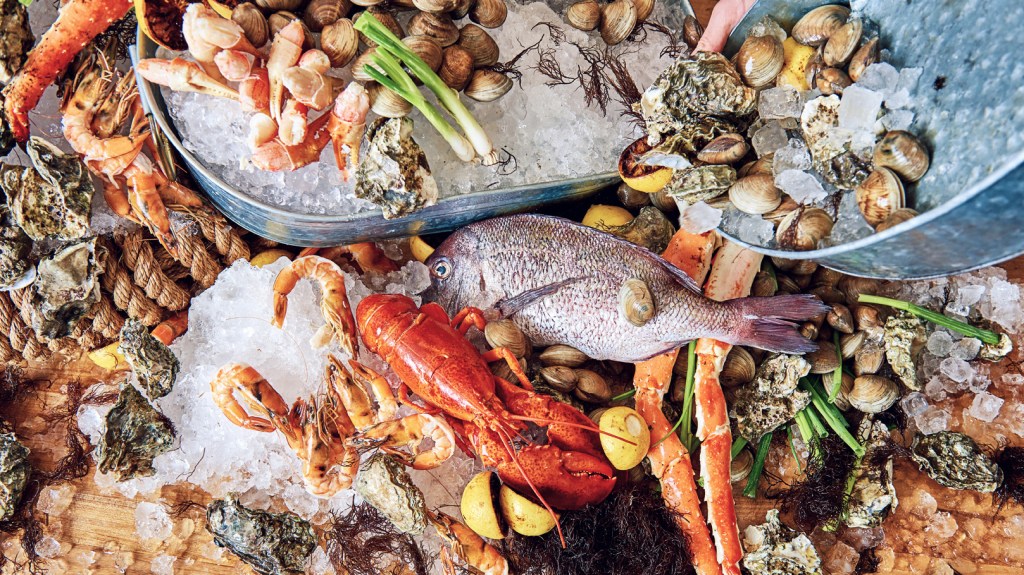 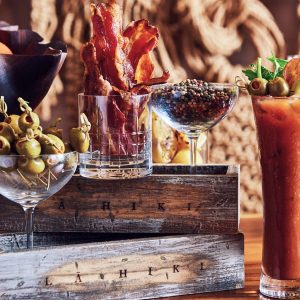 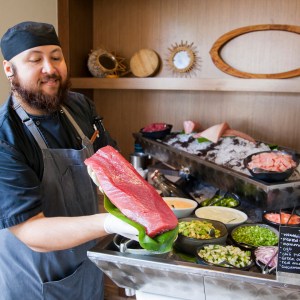 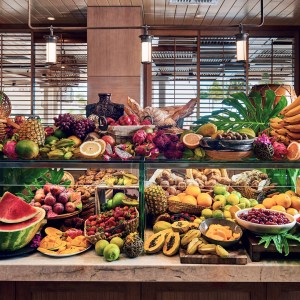 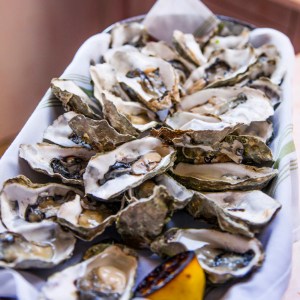 Invented by the British and turned into a full-blown occasion by Americans, brunch has become the best way to waste a perfectly good Sunday. Finding the right place to spend hours among friends, coffee, Bloody Marys, and eggs can elevate this midday ritual from good to great. So we’re in pursuit of the best brunches around, no matter where that journey takes us. This week, we venture to Hawaii, where the Four Seasons Oahu at Ko Olina whips up a decadent party for the palate with a healthy helping of aloha.

Named for the Hawaiian phrase mai ka la hiki a ka la kau (“from sunrise to sunset”), La Hiki Kitchen is one of three restaurants on the property, along with Noe and Fish House (soon to relaunch as a Michael Mina restaurant). Arguably the most casual of the three spots, the open-air La Hiki Kitchen offers easy-breezy tropical dining with plum views of the pool and Pacific Ocean beyond.

Since the resort is located on Oahu’s west side—still largely untapped by tourism—a number of locally owned farms and fruit stands are within close reach, and it shows in the selections. Think native ginger; fresh, exotic fruits like lilikoi, dragonfruit, longan, and Makaha mangoes; and local fish such as opah and onaga (long-tail red snapper).

Though the restaurant has only been offering its Sunday brunch since June, its brunch game is already strong. In fact, Frolic Hawaii recently dubbed it “Oahu’s best brunch buffet.”

La Hiki Kitchen’s aptly named “Brunch for All Seasons” dares diners to choose their own culinary adventure with an almost dizzying array of food stations. Along with classic staples like a prime-rib carving station, Bloody Mary bar, frittata station, and waffle bar, this bustling buffet delights in the unexpected.

Hit the raw seafood bar for crab claws and several varieties of oysters, or design your own poké cup at the DIY bar—where you can choose from ahi, Hamachi, swordfish, and even tako (octopus) poké topped with local limu and various dressings. As a nod to the hotel’s high percentage of Asian travelers, the noodle bar offers a wide selection of specialties, including Chinese dim sum, Japanese somen noodles, and Korean-style kimchi pancakes.

If dessert beckons (and it should), chef Helen Hong’s pastry station delivers, with everything from cake pops to toffee bread pudding to churros fresh from the fryer. True to form, there’s also a malasada station on hand for those who want to sample the Hawaiian fried-dough favorite.

The resort’s brunch attracts a high ratio of locals, giving it the islanders’ stamp of credibility. (In fact, Knaubert estimates that as many as 90 percent of brunch guests come from outside the resort.) As buzz has built outside the resort for the brunch, so has the buzz inside the restaurant—but the lively din just adds to the atmosphere.

For those with little ones, La Hiki Kitchen offers a discounted Keiki buffet as well as a supervised “Keiki Corner” in the private dining room. It’s manned by Kids for All Seasons staff so that adults can get their brunch on with ease.

We’ll raise a guava-infused mimosa to that.