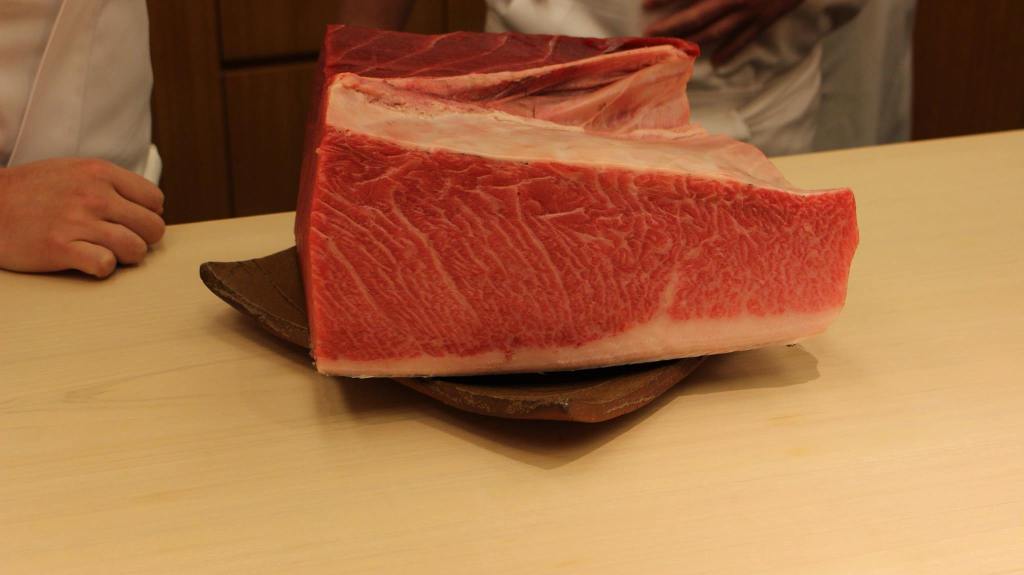 Earlier this month, Tokyo’s famed fish market, Tsukiji, held its final new year’s auction before it relocates to make room for the 2020 Summer Olympics. The 80-year-old market went out with a bang, auctioning off a massive 893-pound Pacific bluefin tuna for 36.5 million yen, which is $323,195, or about $362 per pound.

It wasn’t the self-proclaimed “King of Tuna,” Kiyoshi Kimura, taking home the big prize this year as he’d done for the last seven. Kimura was outbid by Hiroshi Onodera, owner of the restaurant chain Sushi Ginza Onodera, who finally notched a win at the highly competitive auction. Once he emerged victorious, Onodera had to decide what to do with 893 pounds of highly coveted (and slightly controversial because it’s so overfished) bluefin tuna. After all, a representative for Onodera estimated that they’ll be able to get 13,000 pieces of sushi out of the one fish.

He won’t be keeping it just in his homeland. Onodera owns restaurants not only in Japan, but in the last few years has expanded to America, opening a high-end sushi counter in New York and Los Angeles. This past year, the New York location, where dinner can cost $400 per person for a tasting menu, was awarded its second Michelin star.

It’s his luxe Manhattan omakase restaurant where he’ll be sending the tuna, giving New Yorkers the chance to sample some very expensive sushi if they dine there this week. However, the plan isn’t to raise prices because of the arrival of the expensive fish; diners will get to enjoy it as part of the menu chef Masaki Saito prepares that day. Besides, turning a big profit on the fish sold to the highest bidder at the auction isn’t really the point. The restaurateurs fiercely bidding for tuna are doing so less to find fair market value of the fish and more to secure bragging rights and publicity for their restaurants.